Daryl Turner said he’s open to conversations about how policing should evolve but doesn’t support the change Mayor Ted Wheeler laid out on Tuesday. 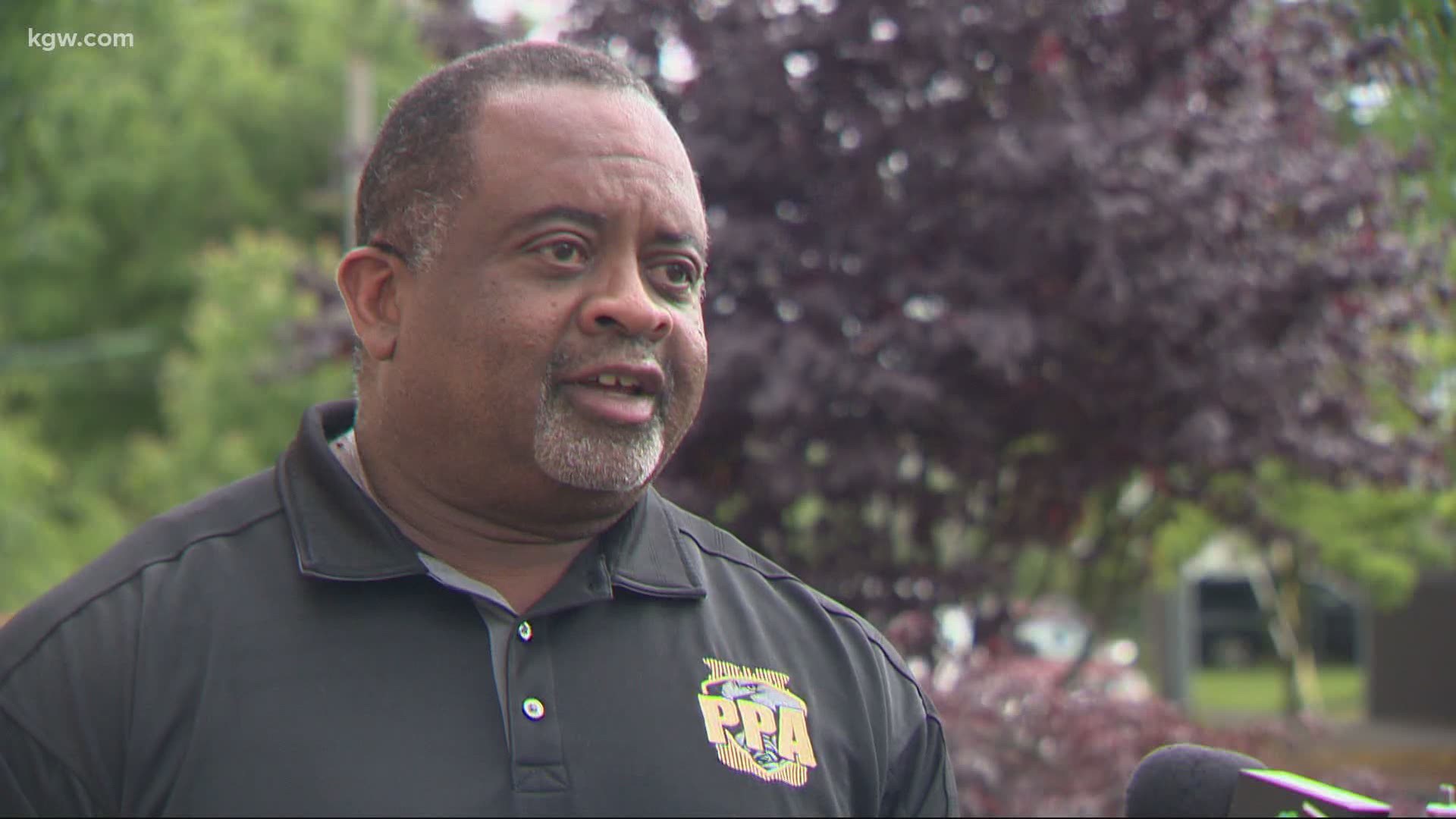 “The knee-jerk reaction to what’s happening in the protests is not the answer,” said Daryl Turner, president of the Portland Police Association.

Earlier on Tuesday, Wheeler released a list of police reforms, many of which were demands from demonstrators who have been protesting for two weeks since the death of George Floyd in Minneapolis police custody on Memorial Day. In addition to disbanding the GVRT, Wheeler said transit specialty units will also be disbanded. Additional reforms include a ban on chokeholds except in life-or-death situations, reforming the use of consent searches in traffic stops, the redirection of over $7 million from the Portland Police Bureau and $5 million from other city funds to invest in communities of color.

Turner said he’s open to conversations about how policing should evolve but doesn’t support the change Wheeler laid out on Tuesday.

“If this is police reform, we’re going in the wrong direction,” Turner said. “Obviously, we want to serve and protect the citizens of Portland and this is not the way to do it.

In a lengthy statement, Turner argued the bureau is understaffed and underfunded but expected to take on roles they go beyond fundamental policing. He said the bureau’s predicament is a “consequence of failed soci-economic issues.”

“Police are called to protect and serve, but we are handed inconsistent policies and unclear mandates,” Turner said.

Prior to Wheeler’s announcement on Tuesday, the bureau had already undergone changes as sustained mass demonstrations in the city continue. Armed school resource officers will no longer be in Portland schools, a move Turner opposed. Wheeler also directed officers not to use tear gas, or CS gas, unless there is "a serious and immediate threat to life safety." And on Monday, Jami Resch resigned as Portland Police Chief and Lt. Chuck Lovell was named the new chief.

It appears more change is on the horizon. Portland Commissioner Chloe Eudaly tweeted the mayor’s list of reforms are “a good step” but more needs to be done. Commissioner Jo Ann Hardesty said she will introduce several amendments at a city council meeting on Wednesday.

Wheeler, who is also police commissioner, said his office has received thousands of calls, emails and letters from the community demanding accountability.

"There’s no easy answer here. The community has spoken loudly and clearly. I have pledged as the mayor to listen and understand, to put ideas forward and to show real faith in transformational change,” he said.