Watch: Protesters in Portland march on I-84

The Portland Police Bureau said it had no prior knowledge that demonstrators planned to march on the interstate. 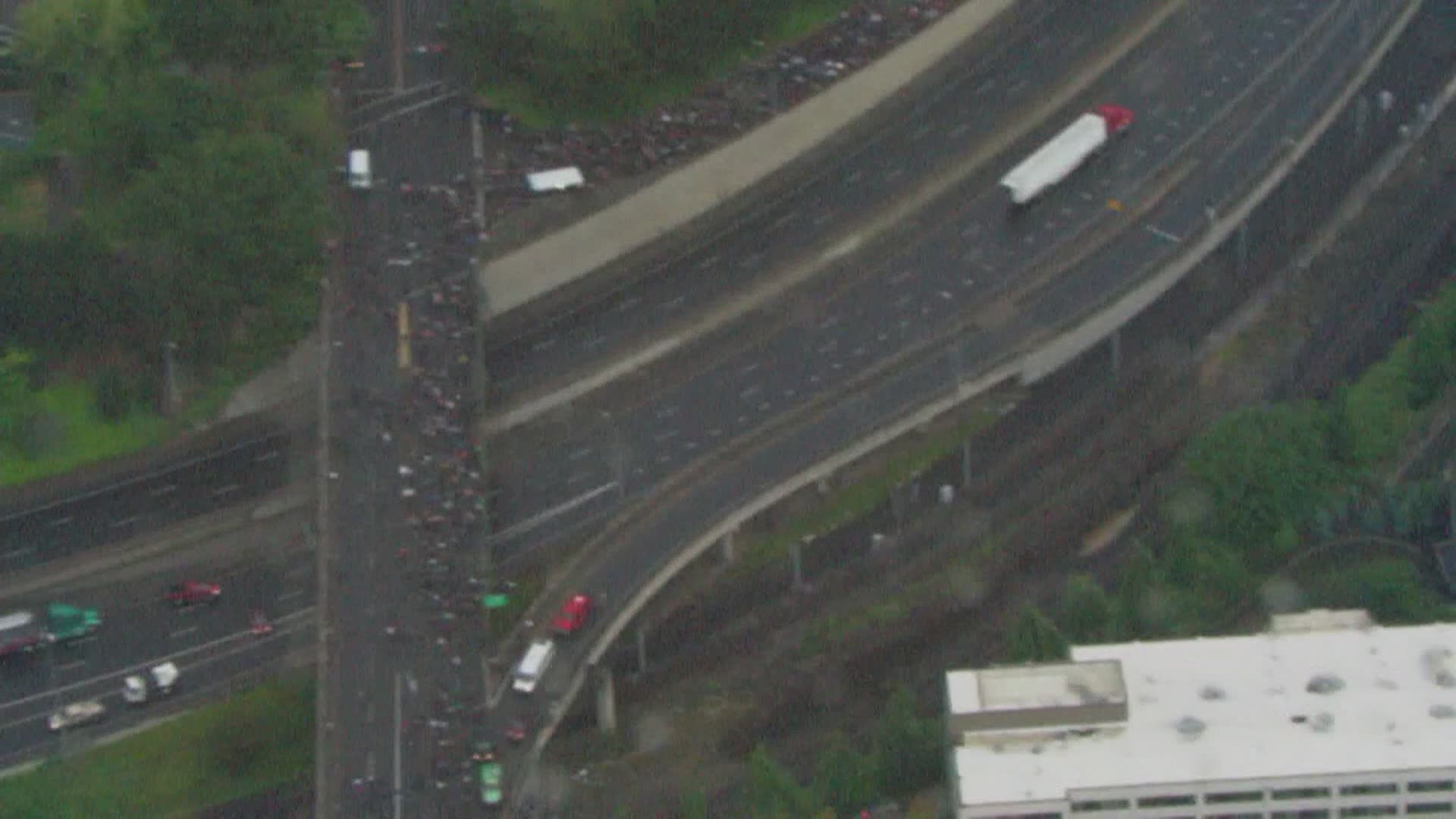 PORTLAND, Ore. — Thousands of demonstrators took over Interstate 84 for about 30 minutes Monday night during a march through Portland to protest police brutality and racial injustice.

The group of protesters started their march around 6:45 p.m. at Revolution Hall in Southeast Portland. About a half-hour later, they took an on-ramp onto the eastbound lanes. Protesters then also marched into westbound lanes, causing the Oregon Department of Transportation to close all lanes of traffic at 16th Avenue.

The group eventually exited at Northeast 33rd Avenue around 7:45 p.m., where they continued their march to Northeast 15th Avenue and Alberta Street.

Watch Sky 8 video of the march

The Portland Police Bureau said it had no prior knowledge that demonstrators planned to march on the interstate. A spokesperson said police believe there were drivers associated with the march who assisted with blocking Interstate 84 to allow the protesters to march on the freeway. Police say they're investigating a report of a driver who felt threatened during the march.

The surprise freeway march came as demonstrations in Portland continue two weeks after the death of George Floyd, the black man who died in Minneapolis police custody after a white officer knelt on his neck for nine minutes.

Protesters march on I-84 in Portland

Protesters are calling for systemic reforms of Portland police, including significantly cutting the funding of the bureau. On Monday, Portland Police Chief Jami Resch announced her resignation as chief and named Lt. Chuck Lovell the city's new police chief. Mayor Ted Wheeler, who is also police commissioner, pledged to reform and rebuild what public safety looks like in Portland. He said he plans to release a list of reforms he is pursuing on Tuesday.