A crowd formed just before 9 p.m. Saturday at The Fields Park before moving through the Pearl District neighborhood for a planned protest opposing ICE. 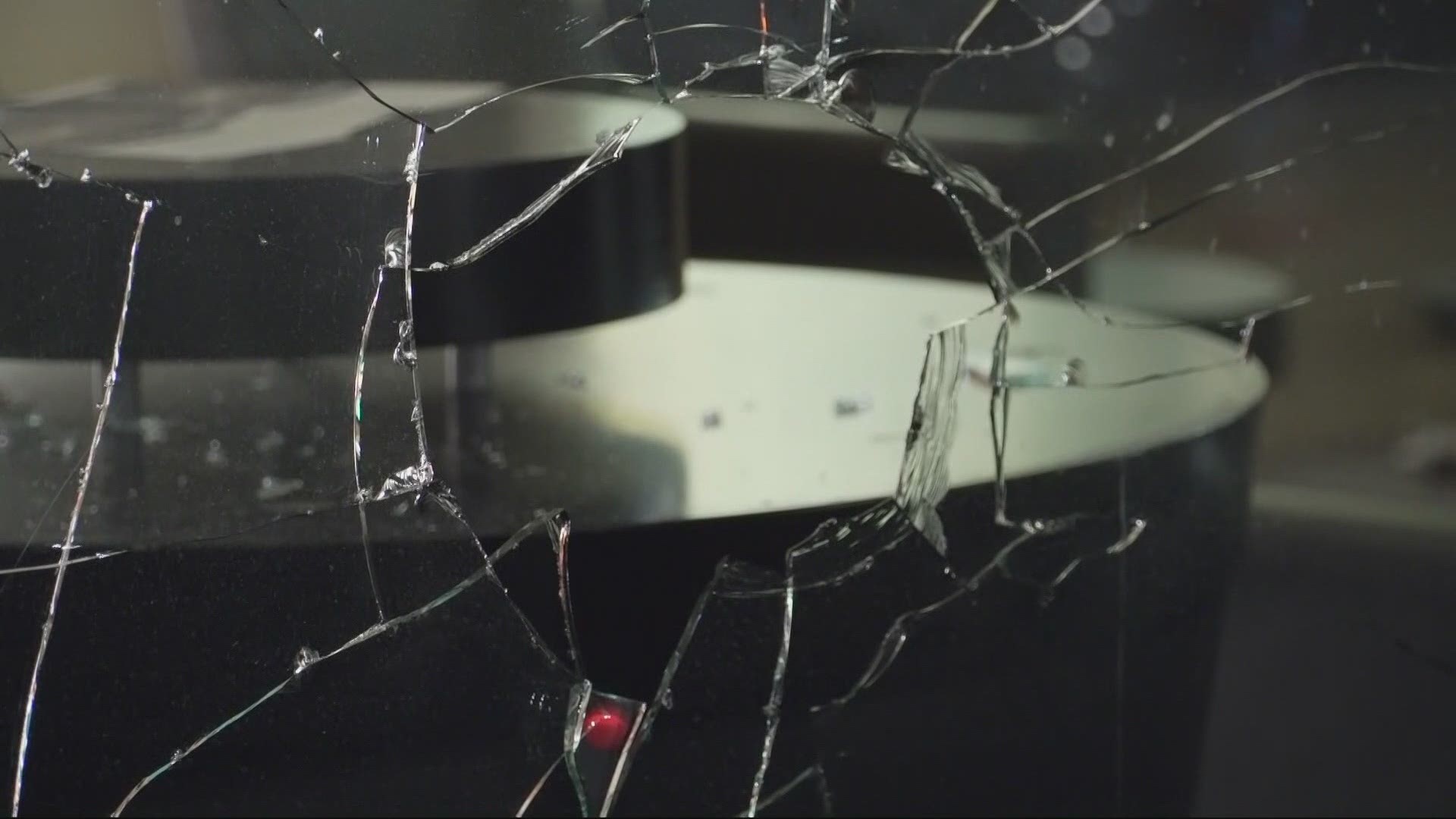 Crowds began gathering around 9 p.m. at The Fields Park at 1099 Northwest Overton Street.

Once the march began, some individuals in the group spray-painted the U.S. Citizenship and Immigration Services field office downtown.

Windows were smashed out at a handful of businesses as well as Safeway, Chipotle and Umpqua Bank.

Independent journalists who were walking with the march said businesses were damaged including the Starbucks downtown at 9:31 p.m.

According to other independent reporters marching with the group, a car belonging to a security company was also graffitied. KGW photojournalist Richard Gordon also reported multiple windows being smashed out at various businesses.

Lots of damage in the Pearl District tonight pic.twitter.com/YNW5QNnXn5

A march in the Pearl District Neighborhood has become destructive, with some windows broken and graffiti applied to buildings. Officers are responding. Announcements are being made by loudspeaker to the group:

Portland police said in a statement Saturday night, "...response was constrained by multiple shooting incidents happening across the city, limiting the officers available to address the criminal behavior in the protest."

Police said officers responded to criminal behavior and made two arrests. There were several items seized that could be used as weapons, including a large bat.

The damage could be seen in the aftermath downtown. Windows were broken at a grocery store, restaurant, bank, shipping business, and multiple coffee shops.

This demonstration came after an earlier protest during the afternoon at the ICE building in the South Waterfront neighborhood.