The Multnomah County Sheriff’s Office and Oregon State Police are working together as a "unified command" to address potential violence in Portland this week. 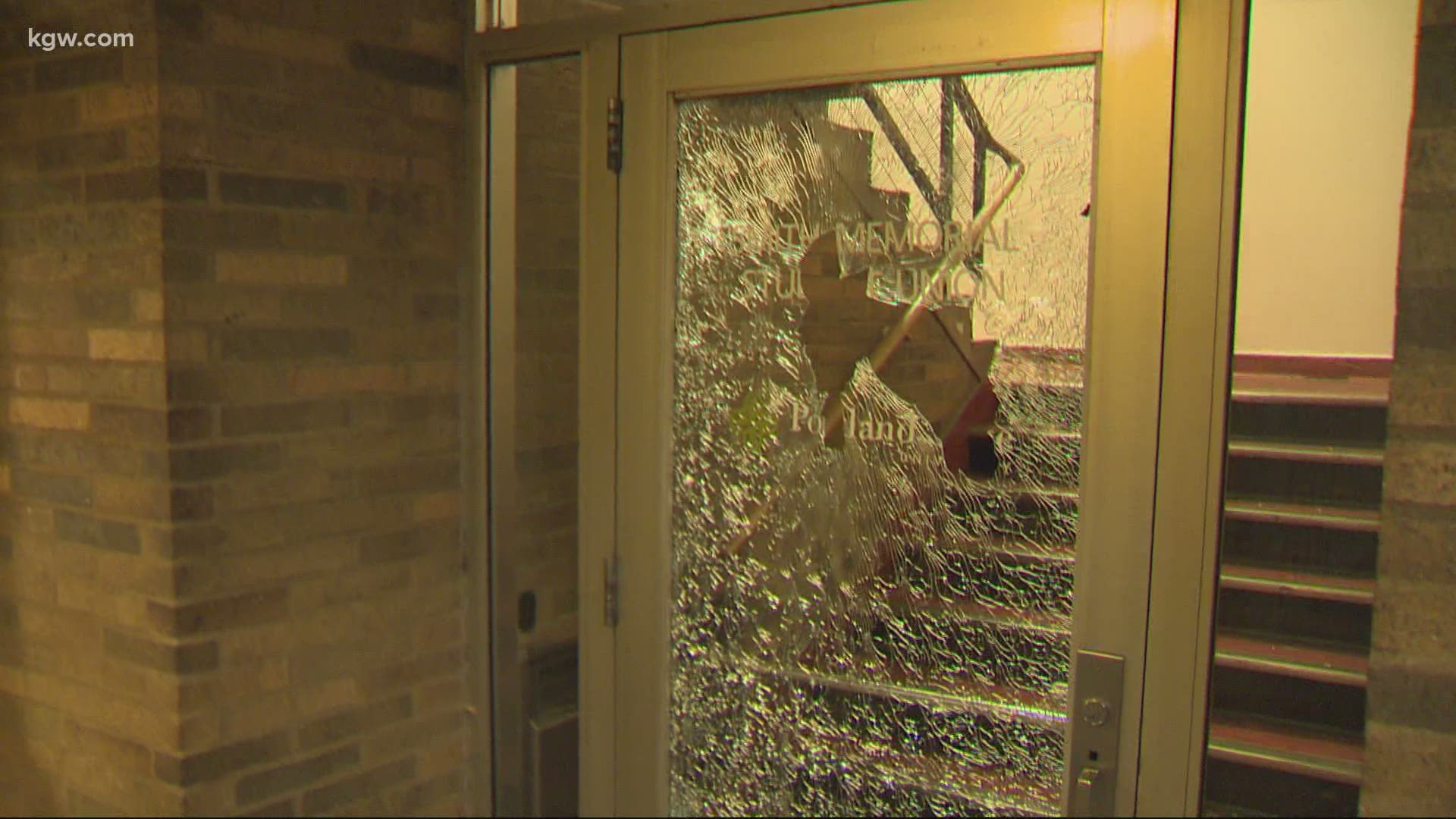 PORTLAND, Ore — On the eve of the 2020 election, a group of protesters gathered at Director Park in Portland for a “direct action event,” according to a social media post.

Per the governor’s orders, the Multnomah County Sheriff’s Office and Oregon State Police were working together as a "unified command" to address potential violence in Portland.

“Our joint law enforcement efforts will focus on supporting lawful engagement in free speech and assembly and also addressing criminal acts that decrease the safety of our community,” a press release stated.

Oregon Public Broadcasting reporter Sergio Olmos tweeted that protesters threw rocks and smashed windows at the campus, including at the university's Cramer Hall and Smith Memorial Student Union, and at a Starbucks located on the ground floor of an apartment building on Southwest Montgomery Street.

At around 9:15 p.m., unified command declared an unlawful assembly and ordered the crowd to disperse.

Protesters are smashing windows at the PSU campus pic.twitter.com/hi3IArp4et

The Multnomah County Sheriff's Office (MCSO) said that "officers interrupted a possible arson attempt" when they said some individuals in the group poured flammable liquid inside the Starbucks.

At around 10 p.m., MCSO said at least two people had been arrested. A tire iron, dumbbell, body armor, gas masks and an umbrella from individuals in the group, according to MCSO.

The group eventually left the area.

PSU President Stephen Percy on Tuesday said five buildings on campus were damaged during a period of about 20 minutes.

"We will clean up from last night’s incident and move forward," Percy said in a statement. "While damage to property can be repaired, my larger concern is the damage done to our community. This kind of vandalism impedes our important work in educating students, conducting research and supporting student life. We deplore the impact of these actions on our community."