Protesters peacefully marched across the city and had a large gathering at Pioneer Courthouse Square. 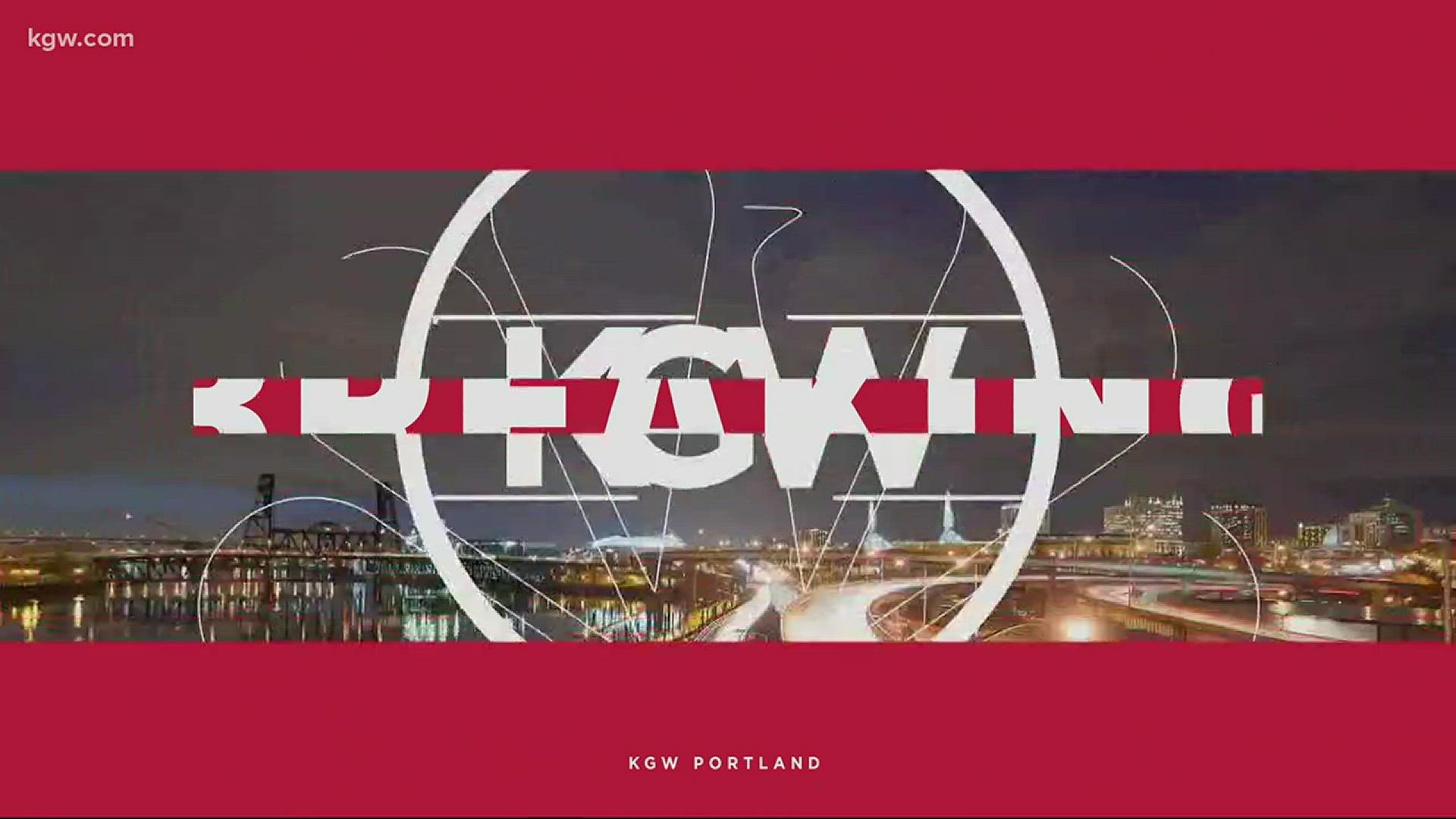 PORTLAND, Oregon — Monday, June 1, marked the fourth night in a row of demonstrations in response to the death of George Floyd and police brutality targeting black people.

For the first night since demonstrations began, they remained peaceful through the entirety of the evening. Here's a timeline of Monday's events:

3:20 p.m. Portland police close areas of downtown Portland, but state they will continue to allow peaceful demonstrations outside of those areas.

The closed area includes the Justice Center, the center of multiple protests from the past few days.

5:20 p.m. March begins downtown and across the Morrison Bridge.

5:55 p.m. Police notify protesters that they support the expression of their first amendment rights.

7:24 p.m. A second group of protesters are marching on Burnside.

7:43 p.m. Less than 20 minutes before the Portland curfew begins, thousands march across the Burnside Bridge.

Demonstrators lay down on the ground, hands behind their back, in solidarity with George Floyd.

7:51 p.m. Protesters lock arms, getting ready to head towards downtown.

8:16 p.m. Here's a look from Sky 8 at the thousands of protesters marching downtown.

8:31 p.m. Demonstrators are asking to talk to police.

9:09 p.m.: The protesters begin to march again, this time to Pioneer Courthouse Square.

9:35 p.m.: Police say the large crowd of demonstrators that has packed Pioneer Courthouse Square continues to be peaceful.

10:32 p.m.: Protesters begin crossing the Burnside Bridge again, this time heading to the eastside of the city.

11:20 p.m.: Lt. Tina Jones with Portland police tells KGW the group of demonstrators Monday night made an effort to police itself, which helped maintain a peaceful atmosphere for everyone.

11:31 p.m.: Portland police say it appears the march by demonstrators is over as they've reached Revolution Hall in Southeast Portland.

12:49 a.m.: Police say they made some arrests of the group in downtown Portland.

4:38 a.m.: Police say more than a dozen people were arrested and two firearms were seized overnight in Portland.