Monique Jefferson says she became ill after tear gas filled her apartment on the night of May 31. 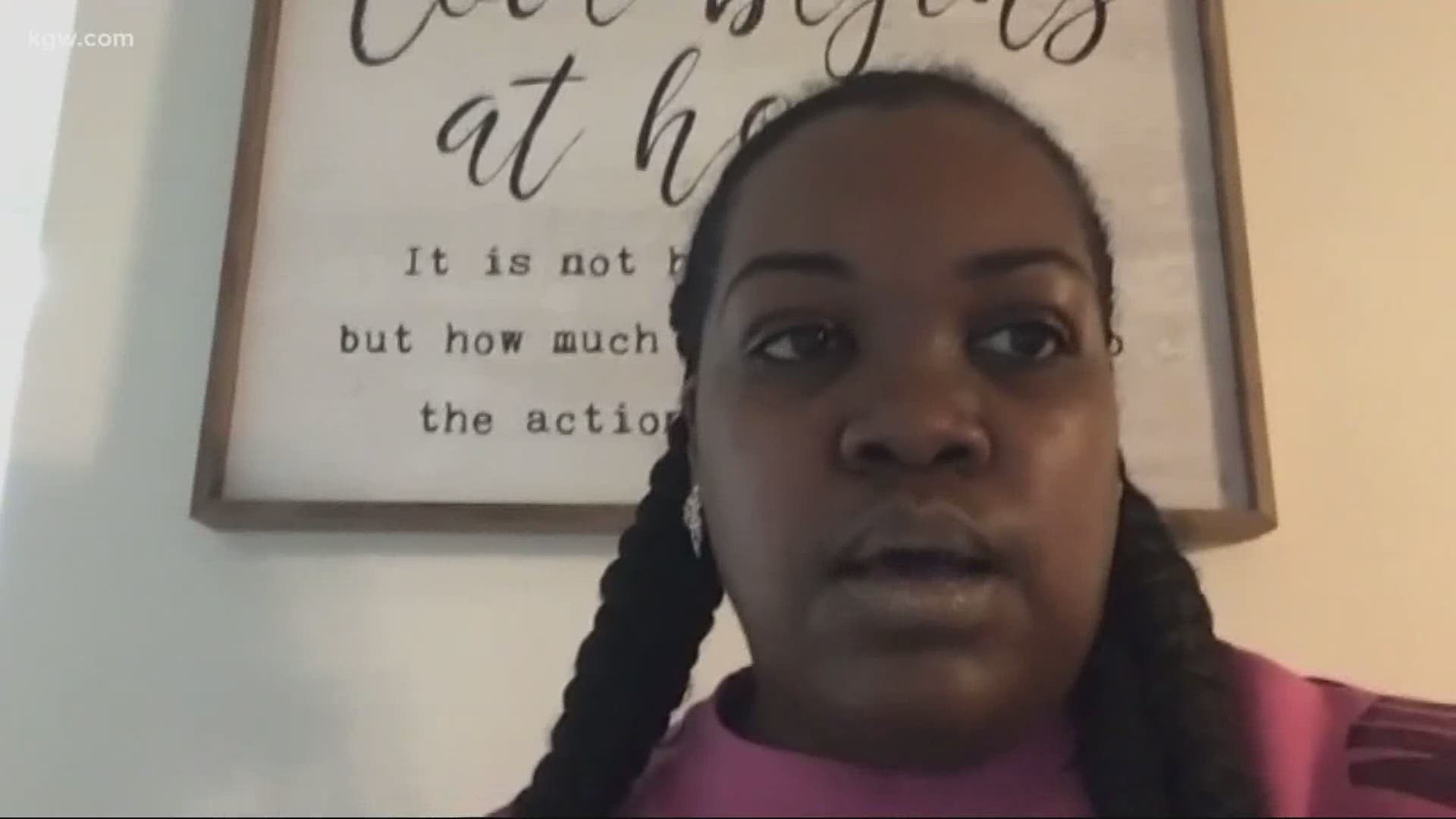 PORTLAND, Ore. — The Justice Center in downtown Portland has been the scene of volatile protests night after night. Monique Jefferson says the violence spilled into her neighborhood, in the South Park Blocks, on the night of May 31.

"I'm hearing some banging sounds and people running," she said. "I go out to see what the ruckus was."

From the patio of her apartment near the Portland Art Museum, Jefferson watched as demonstrators clashed with police. She says officers used tear gas to disperse the crowd.

According to Jefferson, tear gas filled her apartment. She says there was no escaping it.

"It felt as if someone was giving you mouth-to-mouth resuscitation and blowing toxins into your lungs," she said. "It has a burning sensation like never before and you can feel it moving through your lungs and filling your lungs."

Jefferson suffered burning in her chest, throat, and nose. Jefferson also suffered an ear ache as noted in a letter her attorney sent the city, demanding $10,000 in damages.

"This is not about the money," said Jefferson. "It's the principle, the principle that we need to hold law enforcement accountable."

Jefferson says officers' use of tear gas, before the courts banned it temporarily except for in life-threatening situations, shows just how disconnected they are from the movement sweeping across the country.

Jefferson's attorney says the city has 30 days to settle the claim and pay up. If the city refuses, Jefferson will file a lawsuit.

KGW reached out to the city for a comment. A spokesperson for the city says they do not comment on pending litigation.