'Where do you buy a gas mask for a one-year-old?': Southeast Portland man says tear gas seeped into his home during riot

Saturday night marked 100 nights of protesting in Portland. After a Molotov cocktail was thrown, police declared a riot near the East precinct. 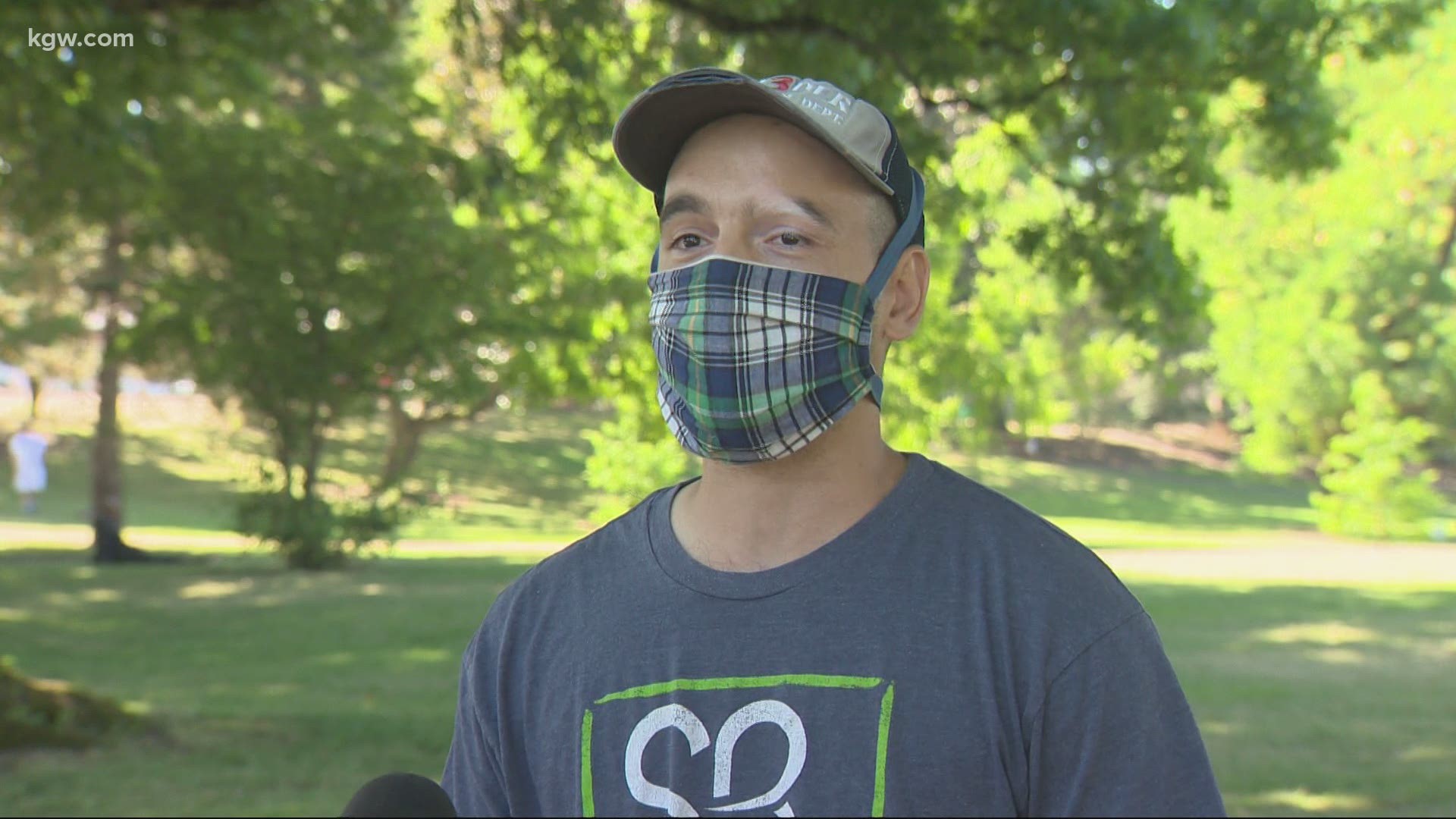 PORTLAND, Ore — A man who lives with his family in Southeast Portland has some questions for Portland Mayor Ted Wheeler after he says tear gas was used in his neighborhood and seeped into his home Saturday night.

Police used the crowd-control munition on protesters as they marched from Ventura Park to the East Portland precinct.

“My question for Mayor Wheeler is: Where do you buy a gas mask for a one-year-old?” said Timur Ender, who lives near Ventura Park.

He says he was not prepared with a gas mask and worries about his young children, his wife who is breastfeeding and other neighbors who were exposed to the tear gas.

My wife pleading with @tedwheeler to not gas our neighborhood. Our babies sleep here. There is no need for this. They dont make masks for 1 yr olds. #PortlandProtests pic.twitter.com/t1SJf4UO8o

Ender is using Twitter to try to reach the mayor, who is also the police commissioner.

“Would this have happened if this were the Pearl? Why is it that east of 82nd Avenue, east of I-205 there is indiscriminate gas lobbied everywhere?" Ender said.

Though this was a frustrating experience, he says one night shouldn't distract from the greater cause of racial justice. He hopes police and city leaders will change their tactics.

“If there's a fire I would send firefighters. I don't know why you have to gas half of east Portland because there's a dumpster fire. My wife's trying to determine if it’s safe to breastfeed now that she's been exposed to tear gas.”

On Sunday evening, Mayor Wheeler released a statement that said: "Nights like last night aren’t safe for anyone involved, and don’t move reform forward. I restricted the use of CS to life safety situations, and the Incident Commander determined that its use was necessary last night at least in part because of the fires being set in the neighborhood. I welcome an open and frank discussion about what tools officers should use, which they should not, and where to draw the lines."

RELATED: Protest leader talks about 100 days of protests, and what needs to happen next

WATCH: Portland activist Cameron Whitten why we shouldn't focus on when protests will end