The video shows a Salem police officer asking a group of armed men to leave the sidewalk ahead of curfew. Critics said he appeared to be playing favorites. 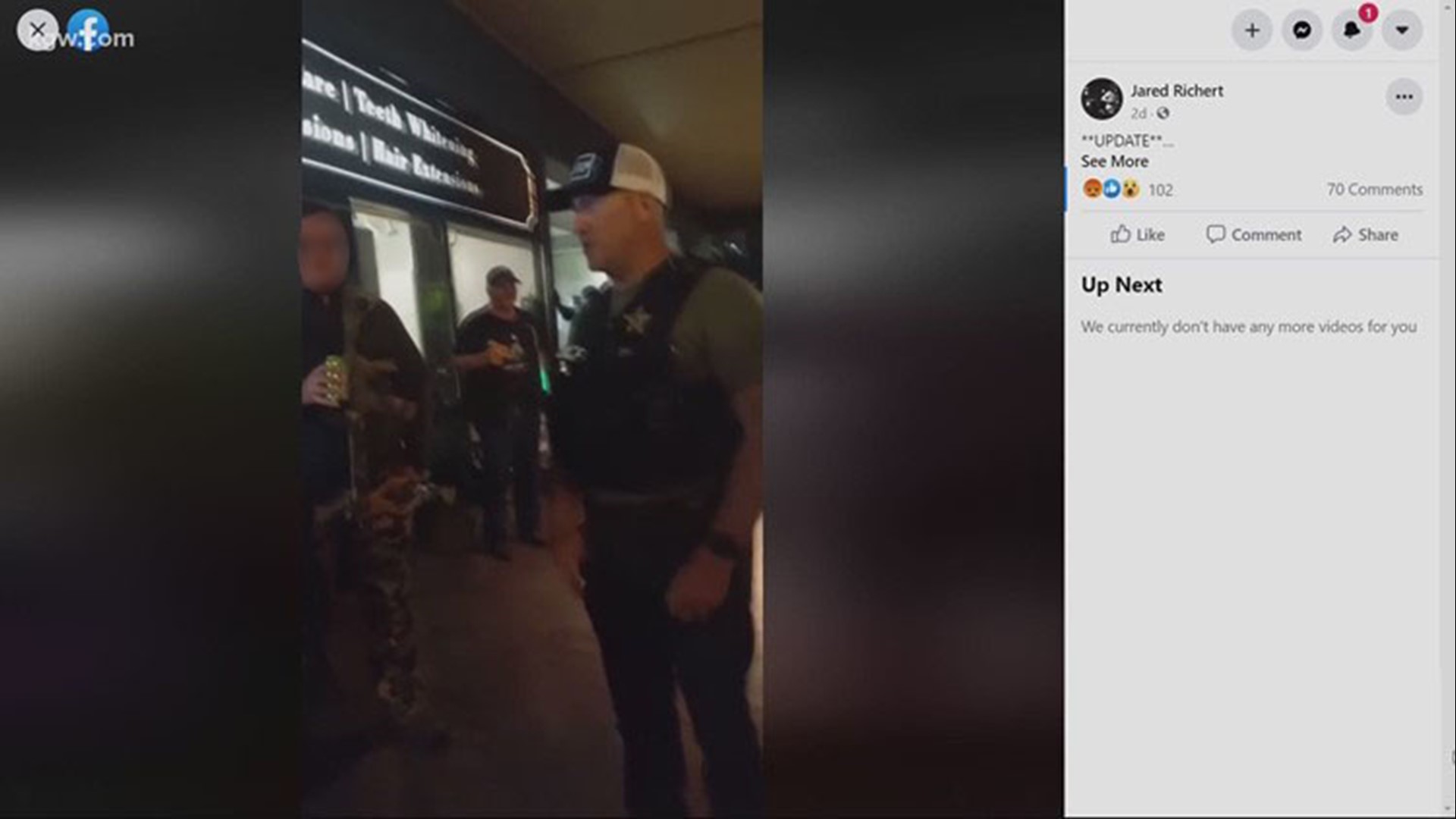 SALEM, Ore. — A viral video posted on social media of a Salem police officer is triggering outrage from community members.

The video was taken Monday night and originally posted by Joe Smothers. It shows the officer talking with a group of armed men outside a Salem beauty salon. He asks the men to get into their cars or buildings ahead of the approaching curfew.

“My command wanted me to come talk to you guys and request that you guys discretely remain in your buildings, or vehicles, or somewhere where it's not a violation, so we don't look like we're playing favorites," the officer said.

Those critical of the video said the officer was playing favorites by giving the group a heads-up. In one social media post featuring the video, the men with guns were labeled as Proud Boys. KGW hasn’t been able to verify if the men belong to any groups, but members of another far right group — Patriot Prayer— have shown up to support Glamour Salon. The business drew attention last month when its owner reopened the salon against the governor's stay-at-home orders.

“The message we have received is a concern that we are treating people differently,” said Moore. “For that, I tell you I am sorry. Sorry that there is even a thought that this department would treat some different than others.”

This week, protests against systemic racism reached a fever pitch in Salem. The city instituted a curfew which, according to Moore, was a historical first for Salem. In another first, Salem police officers used tear gas to manage crowds. Moore said he talked with the officer in the video about the impact his interactions had on the community.

Moore said officers might address people who are lawfully armed differently than people throwing bricks and bottles. Because of that, he said officers' responses will “vary accordingly, but without favoritism or bias.”

"Our history has always been to assist and watch over lawful, peaceful demonstrations," said Moore. "We will continue to do that, be it open carry Second Amendment advocates, or Black Lives Matter advocates. We just want people to obey the law and stay safe.”

RELATED: Recap of 8th night of protests in Portland