Protesters return to the streets, march from Revolution Hall to downtown Portland

Organizers asked participants to wear masks, bring gloves and hand sanitizer and try to keep their distance from one another. 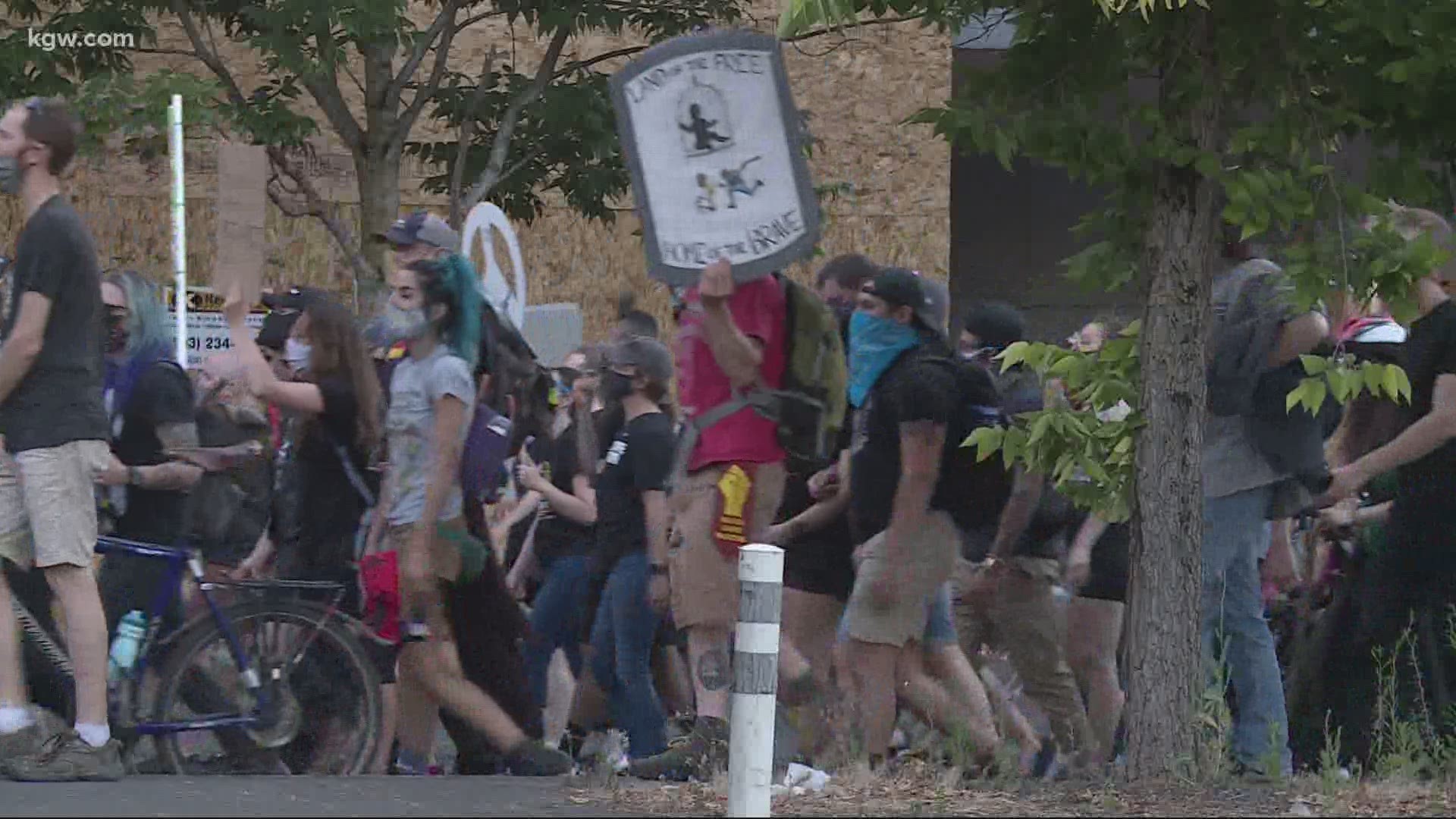 PORTLAND, Ore. — As they did for several weeks in the wake of George Floyd's death, the group Rose City Justice marched Tuesday evening starting with a rally at Southeast Portland's Revolution Hall.

The gathering began with a couple of dozen protesters showing up to Revolution Hall at around 6 p.m. and grew from there. The marched to Pioneer Courthouse Square.

Organizers asked in advance that participants prepare for the march and "show up safely" in accordance with Gov. Kate Brown's social distancing orders.

"Wear your mask, bring gloves, hand sanitizer, try to keep your distance from people," the group posted on Instagram. "Black and brown individuals have been hit hardest by this pandemic and we want to please encourage everyone to be mindful. If you have been exposed to or have shown symptoms of COVID-19 in the last two weeks please stay home and get your protest on quarantine style."

Ahead of Tuesday's demonstration, the group brought attention to the killing of 28-year-old Dominique Marcel Dunn in Southwest Portland last week, and to a GoFundMe account set up for his family.

Dunn was shot and killed on Southwest Barbur Boulevard, near 21st Avenue, around 8:15 p.m. on Thursday. Officers arrested and jailed 25-year-old Jordan Clark for second-degree murder.

Police issued an update to the investigation the following day, saying investigators were aware of misinformation circulating online.

"Detectives interviewed multiple witnesses to this crime and there is no information at this time to support race was a factor that played a role in this case," Portland police officials said in a news release.

KGW reached out to the police bureau and Multnomah County District Attorney's Office for more details about the shooting. Both declined to release any more information.

After the demonstration at Pioneer Courthouse Square, a group of people went to the Justice Center and blocked traffic for hours, Portland police said.

The group set up barricades in Southwest Salmon Street and Main Street at 3rd Avenue. They also started a fire where the Thompson Elk statue once stood, according to police.

The group left the area and officers started removing some of the barricades just after 1 a.m., but police said the group returned and started throwing bottles at officers, so police left the area. Group members lit a barricade on fire and extinguished it a few minutes later. They began to leave over the next several hours.

Police said officers did not use any force, crowd-control munitions or CS gas.