Oregon's governor issued a statement Thursday saying, "indiscriminate destruction solves nothing. These are acts of privilege." 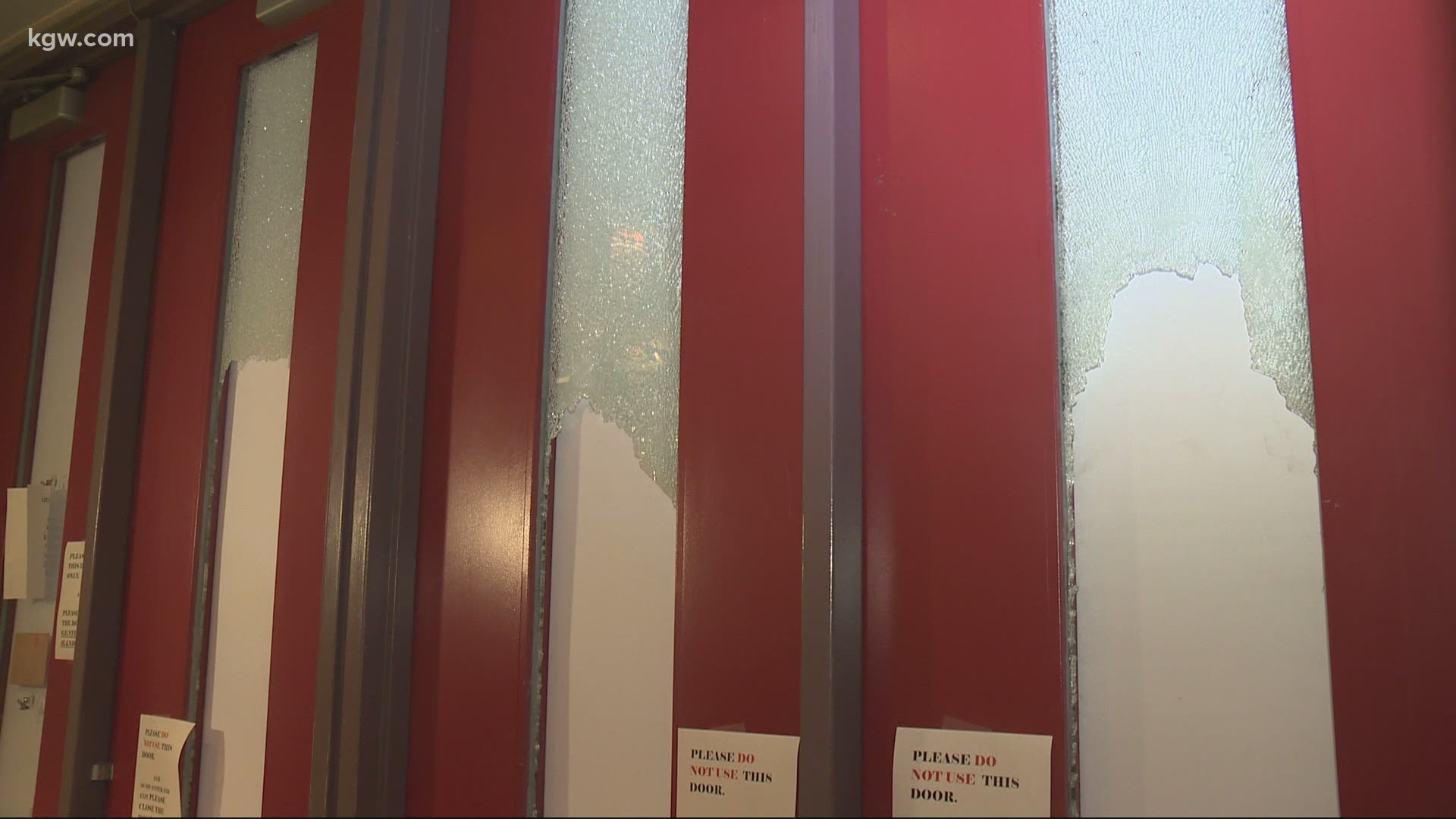 Other windows were shattered and still gone at stores like the women-owned and operated Wildfang. The damage to windows spread over several blocks.

The destruction followed two protests in downtown Portland Wednesday night. One stayed peaceful but the other turned destructive and people smashed windows.

The "unified command" of state, county and city police, which is trying to protect the city, also got help from National Guard troops for the first time in these protest.

Guardsmen were in the streets helping with crowd control and arrests. Officers arrested 12 people including two on weapons charges.

Wesley Fant from Portland is charged with unlawful possession of a firearm.

William Beecher from Oregon City is charged with possession of a loaded firearm along with riot and disorderly conduct.

Unlike past protests which turned destructive, Wednesday’s destruction was not targeted at the state or federal courthouse but at small businesses.

“Oh, it’s really discouraging,” Dana Sullivan said. She works nearby and knows some of the owners.

“For example, Tender Loving Empire, they just re-opened a week or two ago. And they're struggling as it is. And to see the extent of the damage is really, it’s too bad,” Sullivan said.

One of the targets for destruction was St. Andre Bessette Catholic Church at West Burnside Street and 6th Avenue.

Someone decided to break every window on the outer doors, no doubt terrifying the homeless person seen sleeping there in the surveillance video of the attack and shattering a program that cares for those who need it most.

“Until I can get the building secured, everything's coming to a stop,” Fr. Gaughan said. “So, there's hundreds of people that we would normally give out food to- and we're not gonna be able to because of this." He did not know how long it would take to make the building safe.

"The loss of shelter beds due to violence and vandalism comes at a time when we desperately need safe space for vulnerable individuals to seek refuge from a pandemic and colder, rainier weather. This hurts the community's efforts to get people off the streets and connected to the crucial resources they need."

People with information on who attacked the church, or any of the buildings downtown, are asked to call police.