A retired Portland police officer has been indicted on felony charges after allegedly hitting a theft suspect with his car in June 2020. 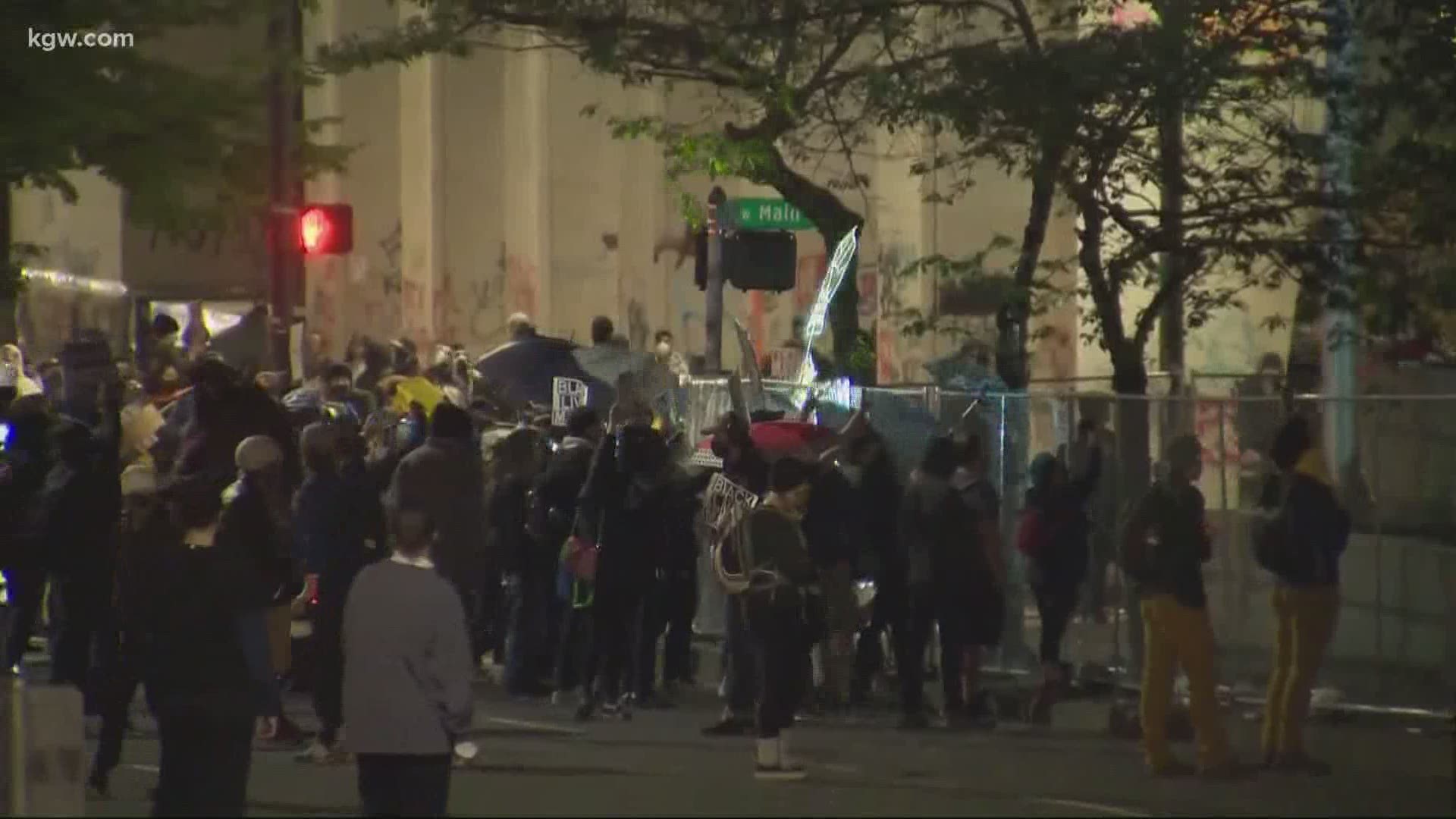 PORTLAND, Ore. — A retired Portland police officer has been indicted on 9 counts, including two felony charges, by a grand jury in Multnomah County, the Oregonian/OregonLive first reported late Wednesday.

Scott Groshong, who retired in August 2020, was indicted earlier this week and booked into Multnomah County Jail Thursday night on 9 counts:

Groshong was released on his own recognizance later that evening. His next court date is scheduled for Monday, Dec. 14.

According to the Oregonian report, Groshong drove up to a skate shop at Northwest 9th Avenue and Davis Street just before midnight on June 15 and recorded two men stealing three skateboards. A short time later, according to the report, another man walked up to the store and stole a helmet.

A video of the incident obtained by the Oregonian shows a large black SUV speeding up 9th Avenue and hitting the man who stole the helmet. Groshong and another sergeant were inside that car.

The man who Groshong allegedly hit ran away and was arrested shortly after. Initial reports incorrectly stated the man's vandalism charges were dropped by the DA's office, but no charging decisions have been made.

Groshong served as a Portland police officer for 27 years until his retirement this past summer. Turner said Groshong was working undercover that evening to identify criminal behavior among protest-goers. Protests have been occurring in Portland on a near-nightly basis since the death of George Floyd in May.

KGW reached out to the Multnomah County District Attorney's Office for more information on the indictment and was told by a spokesperson: "Sorry, but I have no information to provide."

Daryl Turner, president of the Portland Police Association, released a long statement Wednesday, saying in part: "We ask our community to be patient while the justice process unfolds ... Once the full picture is revealed, we are confident that justice will prevail and the officer will be exonerated of all charges."

"Instead of the suspect facing consequences for looting, this veteran police officer finds himself the target of misplaced criminal charges," Turner wrote. "Incredibly, this suspect now claims the police knowingly hit him with the undercover surveillance van when the officer drove towards him to document his criminal acts. That claim is false, self-serving, and runs completely counter to the independent eyewitness who observed the suspect running away from the scene of his crime. Disturbingly, the Grand Jury never heard this key eyewitness testimony that would have been material to the Grand Jury’s deliberation."

According to the Oregonian, Salem Police conducted the criminal investigation into the incident, before handing the case over to a Marion County prosecutor. Ross Caldwell, the director of Portland’s Independent Police Review Committee, told KGW via phone Thursday the Portland Police Bureau's Internal Affairs Department will conduct an administrative investigation once the criminal process has played out.

KGW has reached out to the Marion Co. District Attorney's Office, and they responded: "As this is a pending criminal investigation, we are unable to provide any information at this time."

Portland Police Bureau Acting Chief Chris Davis said in a statement, "As policing professionals, we have a responsibility to ourselves, to each other, and to our community to adhere to the oath we swore as public servants. We have to hold each other accountable to the high standards of our profession and the expectations of the community. It is important that we refrain from passing judgment as the process continues. People are innocent until proven guilty in court. It is important to know our process of police accountability is working and is proceeding as it was intended."