The Portland home has been the site of clashes between police and local demonstrators. Activists say they are protecting a family of color from losing their home. 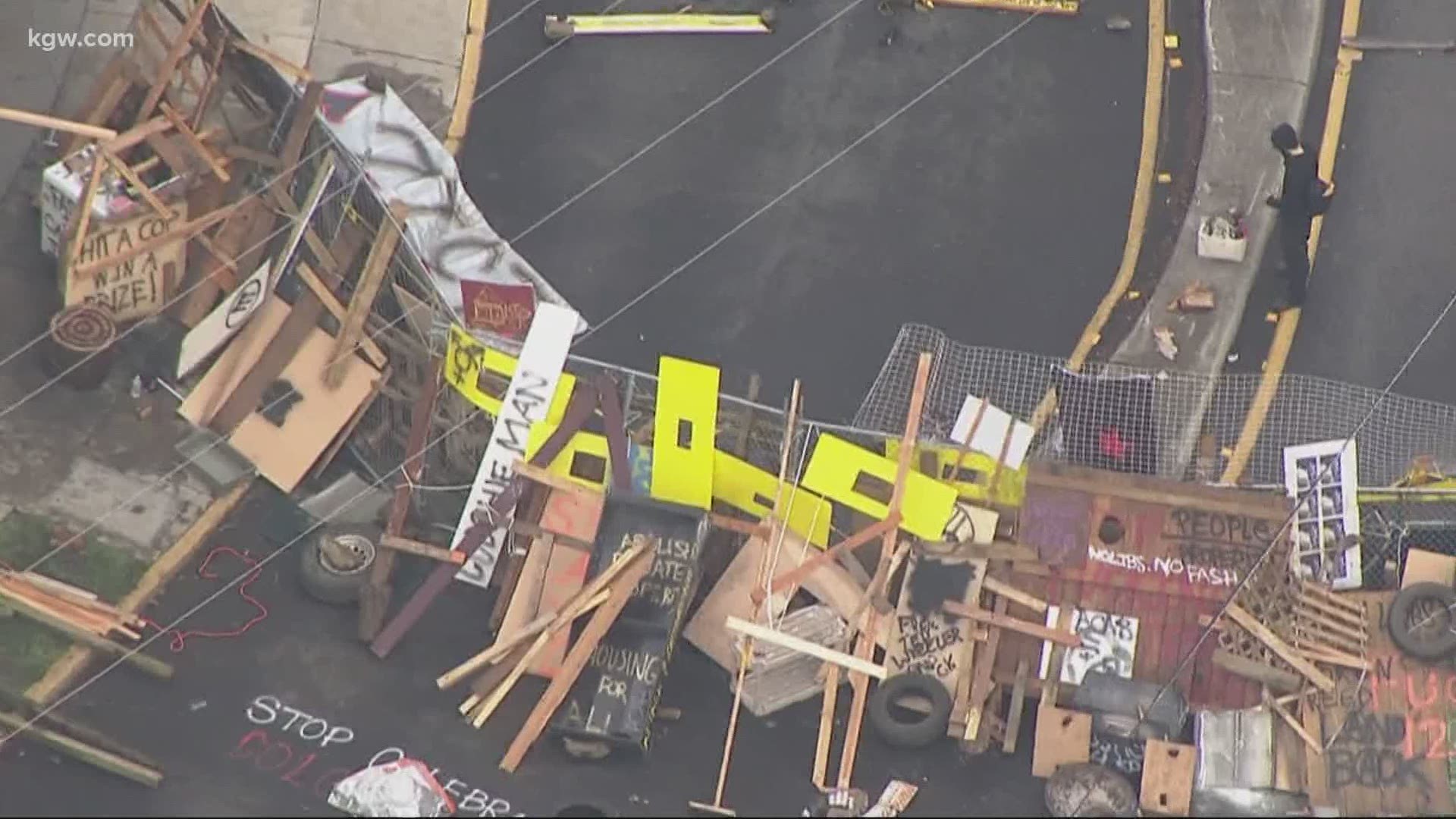 PORTLAND, Ore. — For the first time this week, the developer who bought the home now known as the “Red House on Mississippi” released a statement about the tense situation.

The North Portland home has been the site of clashes between police and local demonstrators who are advocating for a family to stay and not be evicted. One of the recent clashes was on Tuesday morning when police attempted to clear the property.

The developer who bought the home at auction in 2018, Roman Ozeruga with Urban Housing Development LLC, sent a statement to KGW’s Maggie Vespa, saying he is looking for ways to end the conflict.

“We’re actively looking for a solution for this difficult situation,” Ozeruga said in the statement. “We appreciate the opportunity to listen to what people have to say. We are very much open to listen to proposals that can de-escalate and prevent violence that would benefit the neighborhood & community.”

The developer who bought the N Mississippi Ave home at auction in 2018 (Roman Ozeruga with Urban Housing Development LLC) just sent me this statement.

Says he’s “very much open to listening to proposals” & “looking for a solution”. pic.twitter.com/9wYqLy4024

Ozeruga told The Oregonian he's willing to sell the home back to the family.

The family who lives in the home, the Kinneys, lost it to foreclosure two years ago and has refused to leave. Recently, police tried to make them leave. In response, protesters set up fences and camps around the property, shut down Mississippi Avenue and have thrown rocks, bottles and balloons at officers. Protesters said they’re fighting to protect another family of color from losing their home.

Outrage over the family’s eviction has been brewing for months. A lot of it stems from a visit by Multnomah County Sheriff’s deputies in September. That’s when the Kinneys said they were ordered to leave. A judge had ordered the family out, arguing the eviction is valid because it was ordered before the moratorium for the COVID-19 pandemic was put into place.

Since then, Portland police said the camp has slowly formed in protest. They said they’ve been called more than 80 times for fights, threats and reports of shots fired.

On Tuesday, police went to the home again. They emailed reporters photos of what they found, which included two handguns, bear mace, 250 rounds of ammunition, multiple sets of body armor, ballistic vests and helmets. Police made arrests on Tuesday, but they haven’t been able to clear the camp.

The newly elected leaders of Portland's NAACP characterized the actions of police as "attempted robbery on Mississippi."

"The inhumane attempt of seizure is underscored by the Kinneys being one of the last remaining Afro-Indigenous families on this historic street," the leaders, Sharon Gary Smith, Tamia Deary, Donovan Smith, Rhyan M. Hills and Natalie Rush, said in a statement released Thursday.

"We support the demands of the family for an end to all incitement of police violence and force against the protectors of the Red House, and for the developer to meet them at the bargaining table," they said. "Stop this latest land grab."

Mayor Ted Wheeler tweeted Tuesday night that he’s authorized, “Portland police to use all lawful means to end the illegal occupation.” He added there will be no autonomous zone in Portland. The mayor on Thursday said his office is continuing to monitor the situation at the "Red House."

Activists told KGW on Wednesday they’ll keep fighting to keep the Kinneys in their home.