The permit for a Proud Boys rally at Delta Park was denied on Wednesday, but police are still preparing for violence as a competing rally is planned nearby. 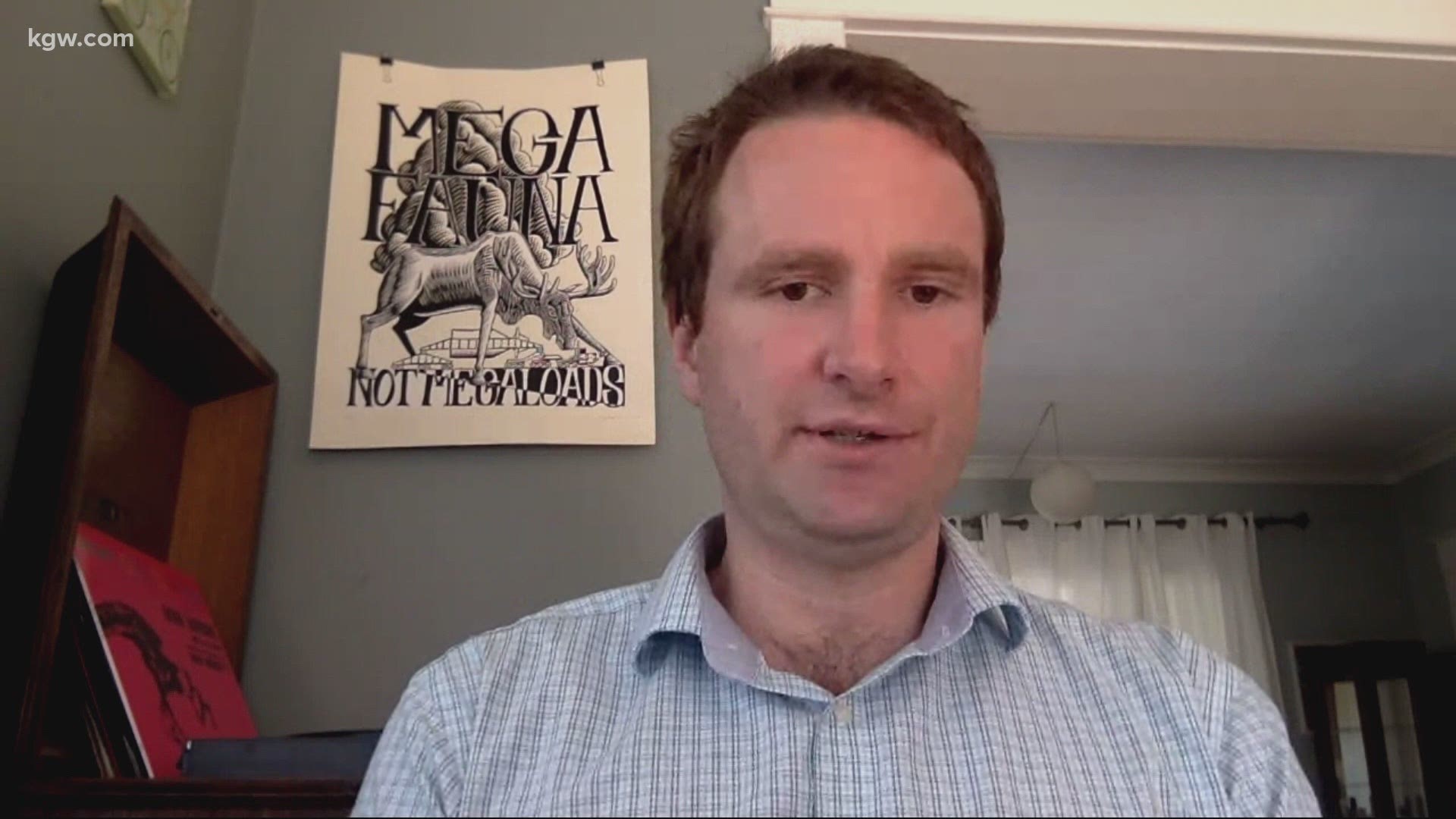 "Portland Parks & Recreation in partnership with myself as Parks Commissioner and Mayor Wheeler as Mayor and Police Commissioner denied a permit application submitted by event organizers planning a gathering in Delta Park this Saturday," Fritz's denial letter reads. "The described event is not compliant with Oregon Health Authority guidelines about the number of people allowed in gatherings and cannot be conducted in a manner consistent with physical distancing guidance from public health officials. We must all do our part to fight the spread of COVID-19 in our community and keep ourselves and each other safe. Events like this are not welcome and not allowed."

Spokesman Mark Ross told KGW that Portland Parks & Recreation has not received any permits in recent months for the protests being held throughout the city, but that the bureau would not have been able to issue them anyway due to COVID restrictions.

"Until recently, outdoor events were restricted to 25 people maximum," Ross said. "That was just raised to 50, in cohorts of 10 people each."

The estimated attendance for the Proud Boys rally, according to organizers, was 20,000 people total: 10,000 spectators and 10,000 participants.

"Americans don’t need permits in order to peacefully protest," Tarrio said. "The very man we are here to protest is Ted Wheeler for franchising domestic terrorism across the U.S. by allowing antifa and BLM to cause death and wreak havoc."

In response to the planned Delta Park protest, anti-fascist groups have planned to gather at the same time at North Portland's Peninsula Park, about 3 miles away.

Both events are scheduled to last until 3 p.m. The Proud Boys event is billed as a rally to end domestic terrorism. Portland groups Rose City Antifa, Portland Jobs with Justice and PopMobPDX have billed their event as a day of community.

On Wednesday another group, Safe PDX Protest, announced plans to meet at Delta Park before the Proud Boys rally begins.

Portland police said in a statement that they were preparing for the events and the potential violence that could erupt:

Numerous past mass gathering events in the city of Portland, involving individuals and groups with differing ideologies, resulted in criminal behavior by some participants, including but not limited to assaults, vandalism, weapons violations, as well as a recent homicide following a rally. Some incidents have resulted in arrests; others remain under investigation.

Portland Police Chief Chuck Lovell pleaded for peaceful demonstrations on Saturday, citing the devastation and loss of life Portland has already seen due to COVID-19, wildfires, gun violence and 17 weeks of often violent and destructive protests.

"It is up to all of us to make sure we do not have an event where further loss of life results," Lovell said. "Lawful engagement in First Amendment rights is acceptable; attendance with the intent to harm or intimidate others is not appropriate or safe for anyone."

He said police will be working with Portland Mayor Ted Wheeler's office and other local partners to tamp down the violence.

"Due to the heightened rhetoric and many recent events where crimes occurred, we are developing a thorough plan to do everything possible to keep everyone safe," Lovell said. "It is crucial for anyone who plans to attend to refrain from engaging in criminal activity, report dangerous or criminal conduct to the police, and adhere to lawful orders given by public safety officials.

"We will continue to keep the public informed and ask for the public's help in keeping us informed so we can work together to have a safe day."

Police have asked that anyone with information about people planning to commit criminal activity at either event share that information with the bureau as soon as possible via email: CrimeTips@portlandoregon.gov.

Police also warned that freeway traffic will likely be impacted as Delta Park is just south of the Interstate Bridge, which is already impacted by the closure of the northbound span. Anyone planning to use Interstate 5 on Saturday afternoon or evening should check TripCheck.com before heading out and find alternate routes if possible.

The Oregon Legislature’s Black, Indigenous and People of Color (BIPOC) Caucus also weighed in on the potential violence, asking counter-demonstrators to just stay away from the Proud Boys rally.