Calm night of Portland protests ends with no arrests, no reports of violence or vandalism

Protesters met at Laurelhurst Park and marched to the Kelly Building. There were no arrests and police said they used no tear gas or crowd control munitions. 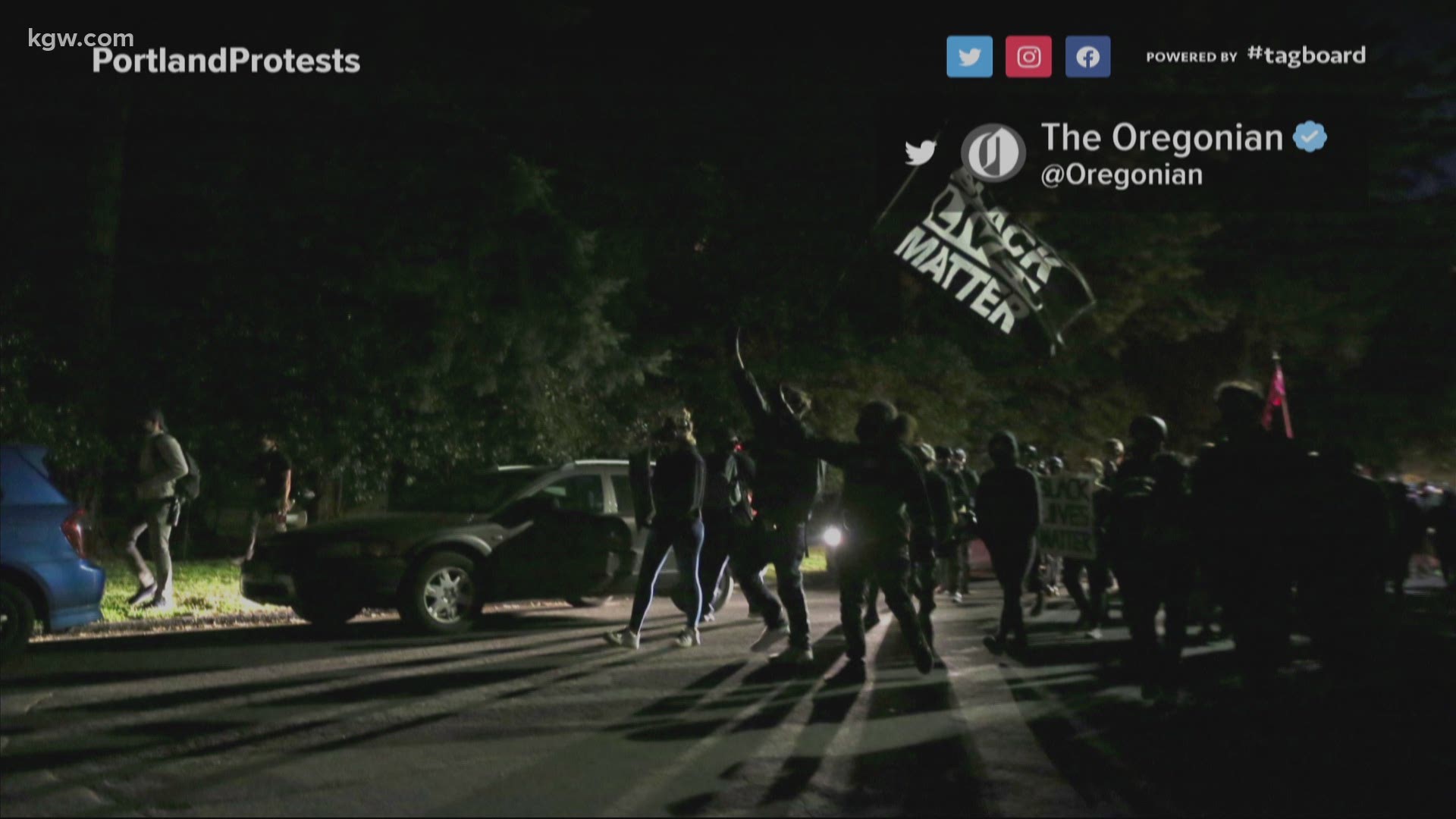 PORTLAND, Ore — On Tuesday night protests continued in Portland for the 11th straight week since the killing of George Floyd.

There were two protest events in Portland. One group gathered at Southwest 3rd Avenue and Main Street. A second group of a couple hundred people met at Laurelhurst Park and marched to the Kelly Building in Southeast Portland, home to the Portland police's Southeast Precinct and the Multnomah County Sheriff's Office.

As the group arrived at the Kelly Building around 9:45 p.m., Portland police tweeted a warning to those gathered outside the building that they were not allowed to enter the property. "If you enter the property, you are trespassing and subject to arrest, use of tear gas, crowd control agents, and or impact weapons," a tweet read.

Around 12:40 a.m., a couple members of the group entered the Kelly Building property but left after police made an announcement warning the crowd to stay off the property.

Most of the crowd left the area by 1:30 a.m. Police said they made no arrests and no tear gas or crowd control munitions were used.

On Tuesday, Multnomah County’s new District Attorney, Mike Schmidt, announced a new policy that dictates how his office will prosecute those arrested during the ongoing protests in Portland.

On Monday night, an unlawful assembly was declared outside Portland police’s North Precinct and nine people were arrest.