Protesters gathered at Chapman Square in downtown Portland on Sunday. The crowd later marched to the Central Precinct. Most of the crowd left by 1 a.m. 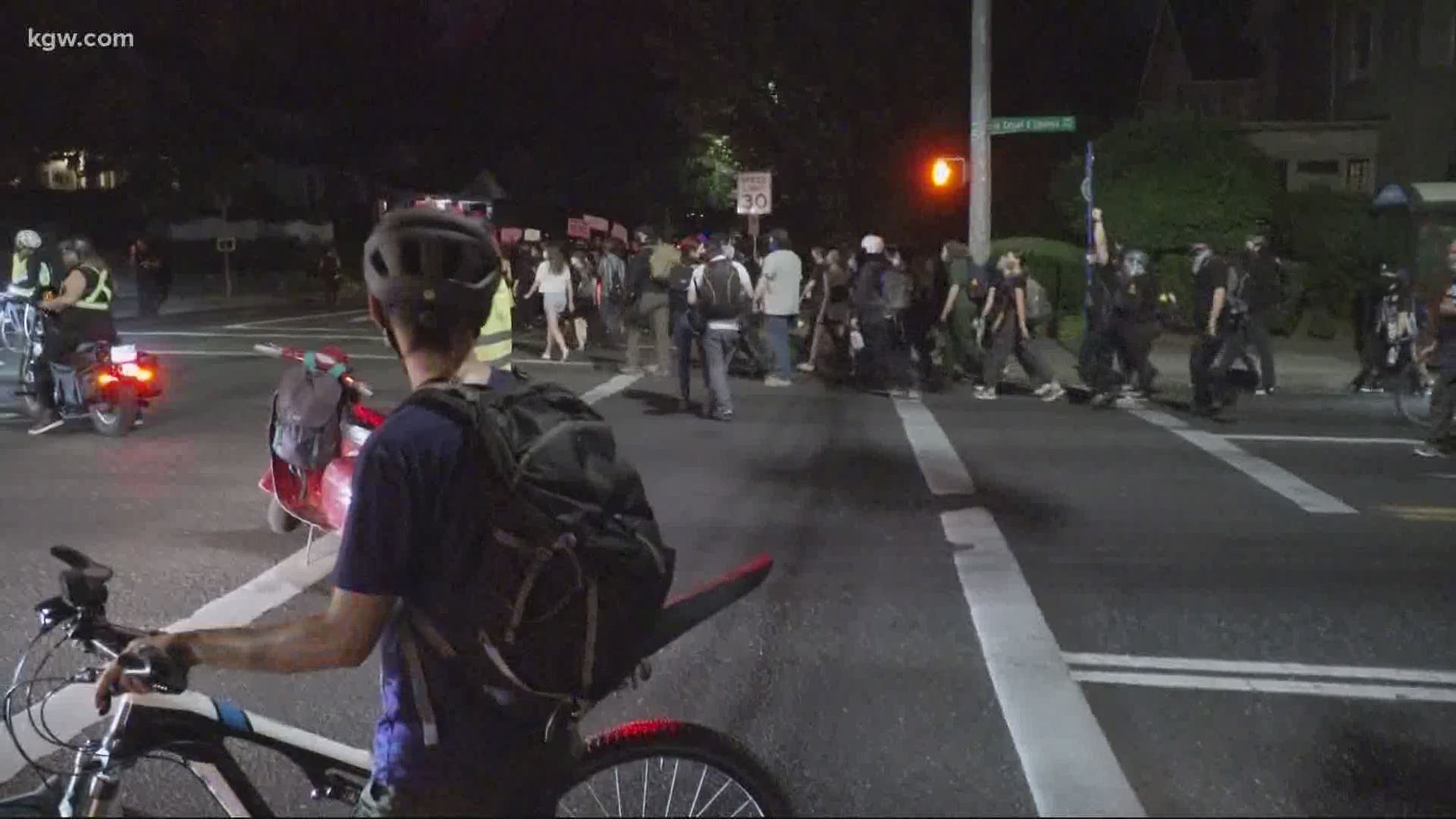 PORTLAND, Ore — On Sunday night, protesters gathered at Chapman Square in downtown Portland to hear from Letha Winston whose son, Patrick Kimmons, was killed by Portland police in 2018. Officers involved in that incident were cleared by a grand jury.

Winston got on the mic after 7 p.m. and spoke to a crowd of more than 200 protesters, according to Beth Nakamura.

Winston gave a recounting of her son's shooting and said she was going to get justice for her son, a video from Nakamura showed.

The crowd later marched to the Central Precinct and some people vandalized and threw objects at the building, police say. The majority of the crowd left by 1 a.m.

Portland police say they responded at 10:27 p.m. to a report that a truck had crashed and that the driver was being assaulted by a group of people who were chasing the truck before it crashed. The driver was taken to the hospital with serious injuries. Police said they're investigating the incident and have made no arrests.

A video, which contains graphic violence and language, shows a group of people kicking, punching and pushing to the ground a man in the street near where the truck crashed into a lightpole. The video shows a person kicking the man in the face while he's sitting on the ground, apparently knocking him unconscious.

It's not clear what happened before the crash. Another video shows an earlier incident, where a woman is tackled to the ground outside the truck. The video then shows the truck pulling into the intersection and speeding down the street to where it crashed. One independent journalist reported that witnesses said the driver of the truck was "driving erratically and may have been attempting to hit protesters."

Portland is entering its 12th consecutive week of protesting following the killing of George Floyd. On Saturday night, a mostly peaceful protest outside a sheriff's office in Portland's Laurelhurst was declared a riot at midnight.

PPB said more than 60 calls for police service were holding around the city, during the protests, some for the entire length of the demonstration.

Police also said someone in a group of people wearing "press" identification threw a rock at officers that weighed nearly 10 lbs.

RELATED: Reports of shots fired during counter-protest in downtown Portland