Protests, which have turned destructive at times, continue in Portland for the 14th week in a row. 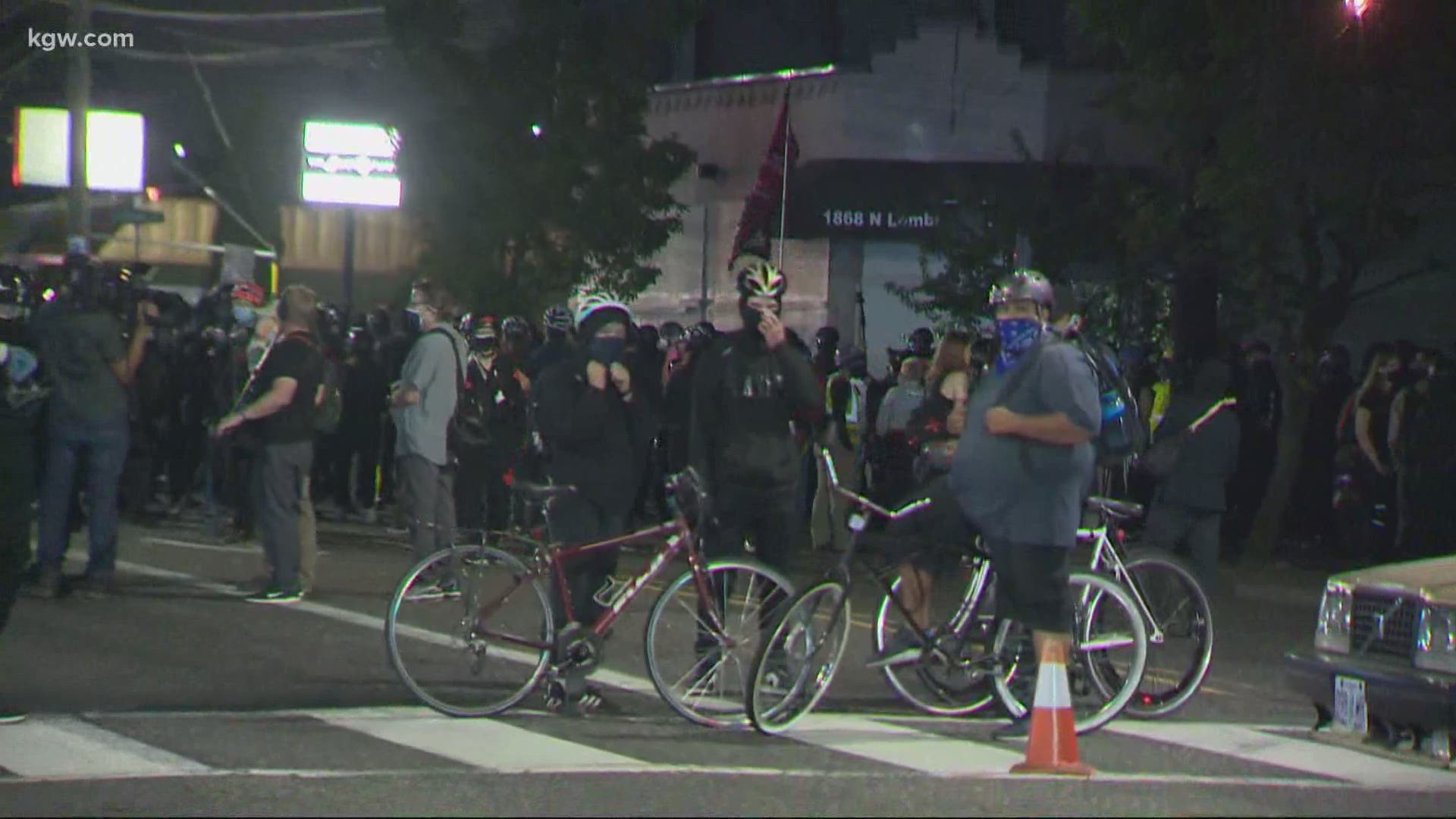 The declaration was made at 11:45 p.m. Police had previously told protesters to leave the road outside the Portland Police Association (PPA) headquarters open or face the possibility of being arrested. Police also said demonstrators threw rocks, and water bottles at officers.

Protestors have arrived at the Portland Police Union building. on N Lombard. Police have asked that they clear the road and remain on sidewalk. Protestors remain on the street. pic.twitter.com/7vjqKO0p0a

Protesters, who are in favor of total abolition of police and prisons, first met at Kenton Park and then marched to the PPA building, on North Lombard Street near Campbell Avenue. The building has been the site of previous riots. Law enforcement officers were posted outside the building and waiting when demonstrators arrived.

Nightly protests in Portland began following the killing of George Floyd, the Minnesota Black man who died after a police officer knelt on his neck for nearly 8 minutes. The demonstrations, which have turned destructive at times, have taken place at different locations across the city.

Friday night's demonstration comes a day after a man wanted in connection with a fatal shooting last weekend in downtown Portland was shot and killed by officers in Lacey, Washington.

Michael Reinoehl told Vice News he shot Aaron "Jay" Danielson, a supporter of far-right group Patriot Prayer, following a pro-Trump caravan rally that went through the city. Reinoehl, who described himself as anti-fascist, said he shot Danielson out of self-defense.

RELATED: What we know about Michael Reinoehl, the Portland protest murder suspect killed by police

Court documents unsealed Friday provided more information about what took place in the moments before the fatal shooting, but not what led to the shooting. Some witnesses said there were others involved who were aggressors toward Danielson. Another said Reinoehl and a second person were hiding and appeared to square off with Danielson and a person he was with. The affidavit did not lay out a definitive answer as to what kind of conflict may have arisen.