This is the 11th straight week that protests have taken place in Portland since the killing of George Floyd. 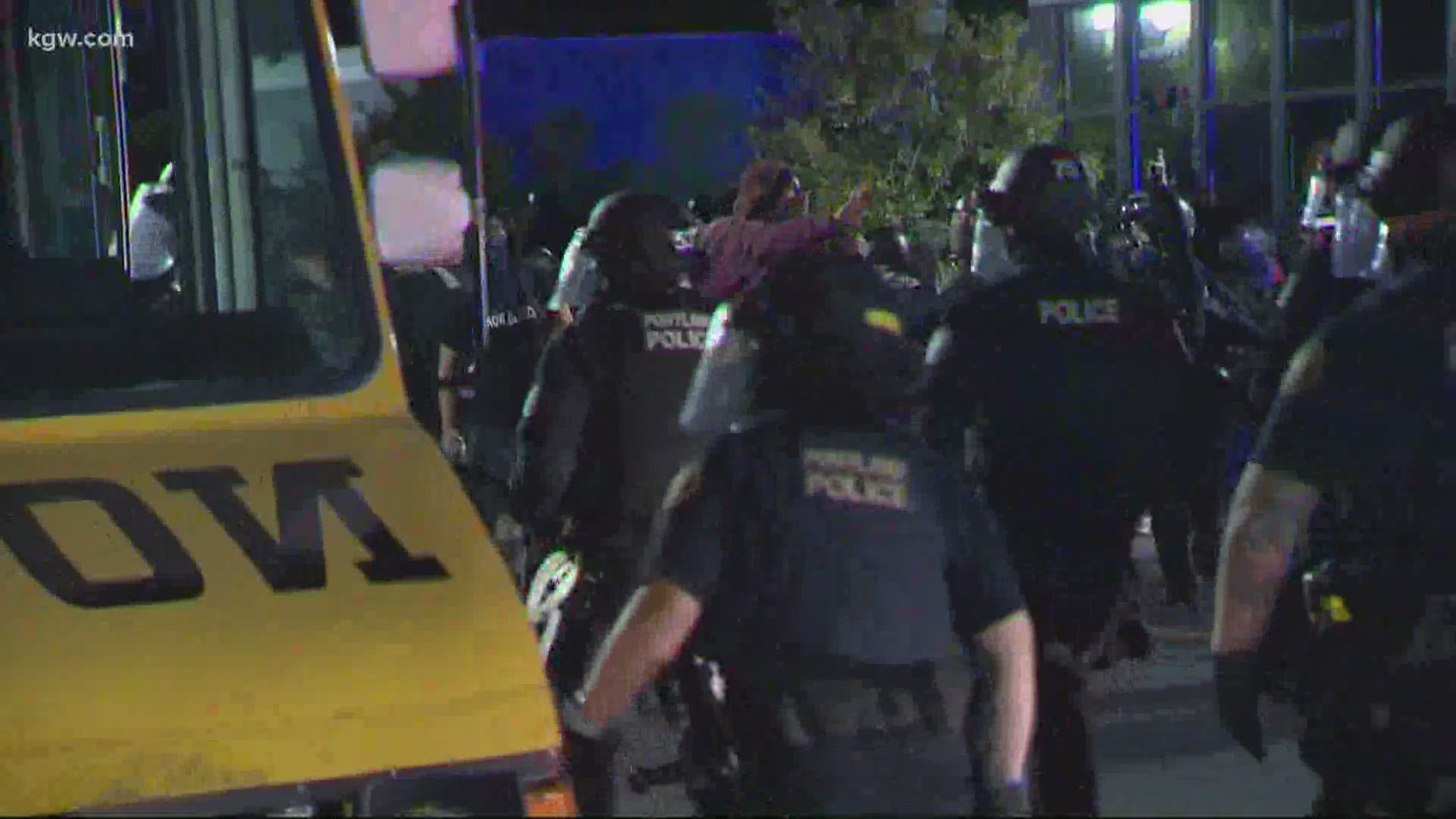 Protests continued Monday night as people met at Alberta Park in Northeast Portland. The group is calling for total abolition of the police force and prison system. This is the 11th straight week that protests have taken place in Portland since the killing of George Floyd.

A few hundred people marched from Alberta Park to Portland police's North Precinct on Northeast Emerson Street. Police said that traffic in the area was blocked.

Around 10:30 p.m. outside the precinct, reporter Sergio Olmos tweeted that people were chanting "no good cops in a racist system."

Protestors chant “no good cops in a racist system” pic.twitter.com/yOkGO81q3P

Around 10:40 p.m., police warned the group not to shine lights at them, Olmos tweeted. This was followed by more chanting from the group.

After some people in the group threw eggs and water bottles at police, an unlawful assembly was declared around 11:10 p.m., according to journalists at the scene. Portland police tweeted that the area around the North precinct was closed and that people should leave or be subject to arrest, citation or crowd control agents.

Officers began to physically move the crowd and arrested anyone who interfered. Police say one person kicked an OSP trooper and two Portland police detectives while they were being arrested.

Police say an officer was hit in the face with a ball bearing but his face shield protected him from serious injury. Another officer suffered a hyperextended elbow during a scuffle. Police say some golf balls, rocks and potatoes were thrown at them.

No CS gas was deployed, according to police.

By around 2 a.m., most of the crowd had left the area.

Police released the following information about the 9 arrests made overnight:

Monday night's rally followed a chaotic weekend of protesting across the city. Police declared riots on Saturday and Sunday nights.

On Sunday night, a group of about 200 met at Kenton City Park to rally for the abolition of police and prisons, and support the Black Lives Matter movement. The group marched to the Portland Police Association building in North Portland, the same location where rioters broke into the building Saturday night and lit a fire.

A total of 49 people were arrested over the weekend including activist Demetria Hester, who was a target of a hate crime committed by self-described white nationalist Jeremy Christian on a MAX train the night before the fatal stabbings in 2017. She was released from jail Monday. The Multnomah County District Attorney's Office won't pursue charges against Hester.

WATCH: Video of protests in Portland