Police say a group of people threw mortars, large rocks, bottles and cans of paint at officers, and that some officers were injured. 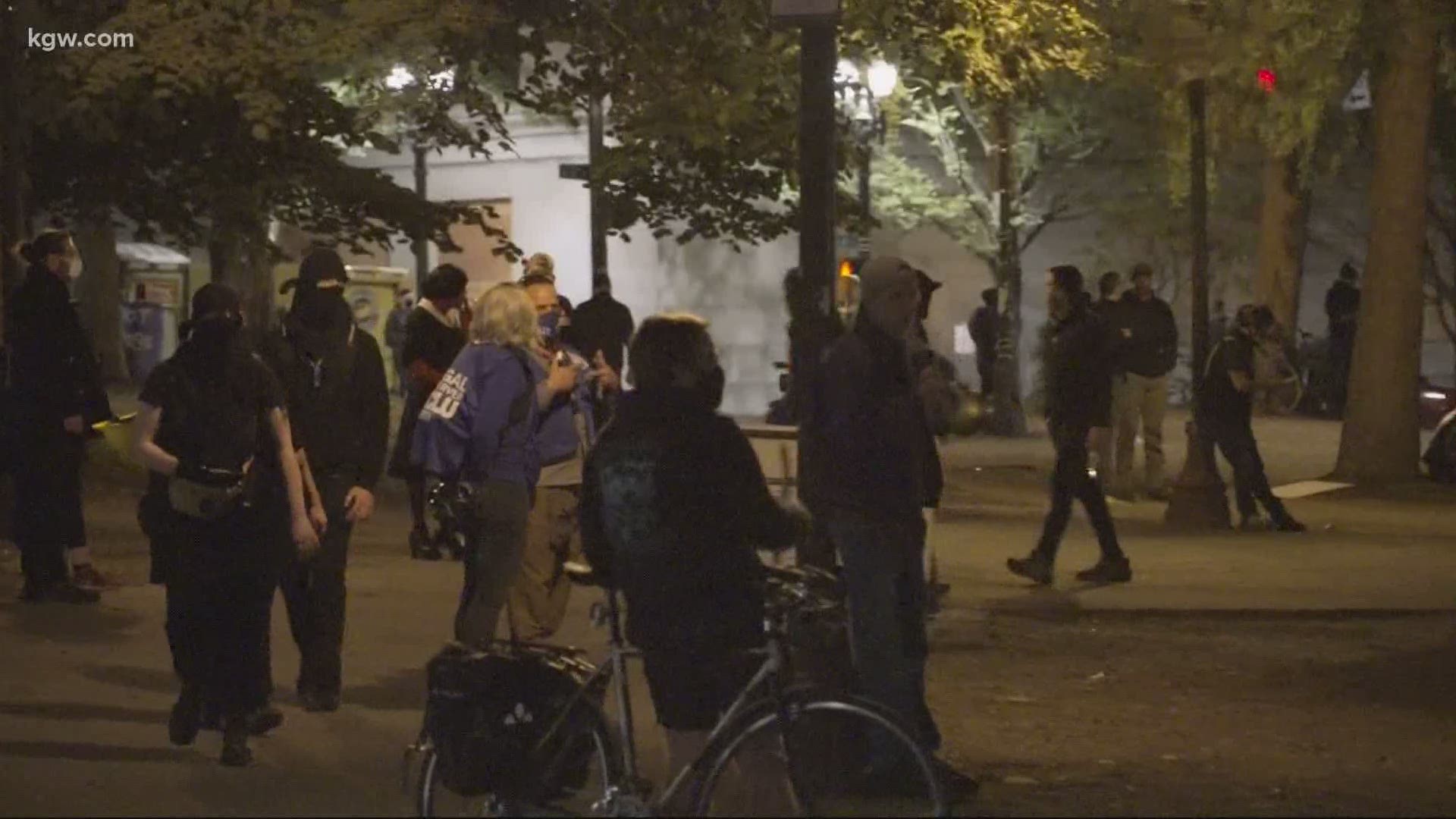 One officer suffered a severe hand injury and several officers suffered minor injuries, police said, which is what led them to declare a riot shortly before midnight.

Police say they used tear gas and other crowd munitions to clear the crowd, and made two arrests.

Protesters gathered Wednesday night at Chapman Square near the Justice Center as demonstrations continued in Portland for an 11th straight week since the killing of George Floyd. A post on social media said the group is calling for the total abolition of the prison system and the police.

According to independent journalist Garrison Davis, the crowd size in downtown was about 400 people at about 10:20 p.m. People were mostly standing around and listening to speeches.

After the riot was declared, police say members of the group moved back south towards the Justice Center, where they threw eggs and fireworks at officers. Police used tear gas and other crowd munitions to disperse the crowd.

Police released information for the two arrests officers made:

On Tuesday night, protests remained tame outside the Kelly building in Southeast Portland and in downtown as no arrests were made and there were no reports of violence or vandalism.

The quieter night came after Multnomah County’s new District Attorney, Mike Schmidt, announced a new policy that dictates how his office will prosecute those arrested during the ongoing protests in Portland.

WATCH: Video of protests in Portland

RELATED: Calm night of Portland protests ends with no arrests, no reports of violence or vandalism