The group smashed windows and tagged the building with graffiti that said, "No presidents." 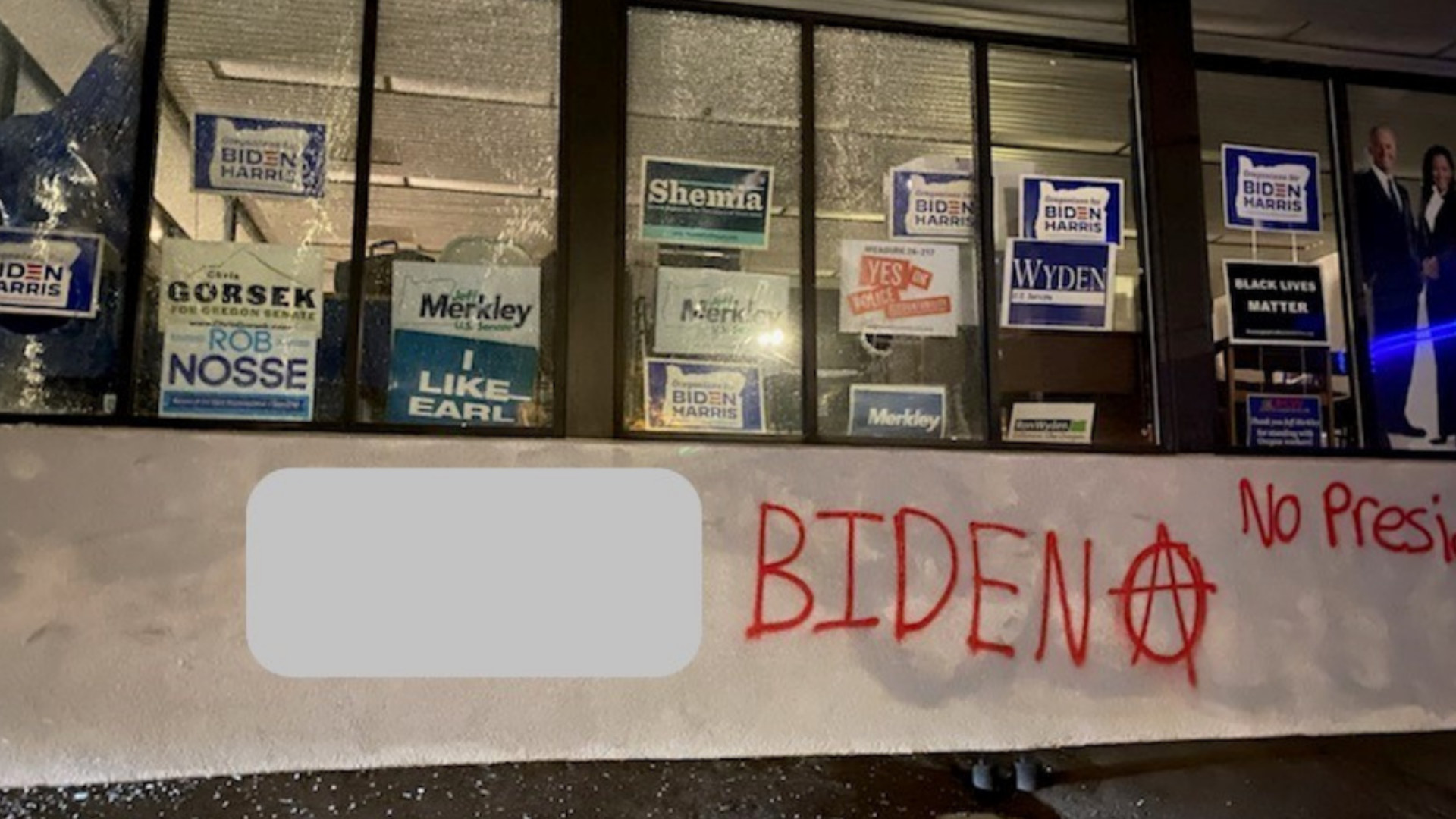 A group of people marched to the Multnomah County Democrats offices on Northeast Sandy Boulevard where they broke windows and tagged the building.

The crowd was headed back to Laurelhurst Park when police arrived and made "targeted arrests" of people who had "engaged in criminal activity," an email from Portland police said.

Earlier on Sunday, Oregon’s governor disbanded a joint effort of state, county and city law enforcement officers to work together to respond to post-election unrest.

On Saturday, many Portlanders gathered in downtown to celebrate Joe Biden winning the presidential election. There were also pro-Trump rallies in Vancouver and Salem.

RELATED: Protests in Oregon, Washington as Joe Biden is announced as president-elect