Protest leader talks about 100 days of protests, and what needs to happen next

Seneca Cayson has helped lead many protests in Portland since late May. His message is strong, along for his call for a non-violent way forward. 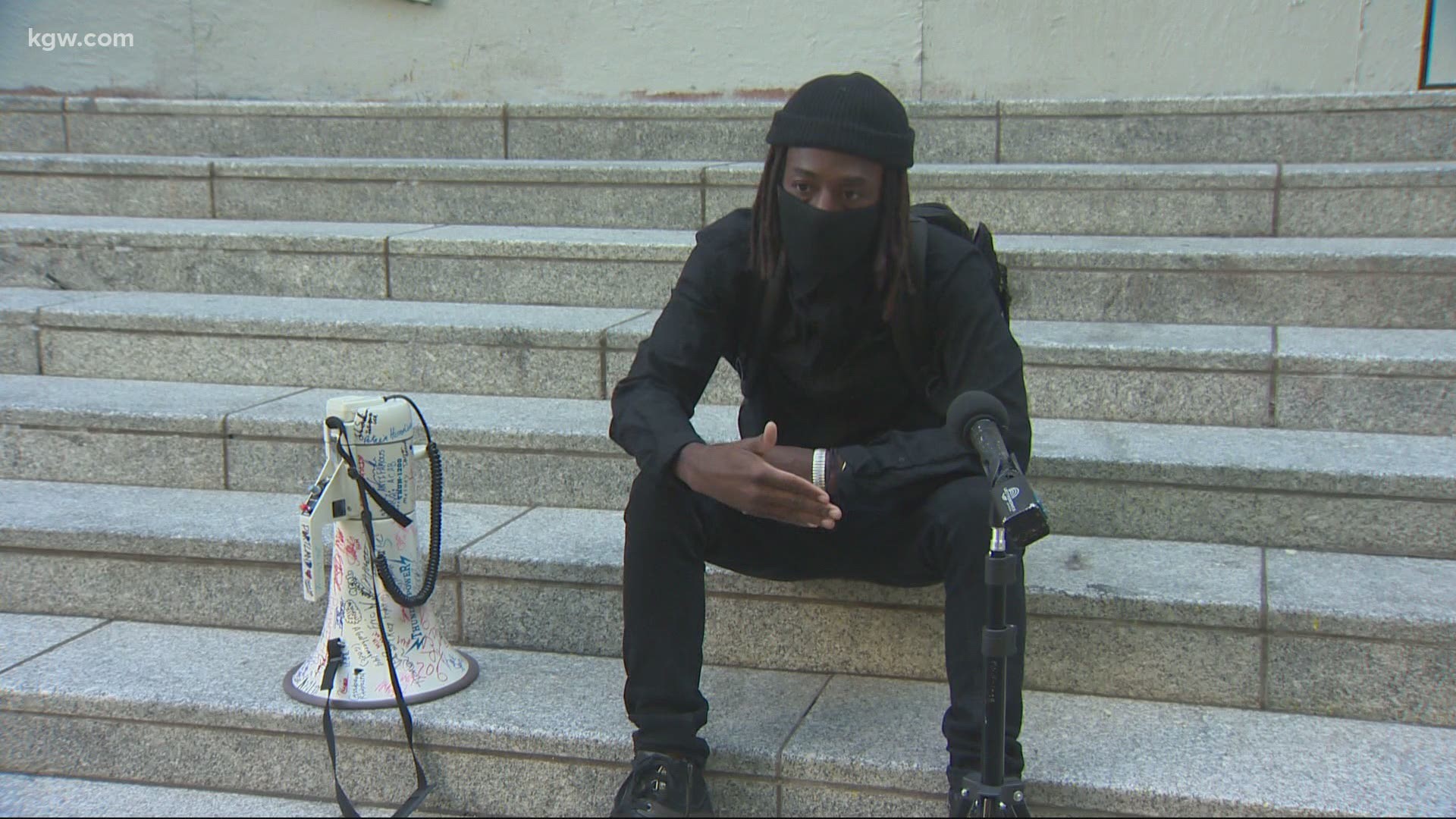 PORTLAND, Ore. — The protests began in late May and quickly swelled. And with that came the destruction and the violence from some protesters, but also including tear gas and other forceful crowd-control methods from Portland Police and federal officers.

We had a quiet visit about it all with Seneca Cayson. Cayson has been a leader of non-violent protests in Portland. He says the social justice message has been diffused by other competing and opposing interests.

“Black lives are in the middle of all these agendas, the rocks are being thrown; obviously they gotta cross the middle before they can get to the other side,” said Cayson, as we sat outside the Multnomah County Justice Center.

The protest leader says some of the current distractions are coming from people who may be well-meaning, but who need to take a breath.

“For 100 days now, white people have gone through 500 years of education and haven't decompressed. That's why you see the fireballs and these different things, I'm not giving them an excuse but I'm telling you, if you go down deep in the ocean and come up too fast, you will die,” said Cayson

Cayson continues to speak out at various Portland demonstrations. People helped him get a new bullhorn and other protest and personal gear after his car was burglarized. His message with the new bullhorn won't change.

And that's the message Cayson hopes others will hear and share in the next 100 days.

“It's time for the people with nothing to lose to step aside a little bit and let the people stand that got things to lose. I've got three sons, I'm here fighting for them,” said Cayson.

“We have to stand; we all have to stand. I'm calling everybody who has something to lose and knows the difference between right and wrong to stand. Not to fight, to stand.”