On Wednesday, Portland Police Chief Chuck Lovell highlighted new bureau initiatives after another night of protests in the city. 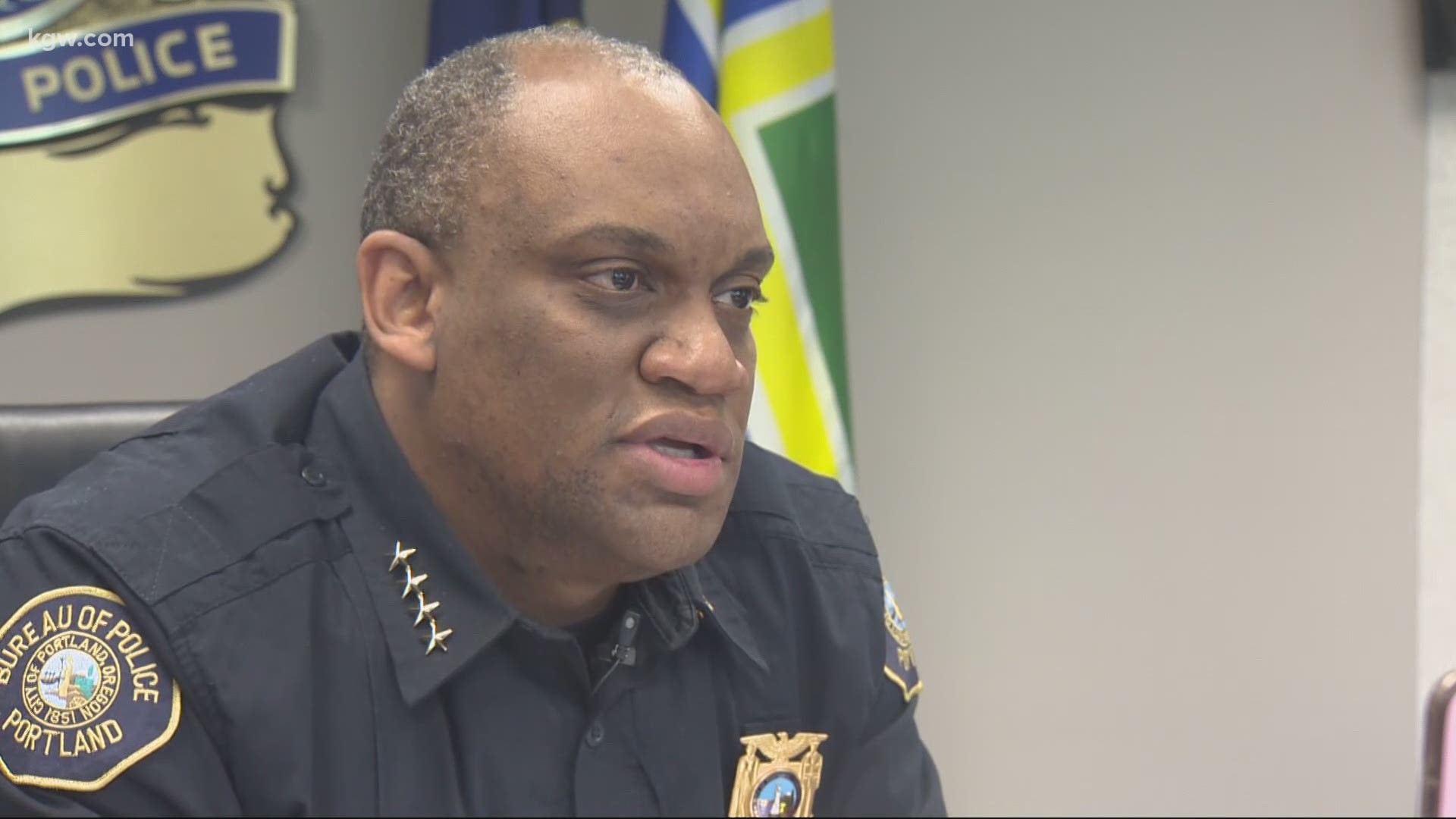 PORTLAND, Ore — Protests continued in Portland Tuesday night with a warning about fire danger from both community members and police. On Wednesday, Portland’s police chief laid out new initiatives within the bureau moving forward.

As wildfires ravage the region, Portland City Commissioner Jo Ann Hardesty turned to Twitter to call for cognizance of the fire danger amid the ongoing protests.

"I am calling on the police to cease their use of any munitions that have the potential to ignite and for protesters to refrain from lighting anything as well. I know tensions remain high but it is critical that we work together in this moment to get through this," one tweet read.

I am calling on the police to cease their use of any munitions that have the potential to ignite and for protesters to refrain from lighting anything as well. I know tensions remain high but it is critical that we work together in this moment to get through this. 2/3

PPB used some crowd control munitions, but not CS gas. A couple of fires were witnessed by police downtown Tuesday night, but PPB tells KGW they are not sure if they were connected demonstrations.

Wednesday Portland Police Chief Chuck Lovell led a press conference to talk, not about the civil unrest, but about initiatives moving forward.

“The equity team has been working on multiple projects, but one of the things that they're working on is anti-racism training,” Lovell said.

Training is set to roll out this winter to address equity within the bureau and in the promotion process.

“We’re also working really hard to embed equity into our promotion process as well,” Lovell said. “We have some upcoming lieutenant and sergeant positions. So, we want to make sure we’re incorporating equity into our leadership that we’re bringing on here in the police bureau.”

Lovell also highlighted a duty to intervene directive for officers after George Floyd was killed while in Minneapolis Police custody.

“You had all these other officers there while George Floyd was being killed and no one intervened," he said. "So this training is actually something that a lot of departments are looking at and it's really going to lay a framework for how to teach officers to do that intervention.”

The bureau released an informational video Tuesday that breaks down staffing and the availability of officers across the city.

“It's definitely a lean police department, as far as police forces go, but I think it was important to tell that staffing story to the public and give them a sense of what the staffing actually looks like on the street,” Lovell said.