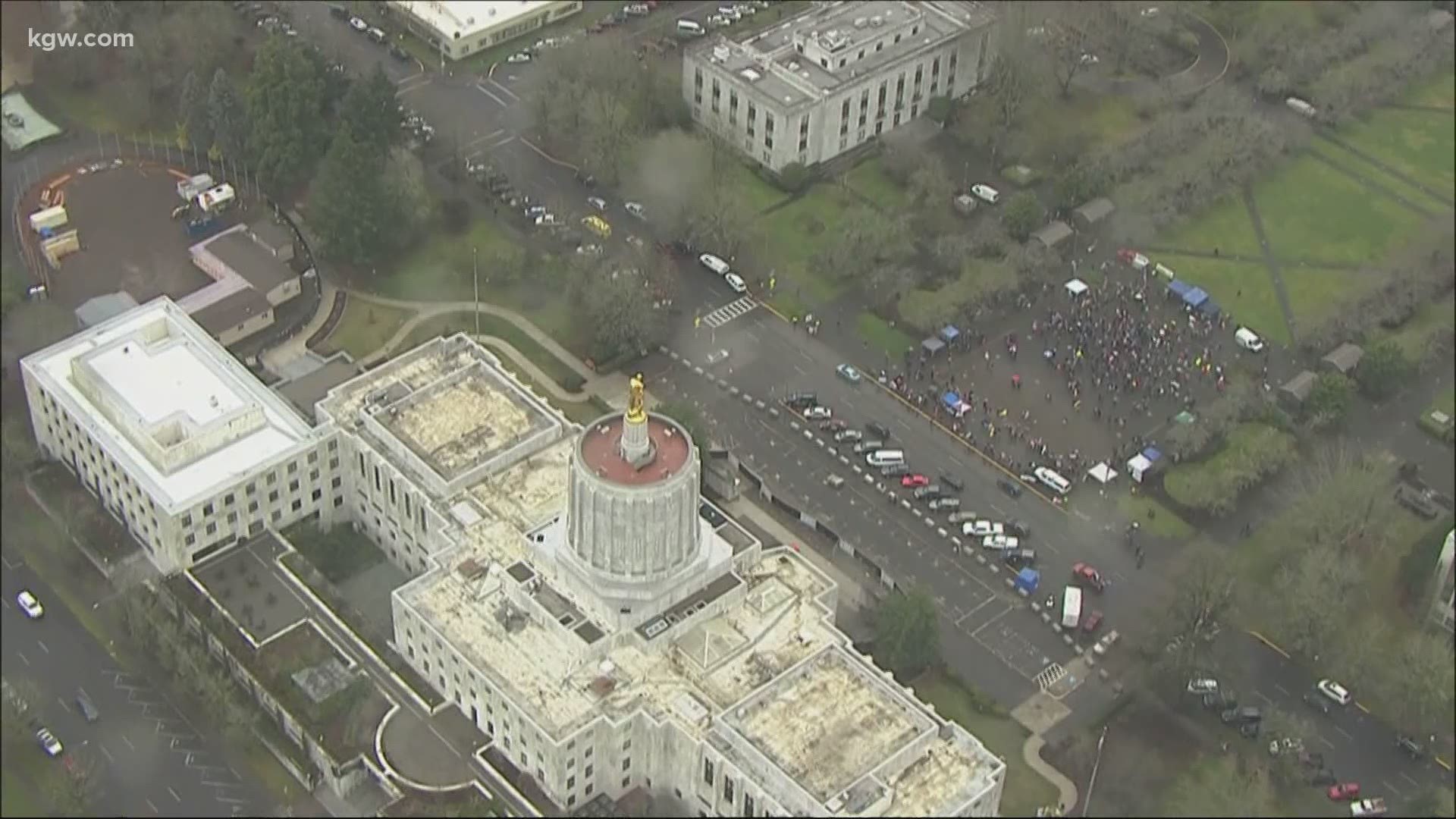 SALEM, Ore. — Supporters of President Donald Trump and a separate group of protesters gathered near the Capitol building in Salem on Wednesday.

A large crowd of people, many holding American flags, had begun gathering near the building Wednesday morning.

Salem police tweeted Wednesday afternoon that a separate group of people attempting to march toward the Capitol was refusing commands from officers to disperse and leave the area.

The Oregon State Police (OSP) then declared an unlawful assembly. A tweet from OSP said everyone must leave the area or be subject to arrest or use of force.

OSP said at least one person was arrested. It was unclear whether police took anyone else into custody.

Video shared on social media shows what appears to be officers using riot control agents on the crowd.

The crowd had diminished by 3:50 p.m., Salem police said, and streets in the area were reopened to traffic.

Two people were arrested. David Willis, 43, of Lincoln City, was charged with harassment and disorderly conduct. Cody Melby, 39, is accused of trying to enter the Capitol. He was arrested for trespassing while in possession of a firearm.

Salem officers were working in a supporting role with Oregon State Police to monitor the situation and make sure businesses, employees and customers in the area are safe.

Senator Jeff Merkley posted on Twitter a tour of the office he had been in earlier that day and some of the damage that was done by those who stormed the building.

Trump supporters in Washington, D.C. stormed the U.S. Capitol building and halted the vote certification of the presidential election.