Speaking at a briefing in Florida, President Trump claimed that local police couldn't manage the protests themselves. 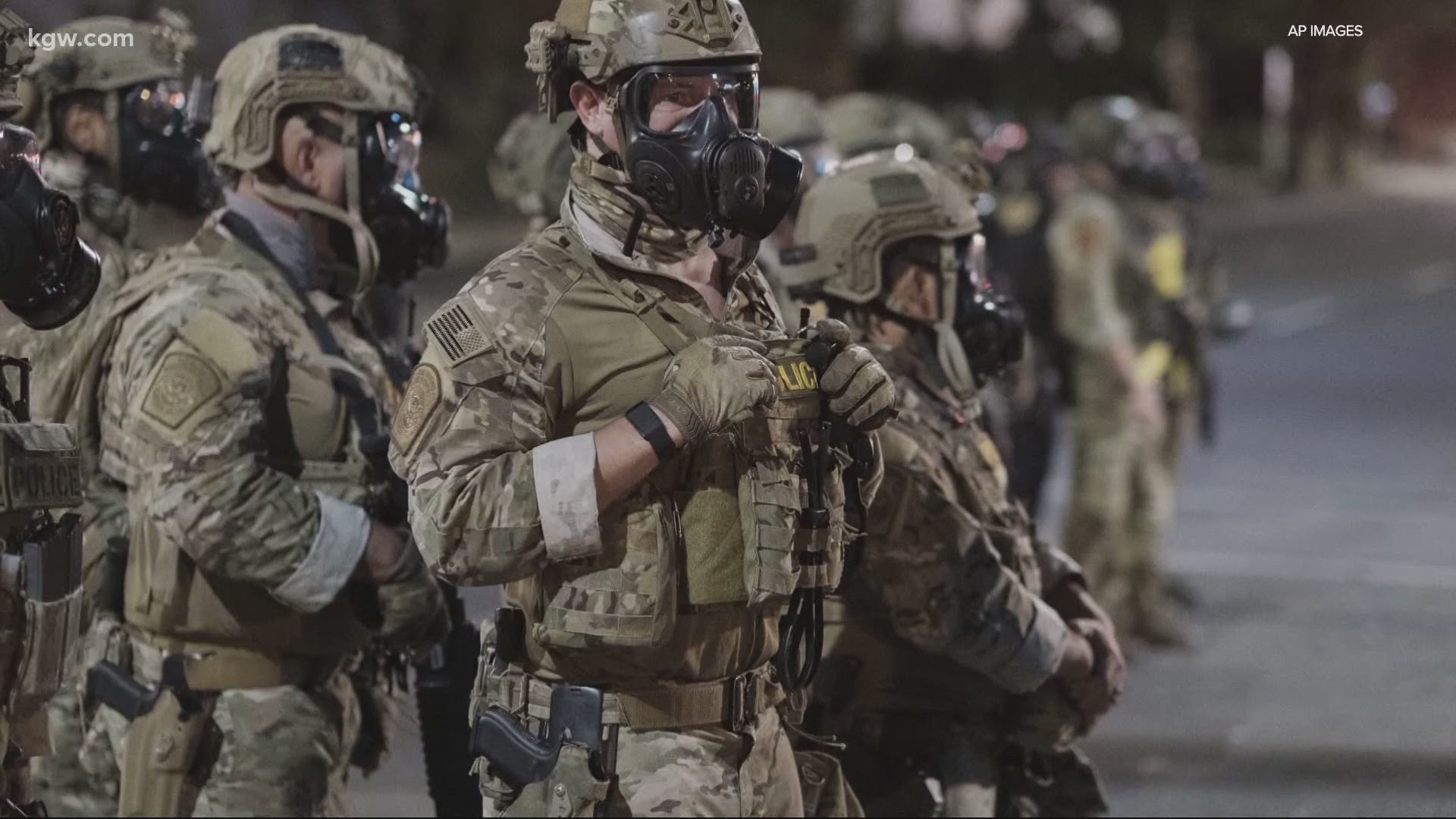 PORTLAND, Ore. — Protesters have demonstrated for about 6 weeks now in Portland.

Some have clashed with local authorities, while other protesters are also facing off against federal officers deployed here under an executive order from President Trump to protect federal property and monuments.

Portland police posted a picture on Twitter Friday night of what appeared to be a 16-inch sledgehammer.

They say someone was breaking down a door of the federal courthouse with it during protests downtown and struck a federal officer in the head and shoulder when he and other officers tried to intervene.

The person was  arrested

Protesters have demonstrated for 43 consecutive nights following the police killing of George Floyd in Minneapolis.

The protests have evolved from thousands taking to the streets to small groups who, late at night, focus their actions on federal properties like the Mark O. Hatfield Courthouse.

The Department of Homeland Security deployed federal officers in tactical gear from around the country, under an executive order last month, to protect federal property and monuments in several cities including here in Portland.

During a military briefing Friday in Florida, President Trump talked to the Acting DHS Secretary, Chad Wolf about the protests in Portland and claimed that local police couldn't manage the protests themselves.

"It was out of control, the locals couldn't handle it, and you people are handling it very nicely," said President Trump.

"I think what we see in Portland is really a smaller example of what we see around the country regarding some of the civil unrest and the attacks on law enforcement," said Wolf. "We've had to send in additional individuals. We're making arrests. But there has been violence, there's been assaults on federal law enforcement officers. And it really just shouldn't occur. We should have more support of the local police there." He went on to say federal agents had arrested close to a dozen people so far and the Department of Justice had charged almost as many.

Deputy Police Chief Chris Davis has said his department did not request assistance from the federal government, and he doesn't have the authority to order federal officers to do things, saying "it does complicate things."

"It's a wild group but you have it in pretty good control so we appreciate it. Local law enforcement has been told not to do too much. It's not the way it's supposed to be, but that's okay, " said President Trump in response to Wolf.

Portland's police union announced a vote of no confidence in city leaders this week, saying they do not believe commissioners or the mayor will act to stop violent protests in Portland.