The request comes as reports indicate more federal officers are on their way to Portland. 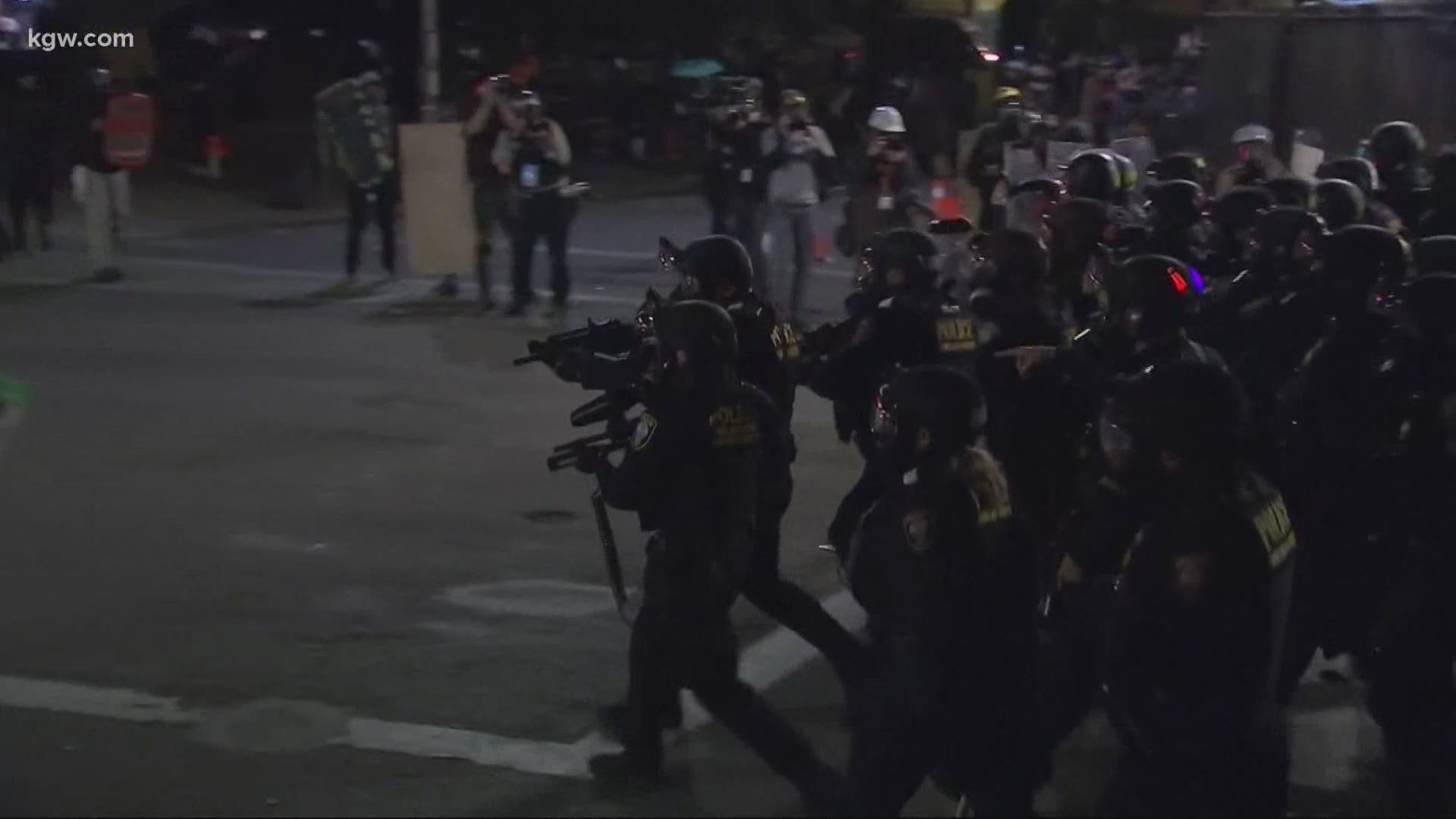 PORTLAND, Ore. — Portland Mayor Ted Wheeler and Commissioner Jo Ann Hardesty are requesting a meeting with Department of Homeland Security leadership “to discuss a ceasefire and removal of heightened federal forces from Portland.”

Monday evening’s statement is a turnabout for Wheeler, who previously said he wouldn’t meet with DHS Acting Secretary Chad Wolf even if he was invited.

Wheeler had a phone conversation with Wolf two weeks ago. He said he wanted federal officers off Portland streets, and then "asked him to clean up the graffiti on local federal facilities."

Hardesty, a longtime police reform advocate, has also denounced federal officers being in Portland. She has also been critical of Wheeler's leadership during the protests, even going as far as telling the mayor, who is also the police commissioner, that if he "can't control the police, give me the Portland Police Bureau."

Monday’s request also comes as reports indicate more federal officers are on their way to Portland. Oregon Public Broadcasting and the Washington Post reported President Donald Trump’s administration has deployed an additional 100 federal officers to protect federal buildings in downtown Portland, including the federal courthouse which has been the epicenter of nightly protests.

On Sunday, acting Homeland Security Secretary Chad Wolf told Fox News there will be “additional actions” probably as early as this week.

Earlier on Monday, Wheeler and five other mayors from across the country sent a joint letter to Congress on Monday, asking congressional leaders to enact legislation restricting the deployment of federal officers to their cities.

This weekend saw thousands of people demonstrating for racial justice, followed by overnight clashes between federal officers and protesters. Federal authorities said some demonstrators lit fires, launched fireworks at officers and breached a huge fence set up to protect the courthouse. Twenty-two people were arrested over the weekend and face federal charges, according to U.S. Attorney Billy Williams. That appears to be in addition to the 60 people who had been arrested or detained since early July, when federal officers arrived in Portland, up until last weekend.