Judge restricts Portland police's use of tear gas for 14 days

The judge concluded protesters "engaged in peaceful and non-destructive protest.” 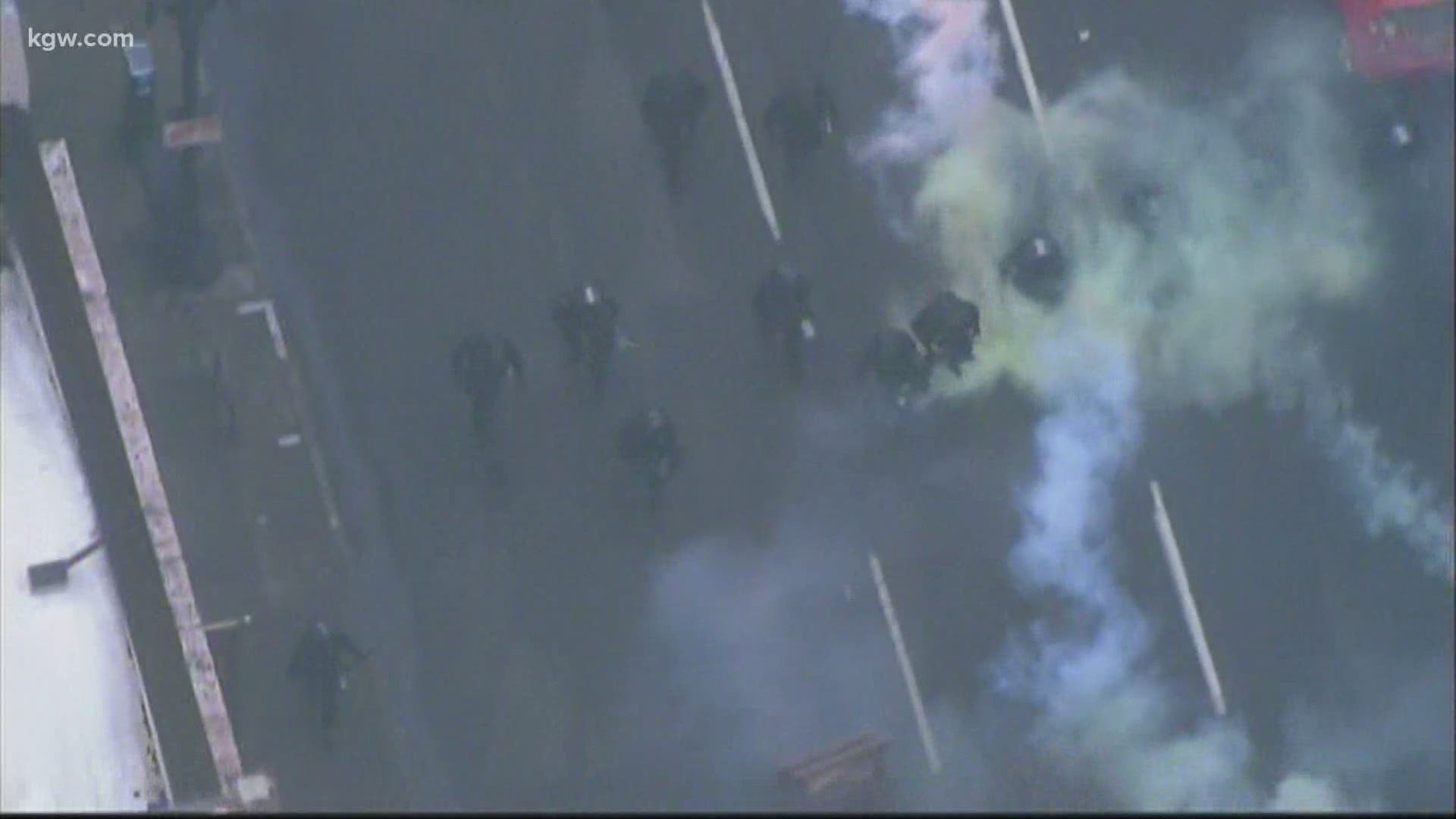 PORTLAND, Ore. — A judge has barred the Portland Police Bureau from using tear gas, or CS gas, on protesters for 14 days except for circumstances in which someone’s life or safety is at risk.

“This includes the lives and safety of those housed at the Justice Center. Tear gas shall not be used to disperse crowds where there is no or little risk of injury,” U.S. District Judge Marco A. Hernandez wrote.

The ruling is in response to a lawsuit filed last week by two protesters and the nonprofit Don’t Shoot Portland, seeking a ban on police use of tear gas. The practice came under fire after nightly clashes between protesters and police outside the Multnomah County Justice Center in downtown Portland, which typically ended with police using force, including tear gas, to disperse the crowds of hundreds.

In the ruling, Hernandez recognized a fence outside the Justice Center was shaken and water bottles and fireworks were thrown at police but concluded “there is no dispute the Plaintiffs engaged in peaceful and non-destructive protest.”

“To the contrary, there is even evidence that some protesters were confronted with tear gas while trying to follow police orders and leave the demonstrations,” Hernandez wrote. “Given the effects of tear gas, and the potential deadly harm posed by the spread of COVID-19, Plaintiffs have established a strong likelihood that Defendant engaged in excessive force contrary to the Fourth Amendment.”

The judge also ruled there was a “serious question” as to whether protesters’ First Amendment rights were violated.

While the ruling mirrors what Mayor Ted Wheeler instructed the bureau last weekend, Hernandez wrote there wasn’t sufficient evidence to show the mayor’s guidance would effectively prevent the continued use of tear gas. The judge’s decision now provides legal temporary relief for protesters.

The judge's order will expire in two weeks unless it is extended, superseded or vacated.