Portland police said they used tear gas to disperse protesters because commercial-grade fireworks were being thrown at officers. 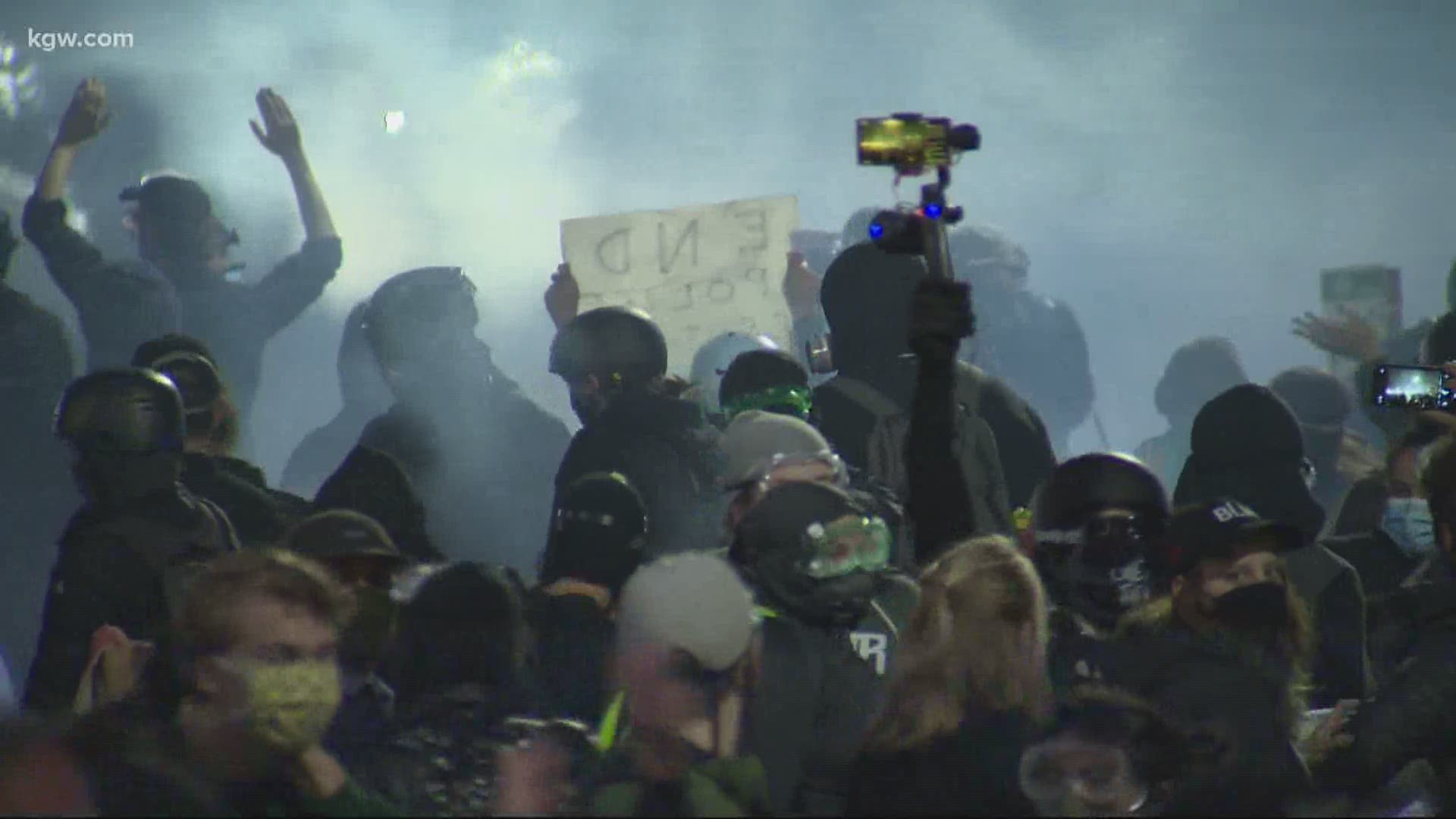 The clash took place outside the Portland police union's headquarters, in the 1800 block of North Lombard Street. The Portland City Council is expected to vote Wednesday on extending an expiring contract with the union.

Protesters, calling for the justice of Black Portlanders killed by police, first gathered at Peninsula Park. They then marched to the union headquarters.

Police first declared the demonstration an unlawful assembly shortly after 9 p.m. after demonstrators threw rocks and water bottles at officers.

Demonstrators started throwing commercial-grade fireworks, baseball-sized rocks, full cans and water bottles at officers. Several officers required medical attention after they were hit with rocks. Five officers and a criminalist were injured, according to police. Police declared the demonstration a riot around 10:15 p.m.

Police told demonstrators to disperse, warned people they could be arrested and used tear gas. Portland police said it used tear gas "to protect the life and safety of police personnel" because demonstrators were throwing commercial-grade fireworks at officers.

Portland police are barred from using tear gas, except for circumstances in which someone’s life or safety is at risk, according to a court order in effect through July 24.

A total of 29 demonstrators were arrested on charges ranging from interfering with a police officer, disorderly conduct and assault on a public safety officer.

Portland Police Chief Chuck Lovell said officers' response was appropriate to protect people who lived in the area where the demonstration occurred.

"Last night, another march occurred, this time in a residential neighborhood where many families were at home and some were likely sleeping. Some have said we are only protecting an empty building and the force used was excessive. My response to that is we would have seen one building lit on fire in a neighborhood where a commercial building fire could have led to residences being burned with families inside.

"Life safety for all is our number one priority.We are determined to protect our community. This is bigger than property; it is about human lives," Lovell said.