Patrick Kimmons, who was 27 years old, was shot nine times. A grand jury ruled the officers involved in the shooting were justified in using deadly force. 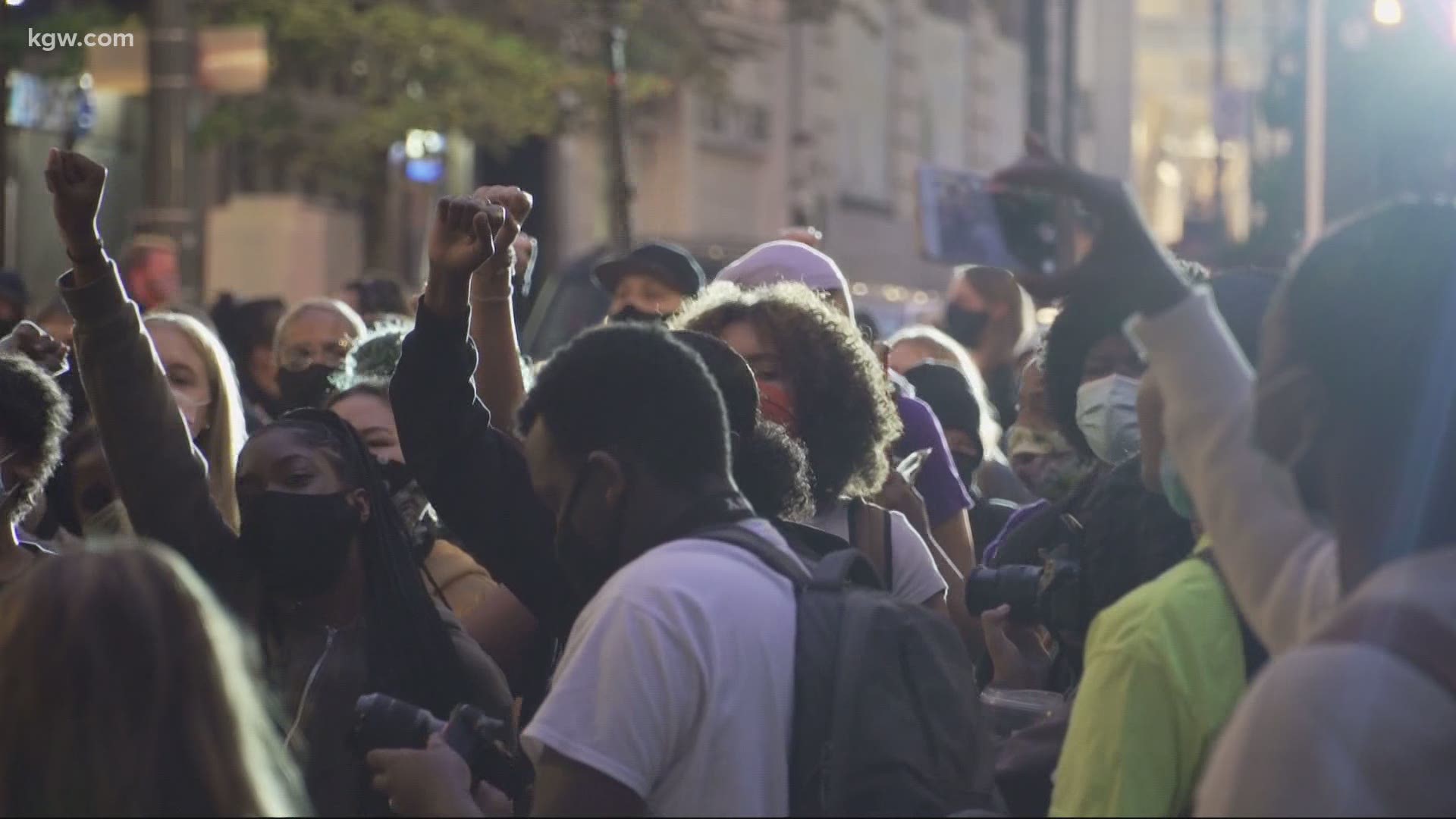 Kimmons, who was 27 years old, was shot nine times and killed on Sept. 30, 2018. A grand jury ruled the two Portland police officers who shot Kimmons were justified in the use of deadly force.

As they have done for more than 100 nights this year, protesters demanded an end to racial injustice and police brutality, with the focus Wednesday on Kimmons, a Black man. The group met at Pioneer Courthouse Square and marched to Southwest 3rd Avenue and Harvey Milk Street, where Kimmons was fatally shot two years ago. Demonstrators shouted Kimmons’ name, lit candles and painted his name on the street.

Kimmons’ mother is expected to speak to the crowd. She has been critical of the shooting and the grand jury decision that ruled officers were justified in using deadly force against her son. The shooting and grand jury ruling also led to protests in 2018.

According to Portland police, Sgt. Garry Britt and Officer Jeffrey Livingston were providing extra patrol coverage in a part of downtown Portland where there had been gang-related violence when they heard gunshots. Two men had been fighting, and Kimmons shot them, seriously injuring both, police said.

During their testimony, both officers said they saw Kimmons pull his revolver back out of his pants and point it at them after shooting a rival gang member. Both officers testified they yelled at Kimmons. One ordered him to drop the gun, the other to raise his hands, but he did not do either, they said in their testimony.

The Portland Police Bureau released surveillance videos of the shooting shortly after the grand jury's decision was revealed. WARNING: The content in the videos may be disturbing to viewers