Portland is once again getting national attention as protests continue for an 11th week since the killing of George Floyd. 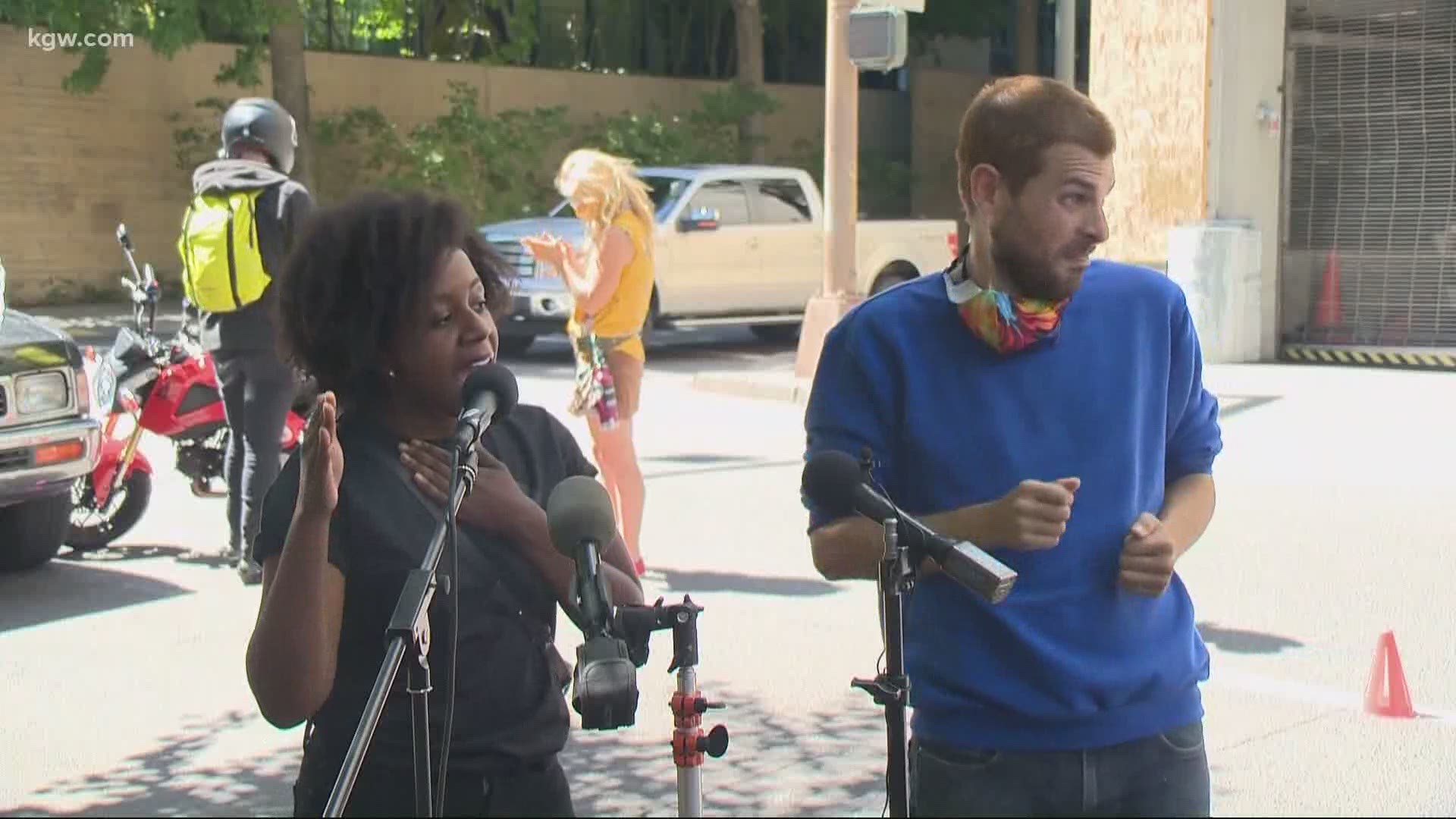 PORTLAND, Ore. — A hate crime survivor and outspoken staple at recent Black Lives Matter demonstrations in Portland won’t be prosecuted for charges tied to her arrest at Sunday night’s protest.

“This is happening all over the world,” Hester said of the protests. “So jump on board with the unity, with the love.”

“You folks have inspired people from across the country,” said Sandy Hudson, founder of BLM Canada.

Back in 2017, Hester was harassed and assaulted by self-proclaimed white supremacist Jeremy Christian. It happened the night before Christian boarded a crowded MAX train and stabbed three men, killing two. He was sentenced to life in prison for the attack earlier this year.

In the wake of the killing of George Floyd, Hester has become a regular at Portland’s protests, which have been going on for more than 70 straight nights. This weekend, more than 100 people gathered in North Portland, outside the Portland Police Association headquarters.

Videos from both Saturday and Sunday night show people lighting fires in dumpsters and dragging chain-link fences into the street. Another video, shot by Sergio Olmos, shows a fire burning inside the PPA headquarters.

Portland police said in a press release multiple officers were injured throughout the weekend. The release said people fired mortars, threw chunks of concrete and launched commercial grade fireworks at them.

Night after night, police have quickly declared the gatherings riots and used tear gas to break up crowds.

On Monday, White House Press Secretary Kayleigh McEnany took aim at Mayor Ted Wheeler’s condemnation of recent violence amid protests in Portland, after, weeks ago, he stood with protesters as federal officers sprayed the crowd with tear gas.

“It is a drastic change. It took him 73 days, I suppose, to come up with that realization,” McEnany said of the mayor’s more recent statement. “What we're seeing in Portland, with six nights in a row riots being declared on Wednesday… this is unacceptable, and it is encouraging to see that the liberal mayor of Portland finally seems to realize that.”

At Sunday’s demonstration, police arrested sixteen people, including Hester. Most faced charges of disorderly conduct and interfering with a peace officer.

Portland police didn’t elaborate on why Hester was charged or what exactly she was accused of doing. When asked why Schmidt’s office was declining to prosecute her case, the spokesman didn’t respond.

When asked whether Schmidt would prosecute cases tied to other arrests made that weekend, the spokesman wrote, “I don’t have information on the other cases at this time.”