'This no longer has anything to do with Black Lives Matter': Neighbors, business owners tired of Portland riots, violence

On Ted Wheeler's birthday, protesters showed up and rallied for him to resign. Then, some in the crowd tried to set fire to the apartment building. 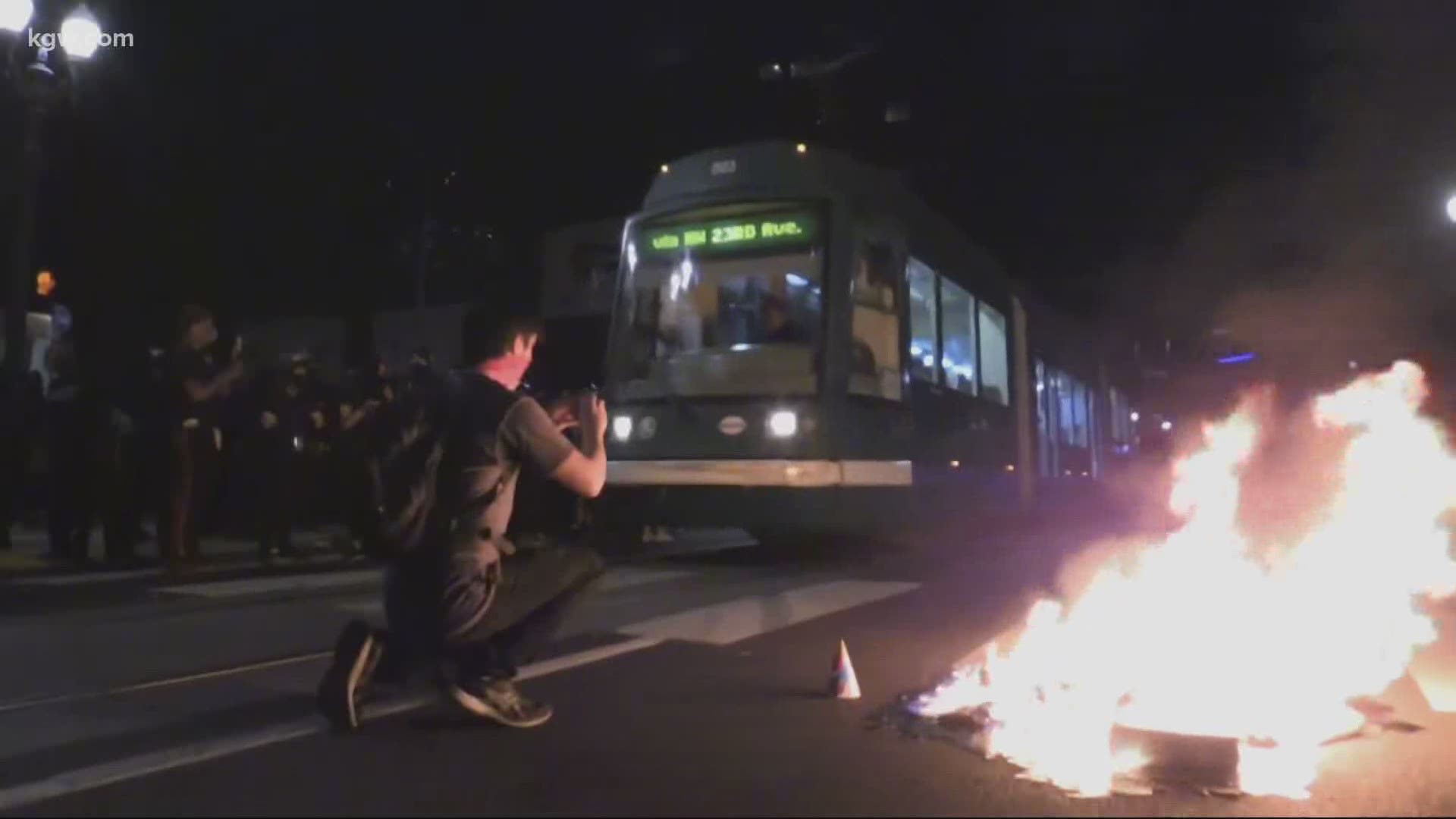 PORTLAND, Ore. — The mood was festive in a way at a Monday night protest outside the Pearl District apartment building where Mayor Ted Wheeler lives. It was the mayor’s birthday, and people were calling for him to resign. But when some people broke windows and got into the building, the mood changed.

“They broke the glass and there were glass shards everywhere here,” said Eli Shemali.

Shemali in one of the partners at Pearl District Dental, at Northwest 10th Avenue and Glisan Street. The clinic has been in the Pearl since 2002. And they’ve never had anything like this. It appeared as if fireworks were set off inside the clinic. If singed curtains had gone up in full flames, it could have been much worse.

Shemali said he supports free speech, “but in our case, I think they really broke through the line. They actually tried to set fire inside in the deep space of the clinic, and in a high-rise building that really is uncalled for. It could have gotten out of hand and led to something really pretty serious.”

Police eventually declared a riot Monday night and moved people out, pushing them west on Glisan Street. Officers made 19 arrests, including one captured on video of an officer tackling and repeatedly punching a person.

A police officer runs ahead of his line, tackles a protester, and starts punching them on the ground pic.twitter.com/gpwmMjwuWC

The Portland Police Bureau (PPB) told KGW they are reviewing the use of force.

On Tuesday morning, the cleanup came with frustration for people who live in the area, including a man who lives in same building as the mayor. Tom Drewes said he and many others in the building support the Black Lives Matter movement.

“I think, sadly, this no longer has anything to do with Black Lives Matter and that's the tragedy of this. I think that message has been co-opted by people with a totally different agenda,” said Drewes.

Black Lives Matter organizer Seneca Cayson is frustrated, too. After leading a peaceful protest Monday night, he saw on a livestream what was happening where the mayor lives.

“And I immediately just dropped my head and said, ‘We've got to do something different,'" said Cayson. “So, I personally reached out to [Wheeler's] office and left a message to say, ‘I'd like to speak because not only do I have my opinions but I have some solutions that I know that I can get across.'”

Cayson feels more and more that the Black Lives Matter protests have been taken over by political sides taking shots at each other, and that Black people and the movement for social justice are suffering for it.

For Eli Shemali from the Pearl District Dental, one thing that's encouraging is that he was told there were protesters trying to stop the people who went in to try to set the fire in the clinic.