Earlier on Monday, the Justice Department labeled Portland an "anarchist jurisdiction," which Mayor Ted Wheeler, who protesters have called on to resign, denounced. 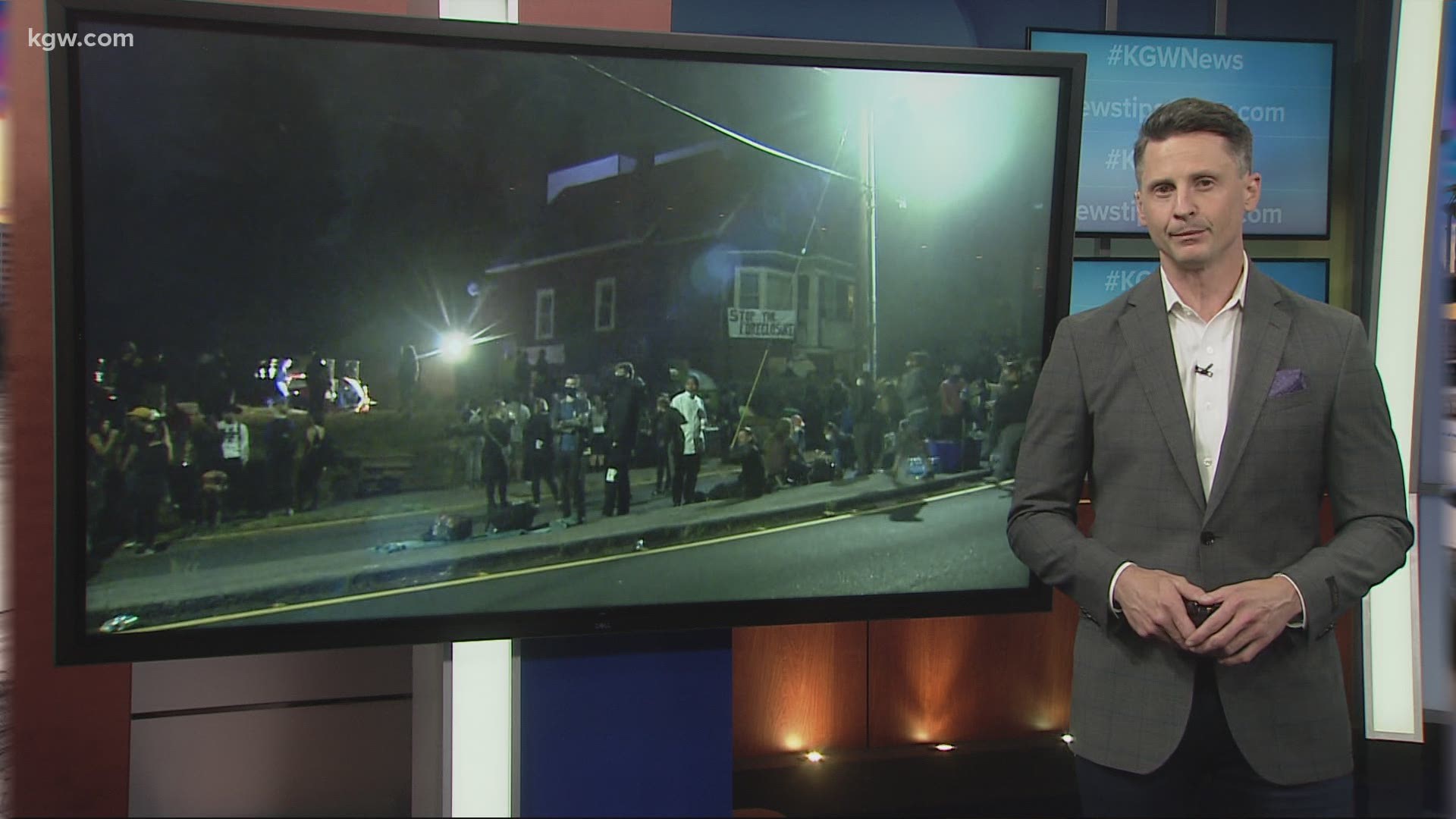 PORTLAND, Ore. — A group of protesters gathered outside the Penumbra Kelly Building in Portland Monday night.

Independent reporters on scene estimated the group at about 100 people. The group arrived at the Kelly Building, located on East Burnside near 47th Avenue, shortly before 9:30 p.m. Police were waiting in front of the building, which has been the site of previous clashes between demonstrators and police.

Portland police warned demonstrators not to go on the property, and threatened arrest and the use of munitions if the order was not followed.

As of 11:30 p.m., there had been no confrontations between police and protesters.

Demonstrators first gathered at Laurelhurst Park, on East Burnside and Cesar E. Chavez Boulevard, and marched about a half-mile to the Kelly Building. Protesters are calling for the total abolition of police and prisons.

Protests in Portland resumed last week after a brief hiatus due to wildfires across the state blanketing the city in smoky and unhealthy air conditions. Prior to that, there had been more than 100 consecutive nights of demonstrations, many of which ended with clashes between police and protesters, following the police killing of George Floyd in Minneapolis.

Earlier on Monday, the U.S. Department of Justice (DOJ) identified Portland, Seattle and New York City as “anarchist jurisdictions.” According to the DOJ, the cities have "refused to undertake reasonable measures to counteract criminal activities."

"This is thoroughly political and unconstitutional," the statement read. "The President is playing cheap political games with Congressionally directed funds. Our cities are bringing communities together; our cities are pushing forward after fighting back a pandemic and facing the worst financial crisis since the Great Depression, all despite recklessness and partisanship from the White House. What the Trump Administration is engaging in now is more of what we've seen all along: shirking responsibility and placing blame elsewhere to cover its failure."