The announcement comes after fierce blowback from local and state leaders about the presence of federal law enforcement in Portland. 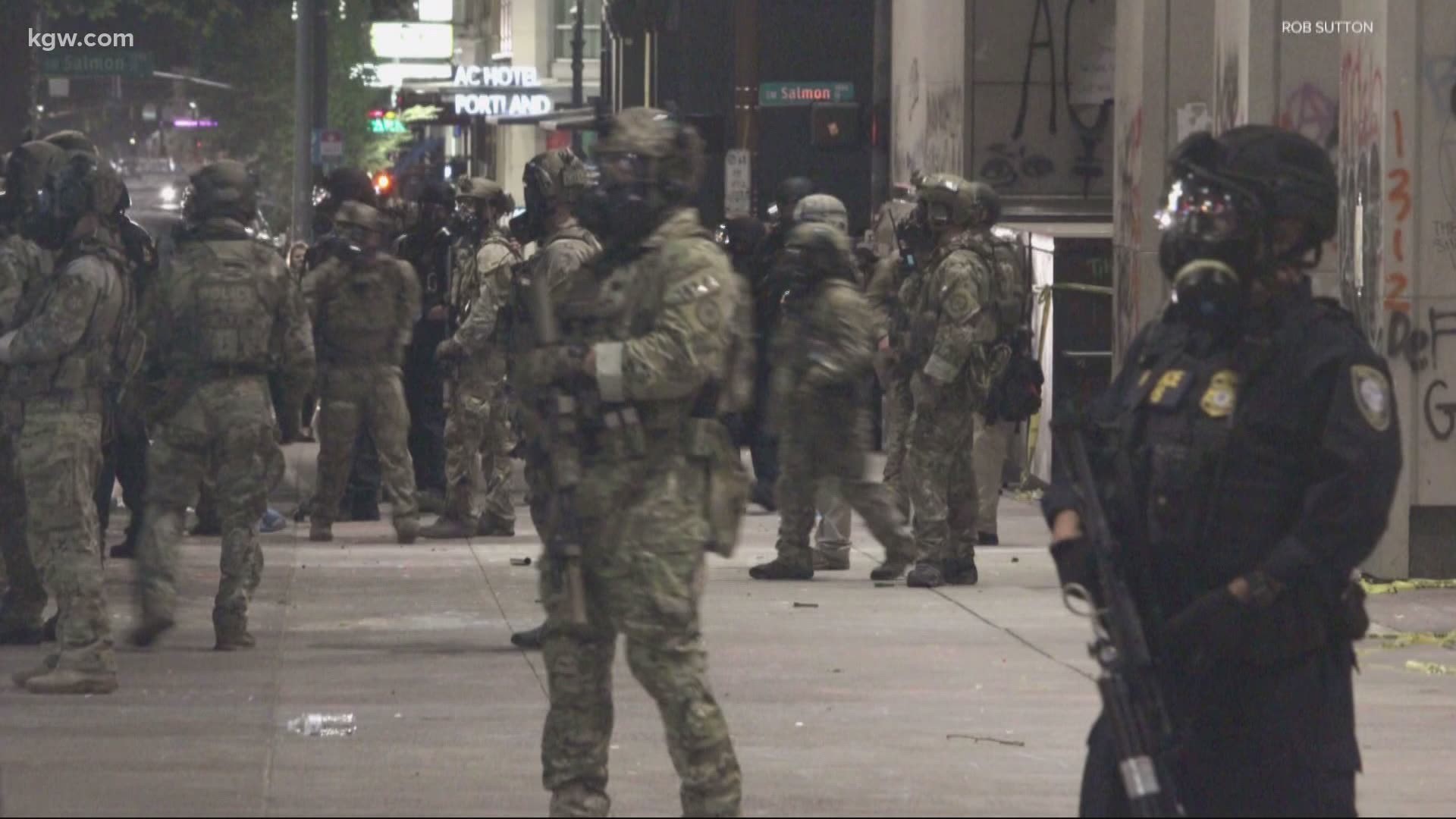 PORTLAND, Ore. — U.S. Attorney Billy Williams called for an investigation into federal officers who reportedly pulled Portland protesters off the street and into unmarked vans.

“Based on news accounts circulating that allege federal law enforcement detained two protesters without probable cause, I have requested the Department of Homeland Security Office of the Inspector General to open a separate investigation directed specifically at the actions of DHS personnel,” Williams said in a statement.

The announcement comes after fierce blowback from local and state leaders about the presence of federal law enforcement in Portland.

Officers from the U.S. Marshals, Federal Protective Service, U.S. Customs and Border Protection and Homeland Security were called in earlier this month from outside the area to help protect federal buildings and personnel in downtown Portland.

In an interview with Oregon Public Broadcasting and the Washington Post, one protester said he was hauled away by unidentified federal agents in downtown Portland, searched and placed in a holding cell in the federal courthouse. He was later released, with no record of his arrest.

“It is just central for accountability that we know who is doing the arresting, who’s being arrested and what they’re being arrested for,” said former U.S. Attorney for Oregon Dwight Holton.

These federal officers (?) just rushed up and arrested someone for no reason pic.twitter.com/xcFVuoMZmN

On Friday, U.S. Customs and Border Protection (CBP) issued a statement explaining how agents in one video identified themselves and were wearing CBP insignia. The names of the agents weren’t displayed because of recent doxing incidents, according to the statement.

“Once CBP agents approached the suspect, a large and violent mob moved towards their location. For everyone’s safety, CBP agents quickly moved the suspect to a safer location for further questioning,” CBP said in the written statement.

RELATED: 'They blew the whole thing back up again': Wheeler wants federal troops out of Portland