Portland Mayor Ted Wheeler admitted it's an "ugly" tactic. He reportedly told protesters to expect an announcement on the issue from his staff on Saturday. 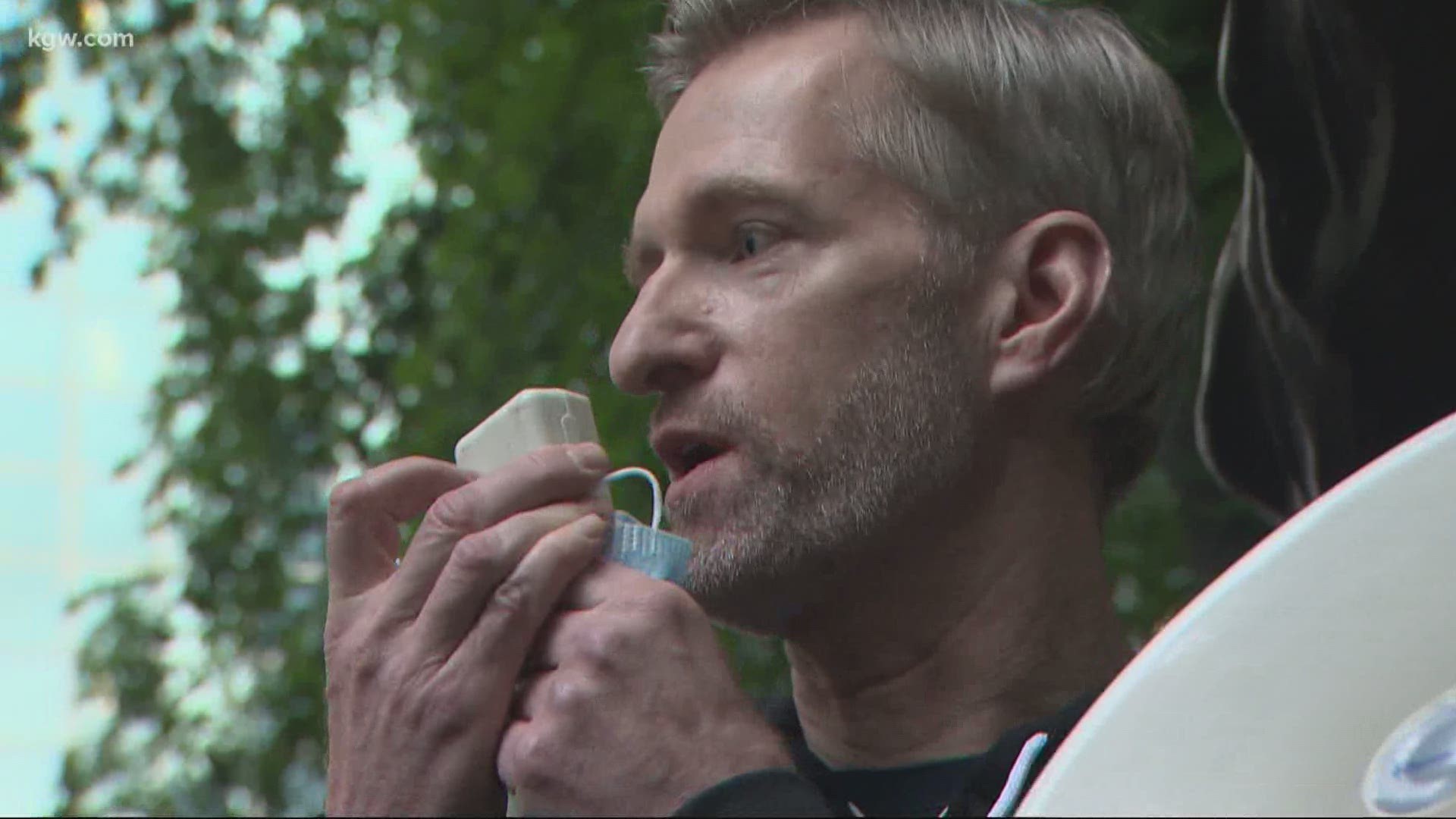 PORTLAND, Ore. — Portland protesters and the group Don’t Shoot Portland have filed a class action lawsuit against the city Portland for using tear gas on demonstrators over the last week, according to the Oregon Justice Resource Center.

"Police have unleashed tear gas on crowds, including the plaintiffs, who have not committed any crimes and posed no threat to anyone else but were exercising their right to free speech," said OJRC spokesperson Alice Lundell.

Portland Mayor Ted Wheeler said Friday morning he feels use of tear gas against protesters is "ugly," and admitted he agrees with activists who want the police to stop using tear gas.

RELATED: 'Lets be honest. It's ugly': Mayor Wheeler addresses use of tear gas against Portland protesters

"I'm not willing to say today I would ban it," Wheeler said, "without acknowledging we need to know there are viable alternatives that don't include a higher use of force." He said he hopes the city can find viable alternatives for dispersing crowds.

But on Friday night, Wheeler reportedly told protesters he supports a 30-day tear gas ban, like what the city of Seattle implemented, and that his staff would be making an announcement Saturday about the issue. Tear gas was again used by police during Friday night's protests, which were declared an unlawful assembly after demonstrators threw projectiles at officers.

But a ban is exactly what protesters are asking for, Lundell said Friday afternoon. As an immediate solution, the plaintiffs want a temporary restraining order put in place. And then they want to see a permanent ban on the use of tear gas by Portland police.

RELATED: Seattle bans police use of tear gas for 30 days

“By nature, tear gas can only be used indiscriminately,” said attorney Maya Rinta of Albies & Stark, representing the plaintiffs. “When clouds of chemical weapons are in the air, everyone close by will breathe them in and be harmed ... It’s a particularly dangerous act in the midst of a pandemic, since the effects of tear gas could amplify the spread of COVID-19.”

Medical professionals, including Oregon Health and Science University President Danny Jacobs, have spoken up about the use of tear gas amid the coronavirus pandemic.

"The release of airborne droplets through tear gas-induced coughing could accelerate the spread of COVID-19 and lead to a surge in new cases," Jacobs said. "Damage to the respiratory tract can put individuals at greater risk of adverse outcomes if they become infected with COVID-19."

Don’t Shoot Portland spokesperson Teressa Raiford said the use of tear gas demonstrates that police aren't concerned about the harm they're causing.

"For weeks we’ve been told to protect against the coronavirus, and we have shut down the country to achieve that," Raiford said. "Now suddenly the city doesn’t care about the risks of COVID-19 when we are fighting for our lives.”

On Friday morning, Portland's deputy chief of police, Chris Davis, defended the bureau's use of CS gas, saying officers only use it after they've warned protesters that they need to disperse.

Lundell said Portland police have used the gas against protesters near the Multnomah County Justice Center on five nights since the protests began. Along with Don't Shoot Portland, Portlanders Nicholas Roberts and Michelle “Misha” Belden are plaintiffs in the lawsuit.

RELATED: VERIFY: Tear gas is banned from war, but not banned for use by law enforcement internationally

YouTube: Protests in the wake of George Floyd's death