On Tuesday, a group led by Rose City Justice: A Civil Rights Collective met at Powell Park in Southeast Portland. 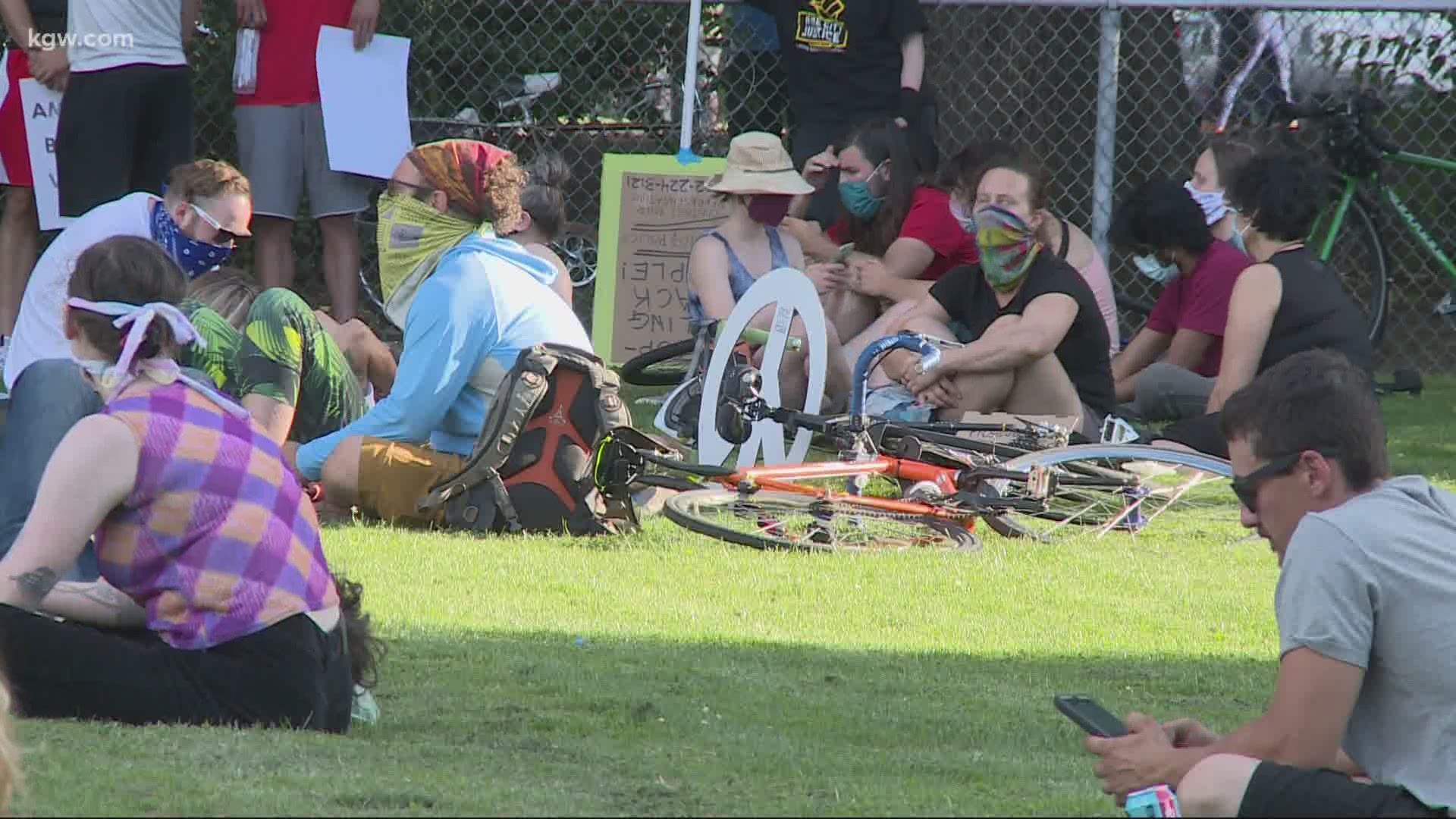 PORTLAND, Ore — On Tuesday evening, a group led by Rose City Justice: A Civil Rights Collective met at Powell Park in Southeast Portland. According to an Instagram post from the group, tonight's protest highlighted why white allies are a key component to fighting white supremacy and injustice in the community.

The evening's protest also focused on Jeremy Christian's sentencing hearing which began Tuesday. Christian was convicted of murder and attempted murder for the 2017 MAX stabbings.

The demonstrators marched to Reed College, which they noted was the college where Taliesin Myrddin Namkai-Meche graduated from. Namkai-Meche was stabbed to death when he stood up to Christian on a MAX train. Christian had been hurling hate speech and “biased language” at two Black teenage girls. Ricky Best was also killed in that confrontation and Micah Fletcher was injured.

Jeremy Christian stood trial and was convicted of all charges in February 2020. His sentencing hearing began today and will continue on Wednesday.