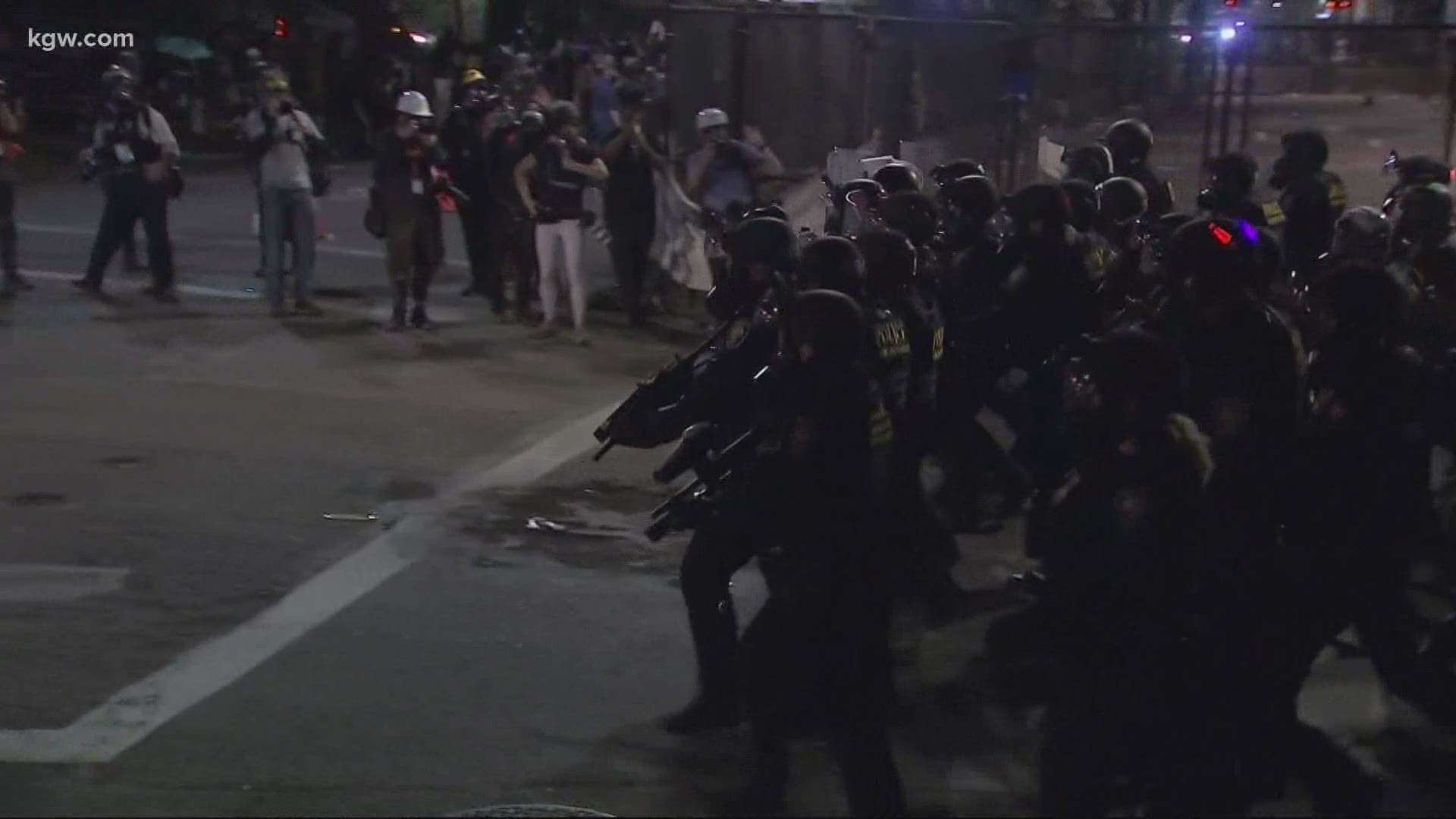 PORTLAND, Ore. — As Gov. Brown's office works out a tentative deal with the Trump administration to remove federal officers from Portland, many hope to see the focus return to issues of systemic racism as well as a de-escalation of violence.

Whitten is the executive director of Brown Hope and the co-founder of the Black Resilience Fund in Portland. He said excessive force was used before the feds came in, but their presence escalated the violence in recent weeks.

With state and local law enforcement expected to return to the forefront in downtown, Whitten said accountability will also be there.

“As we see the armed Oregon State Police come in, we need to have accountability,” Whitten said. “That’s why it’s so great to know that I – as a resident, as a voter, a taxpayer -- if we are seeing aggression from Oregon State Police or the Portland Police Bureau, I can call my mayor, I can call the Oregon governor. I can’t call Acting Secretary Chad Wolf. There’s no accountability there. So, we do need to see local control so that when we do see police aggression, because that’s going to happen unfortunately, that we can hold our elected leaders accountable.”

Local protesters and activists, on the ground during the Portland unrest, are reacting to the tentative deal to withdraw federal officers.

Travis Nelson is a registered nurse who has been protesting night after night to call attention to the Black Lives Matter movement.

“I've been tear-gassed myself. It was not a fun. I was not somebody throwing things or trying to burn anything down. I was just standing there chanting and I got hit with tear gas,” Nelson said.

Nelson said he's seen the escalation of violence in recent weeks after the arrival of federal agents. He's glad to see progress in the removal of federal officers so that the focus can return to what started this movement in the first place.

Travis Nelson is a registered nurse. He's protested night after night to call attention to the #BLM movement. He sees the presence of federal officers as a political stunt and wants to keep the focus on legislation that ends systemic racism. pic.twitter.com/hPYrjpaSWC

Mac Smiff is a growing voice in the fight against police brutality. He has been a strong presence in protests downtown and throughout the city. He's taken a short break from the demonstrations outside the federal courthouse downtown after he says he was shot in the head by crowd control munition from federal agents.

“I think it's really just a big distraction from what we're trying to do. I would like to get all of that out of the way, get back to talking about defunding the police, get back to reimagining what it looks like to have a society where we don't prioritize emergency response over emergency prevention,” he said.

.@MacSmiff has been a growing voice in Portland demonstrations. He hopes the removal of federal agents will bring the focus back to issues of police brutality against People of Color and systemic racism. He wants to see violence de-escalate during nightly protests. @kgwnews pic.twitter.com/SmKAiDW5RV

While much of the national spotlight has been on the violence at the fence outside the federal courthouse, non-violent protests continue around the city and region. Whitten wants that national microscope to continue, but to show the full scope of why the protesters are there in the first place.

“We call on the national media and international media to keep looking at Portland, because while we might be the whitest major city in the United States, we are showing up for Black lives every single day and we're just getting started,” Whitten said.