The cases in Portland illustrate how federal prosecutors use social media and internet activity to help build a case. 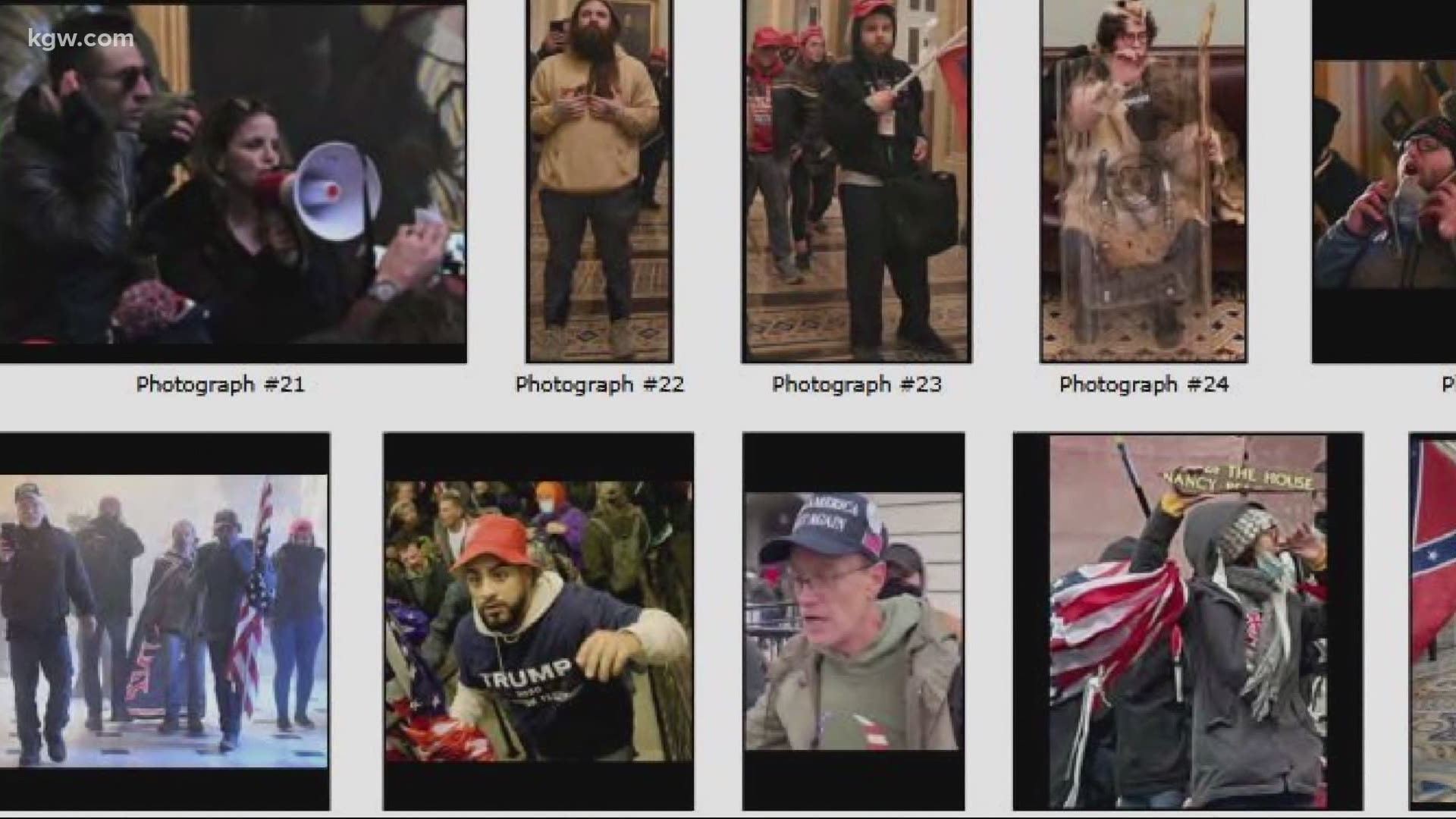 PORTLAND, Ore. — The FBI is scouring more than 100,000 photos and videos submitted by the public to help track down scores of criminals who attacked the U.S. Capitol. Dozens of alleged rioters have already been identified using Reddit, Facebook, Instagram, Twitter and YouTube.

Similar investigative technics were used by law enforcement in Portland this summer after the Trump administration deployed federal agents to fend off racial justice protesters from the federal courthouse.

In one case, investigators identified an arson suspect after comparing his jail booking photo with images found on YouTube, Twitter, surveillance cameras and photos posted online. Federal agents said the suspect’s T-shirt and orange hat, along with a distinctive tattoo of his last name across his back helped confirm the man’s identity.

In a separate case, court records show federal agents relied on a YouTube livestream to help identify a protester that prosecutors claim placed a burning board against the outside of the federal courthouse in downtown Portland.

Both defendants are awaiting trial on felony charges.

RELATED: Here's who has been federally charged in the US Capitol riots

The cases in Portland illustrate how federal prosecutors use social media and internet activity to help build a case.

“This is not a new trend,” explained Tung Yin of Lewis & Clark Law School. The law professor pointed to the Boston Marathon bombing in 2013 as another example of the FBI relying on video from cellphones and security cameras.

Pro-Trump supporters who stormed the Capitol openly boasted about their actions on social media and shared photos and video from multiple angles, over several minutes and few wore masks.

“The desire to document everything is a reflection of that. A desire to show off what you’ve done and accomplished,” said Yin.

Yin explained prosecutors can prove videos or photos shared on social media are accurate by having the original photographer authenticate them or by having a witness testify the images are a fair representation of what they saw.

In addition to those incriminating photos, Laura Appleman, of Willamette University College of Law, explained federal prosecutors could also use a person’s old social media posts and past online communications to help establish intent.

“It’s entirely possible that someone’s entire history of messages could be used especially if you are making a case this was a long-planned attack on the Capitol,” said Appleman.

RELATED: Inauguration Day 2021: What we know about the plans so far