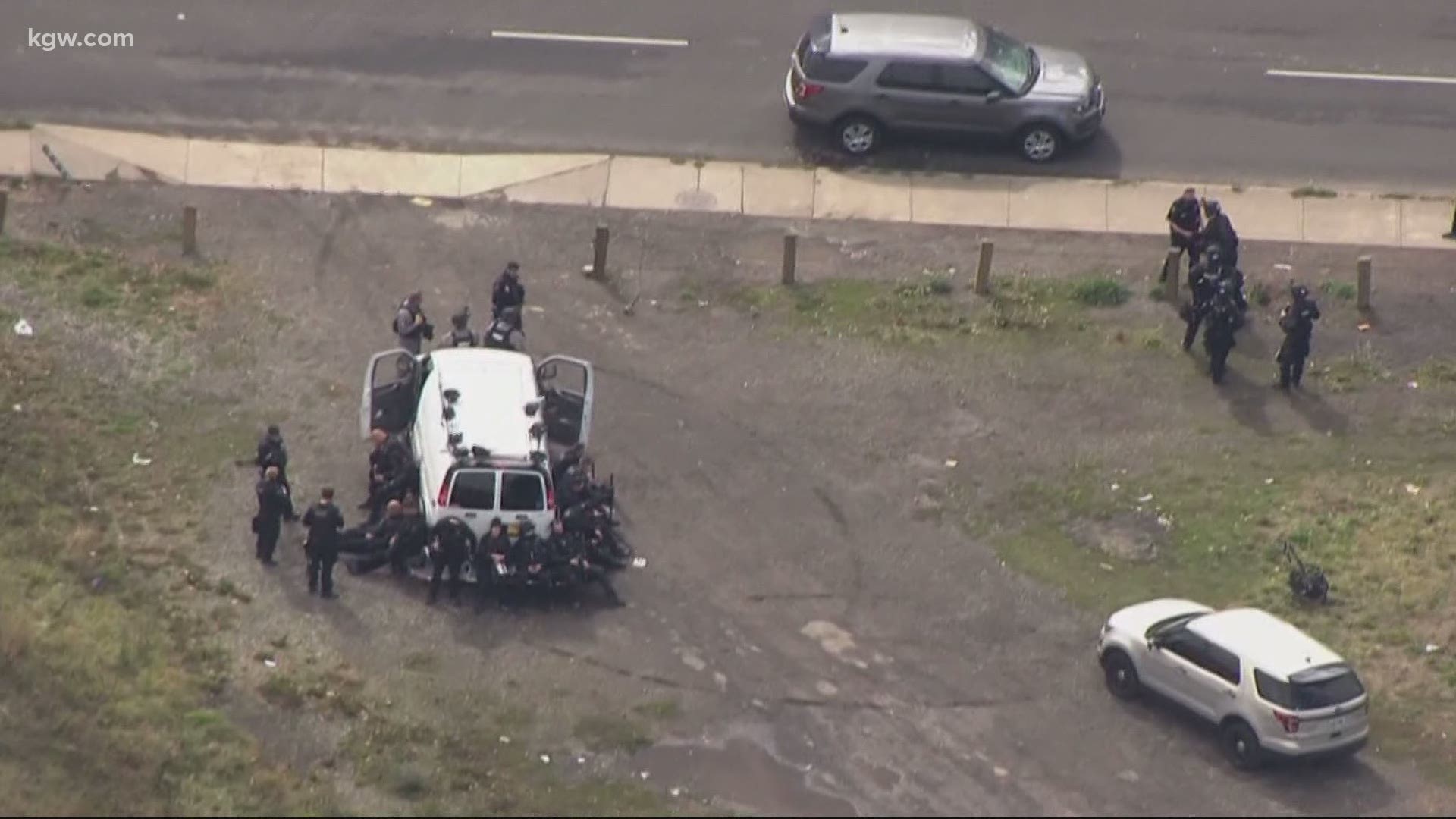 PORTLAND, Ore. — Mayor Ted Wheeler has instructed the city attorney to challenge the federal deputization of 56 Portland police officers in court, adding he will take it all the way to the Supreme Court if need be.

The deal was authorized by Oregon Gov. Kate Brown late last month, after she declared a state of emergency ahead of a planned rally by members of the Proud Boys, a far-right extremist group.

A spokesperson for Wheeler’s office confirmed Tuesday the mayor initially assumed the deal would end with the weekend.

He now knows it will last through the rest of the year, and he’s formally “withdrawn the city’s consent," said communications director Jim Middaugh.

That said, Oregon Public Broadcasting reports U.S. Attorney for Oregon Billy Williams said he will not withdraw the officers’ federal status early, writing in a statement, “The federal deputation supports front line law enforcement officers and their families in a way that they have not seen from City Hall.”

Amid questions as to what the federal deputation of those 56 officers means moving forward, KGW turned to retired Assistant U.S. Attorney Stephen Peifer.

He called the practice of cross-deputizing local officers “extremely common," adding, “The deputy sheriffs who work in the Justice Center managing the inmates are cross-deputized, most of them, because they also manage federal prisoners. There are many task forces over the years involved in child pornography, bank robbery, drugs, firearms, in which members of local law enforcement have become a deputy U.S. Marshals.”

In an interview Tuesday, Peifer made it clear he isn't privy to any of the back and forth between federal, state and city leaders.

Watching from the outside, he said, it seems clear political divides made for poor communication.

Specifically, he said, “I think a lot of it has to do with the new DA.”

Peifer sees it as the feds' way to work around new Multnomah County District Attorney Mike Schmidt. Earlier this year, Schmidt announced he would not pursue non-violent, low-level charges against protesters.

He's given multiple interviews on the policy. In a statement he said the policy is designed "to focus limited prosecution resources on violent crimes that include property damage, assaultive behavior and actions that create a risk of injury or property destruction during a mass demonstration."

Mayor Wheeler said he supports the Schmidt's policy. U.S. Attorney for Oregon Billy Williams has made it clear he does not.

As to whether people arrested by those officers moving forward will likely, or even automatically, be charged with a federal crime, Peifer said, “No, that's a red herring here because under Title 18, Section 111, the statute that what makes it illegal to assault a federal officer, that officer has to be acting officially, as part of his official duties at the time. So, if police officers for the city of Portland who had been cross-deputized are simply out performing their ordinary duties and no federal duties involved, no federal action involved, then they're not protected by that statute.”