'They're not peaceful': Portland police officer gives in-depth interview on experience at protests

The 18-year veteran of the Portland Police Bureau sat down for an in-depth, one-on-one interview with KGW. 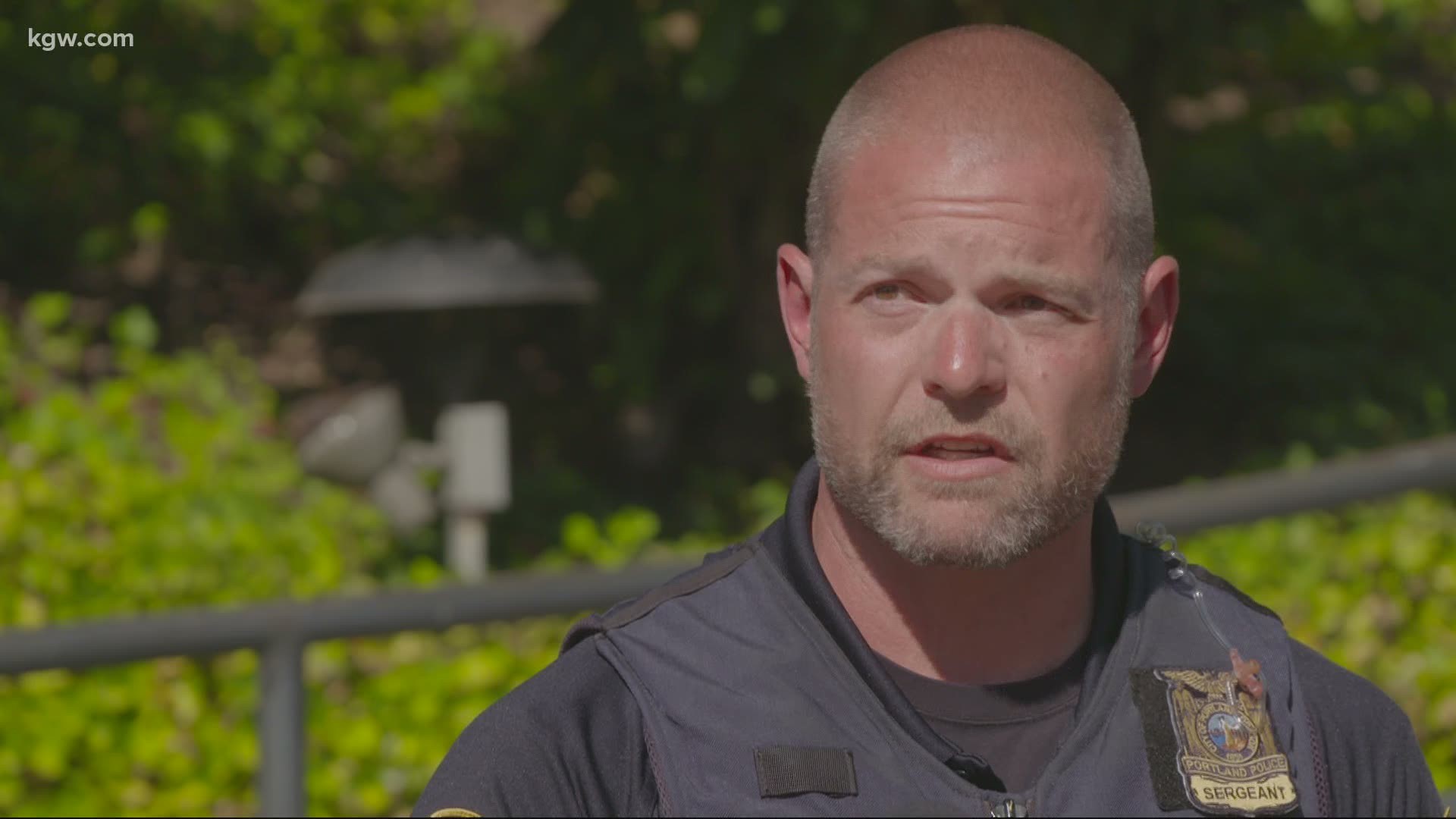 PORTLAND, Ore. — Months into Portland’s nightly protests, a Portland Police Bureau (PPB) sergeant said an Oregon politician’s assertion that officers were escalating the violence prompted him to speak out.

“It really struck a little bit of a chord with me,” said Sgt. Brent Maxey in an interview Thursday. “I really thought that it was time for somebody who has firsthand knowledge of this to speak up.”

The 18-year veteran of PPB, who spent 13 of those years on the bureau’s Rapid Response Team, sat down for an in-depth, one-on-one interview with KGW to give his take on the demonstrations.

Maxey said the demonstrations "started off as protests… but these have now devolved. They've been hijacked by anarchists, essentially. And they’ve just kind of devolved into these masses of people that are just bent on destruction and hurting, mainly hurting police or anybody that really disagrees with that message.”