Dr. Shon Neyland is a Northeast Portland author and pastor. He rejoins the community conversation one month into daily protests for police reform. 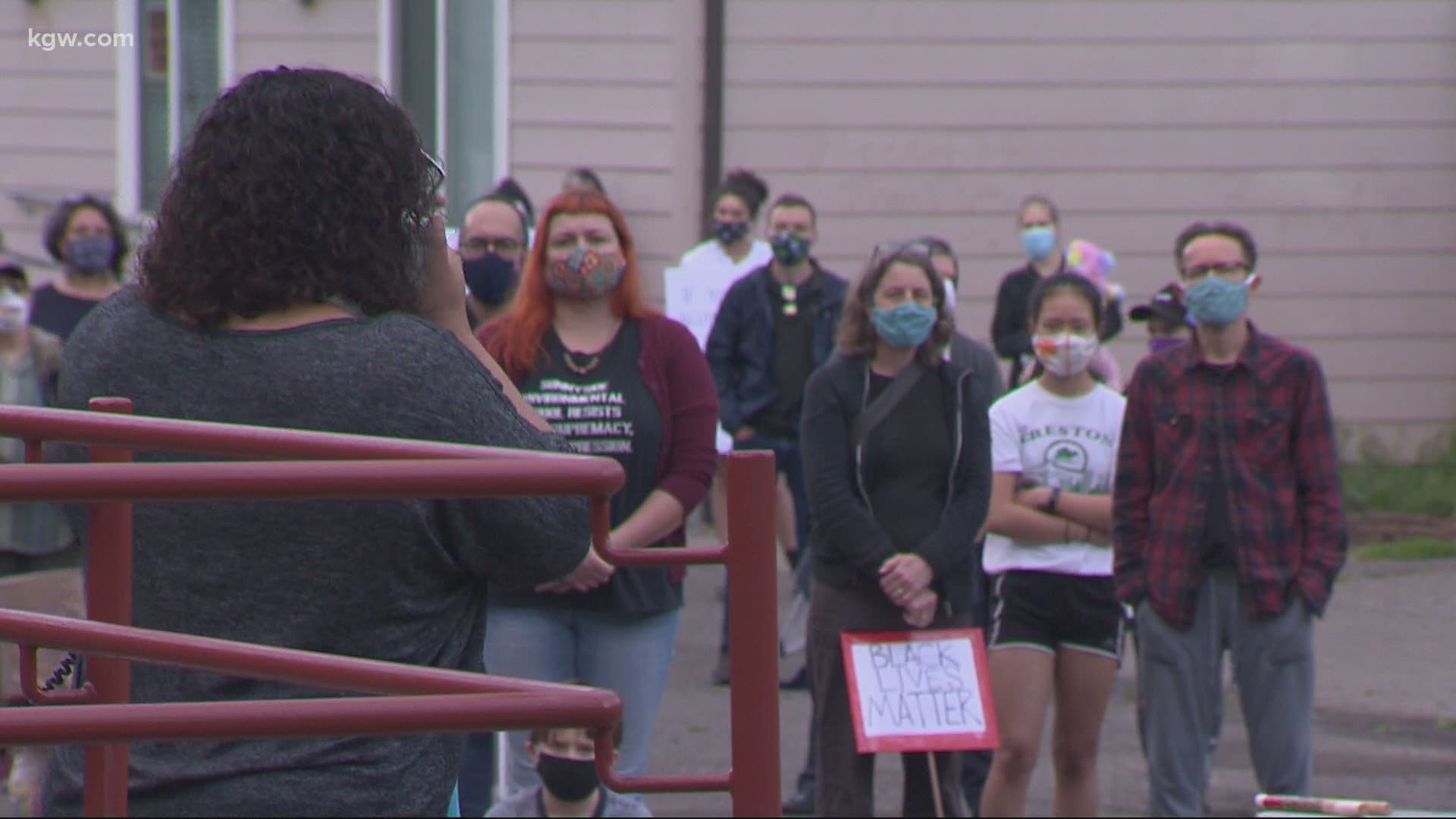 PORTLAND, Ore. — Dr. Shon Neyland is a pastor and author in Portland. He wrote a book about social and racial dynamics in the United States, and he updated KGW this week about his thoughts on ongoing protests.

Demonstrations have continued in the Portland area for more than a month, with many protesters calling on police reform following the death of George Floyd.

KGW: What are your thoughts as protests continue?

Dr. Shon Neyland: Protests are about a decree saying, "We want change, we want justice." In this case, it's dealing with the racial injustice that has been perpetrated over the years through police brutality.

For instance, the police choke hold, or the indemnification of police on certain instances where no lawsuit can be brought against them, or they're not charged with a crime, or prosecutorial delays. All the things that tie into police reform and brutality and the changes that are needed are brought to light ... [Protests] are the precursor to the real change.

The real change happens when laws are changed, when legislation changes, when actual treatment of those of African descent, Hispanic descent, European descent, for that matter, all people are treated with dignity and as a human.

Q: We've seen a lot of debate over peaceful demonstrations versus some of those smaller demonstrations that may cause damage to local businesses and other property. What are your thoughts on that? What's the big picture?

A: I see what is happening in downtown Portland. I denounce the violence over and over again. You're upending hundreds of lives by destroying one business, and it's not right. It doesn't bring about the change we need.

If they are peaceful, it's very good. But when it turns to violence, it detracts from the real meaning of the change that we are seeking ... I believe the way ahead is mentorship.

All of the protests are great, the reform is great. We need to run for office, become the police chiefs, hold those judicial positions so that we can be more fair in the criminal sentencing ... So that when we get in power, when we become a part of the system, we make a change.

Q: For white people who say, "I don't see color," what is your response to that? It may erase a person of color's lived experience with real racism. How can we be better allies to people who are living that experience?

Dr. Neyland is author of the book 'The Courage to Stand - A New America.' He is the pastor at Highland Christian Center in Northeast Portland.