Portland is 'permitting violence and destruction of property', DOJ says

Mayors of Portland, Seattle and NYC, the three cities targeted by the Department of Justice, criticized what they called "cheap political games." 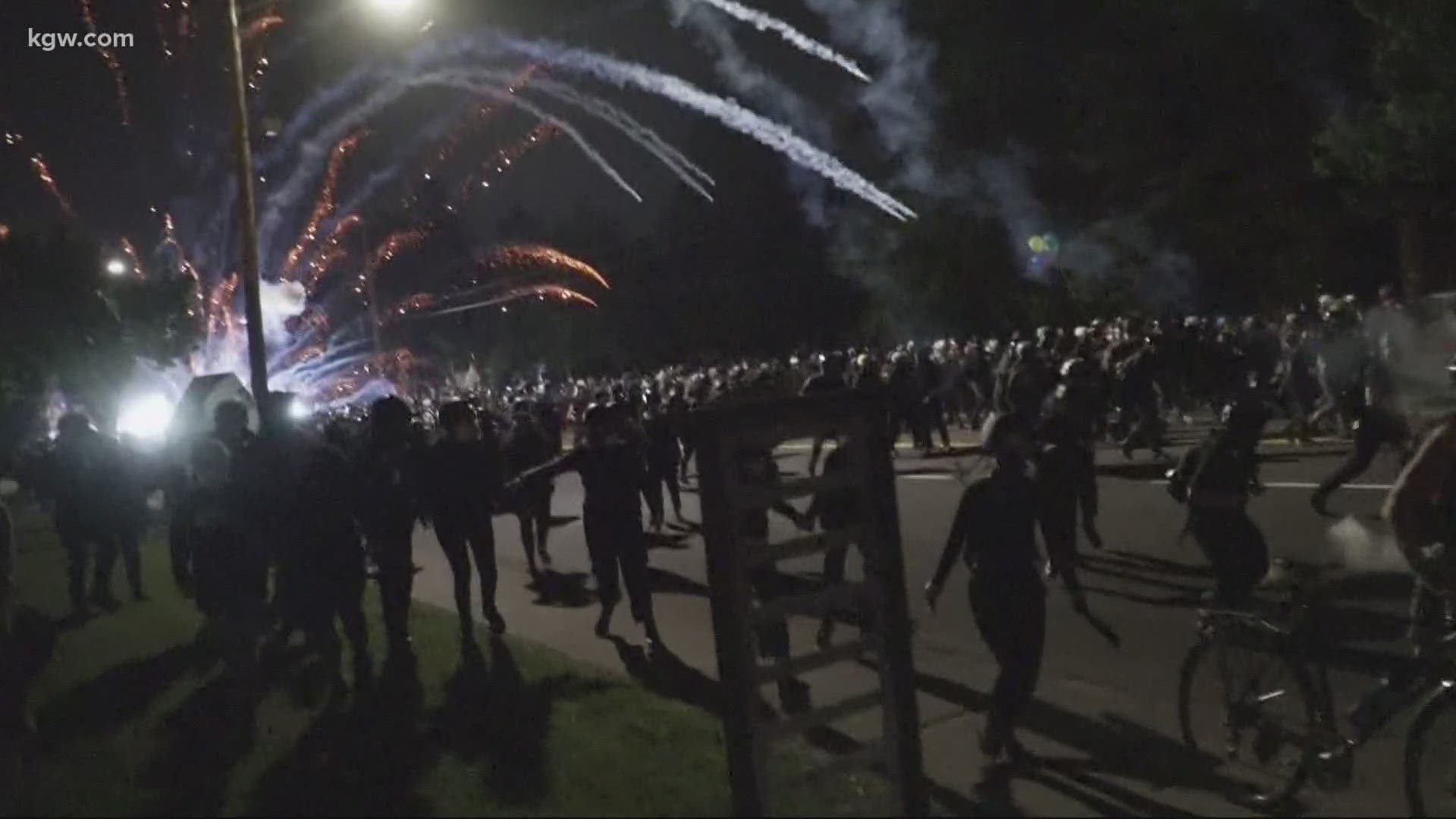 PORTLAND, Ore. — The U.S. Department of Justice (DOJ) identified Portland, Seattle and New York City as three jurisdictions that have "permitted violence and destruction of property" in a press release Monday morning.

According to the DOJ, the cities have "refused to undertake reasonable measures to counteract criminal activities."

The announcement was made in response to President Donald Trump's memorandum titled "Memorandum on Reviewing Funding to State and Local Government Recipients That Are Permitting Anarchy, Violence, and Destruction in American Cities."

"This is thoroughly political and unconstitutional," the statement read. "The President is playing cheap political games with Congressionally directed funds. Our cities are bringing communities together; our cities are pushing forward after fighting back a pandemic and facing the worst financial crisis since the Great Depression, all despite recklessness and partisanship from the White House. What the Trump Administration is engaging in now is more of what we've seen all along: shirking responsibility and placing blame elsewhere to cover its failure."

Portland, according to the DOJ, meets the criteria for the following reasons:

"When state and local leaders impede their own law enforcement officers and agencies from doing their jobs, it endangers innocent citizens who deserve to be protected, including those who are trying to peacefully assemble and protest," said Attorney General William P. Barr. "We cannot allow federal tax dollars to be wasted when the safety of the citizenry hangs in the balance. It is my hope that the cities identified by the Department of Justice today will reverse course and become serious about performing the basic function of government and start protecting their own citizens."

Paul Diller, a law professor at Willamette University, said Monday the first thing that struck him is what’s not included in the DOJ’s release.

“The list of cities came before detailing what the tangible repercussions might be,” Diller said. “We still don't know what kind of grant programs the Trump administration is thinking about targeting.”

In his memorandum earlier this month, the president kept his threat vague, writing the feds fund "…a wide array of programs, such as housing, public transportation, job training, and social services."

Diller pointed out withholding funds is a constitutional power of Congress, not the president, meaning it'll be tough for President Trump to argue he has this power.

“There is a line of Supreme Court jurisprudence that says that the federal government can only influence so much state policy or local policy,” Diller explained. “The big example of that would be when Congress tried to expand Medicaid for all 50 states as part of the Affordable Care Act, or Obamacare as it's often called, and the Supreme Court struck that down by saying that ‘Well, Congress can't make states expand Medicaid.’”

That attempt has been tied up in the courts since.

In that case, he said, “I would rather have the side of Portland in that litigation to argue that any cuts in funding like that would be unconstitutional, but litigation can take a long time to work through. And so for nonprofit groups and the people who benefit from those who are relying on that funding to tell them, you know, in three or four years, you'll probably win the case. I'm sure it's not going to be a great comfort at all.”