Police union moves out of North Portland building after a year of vandalism, riots 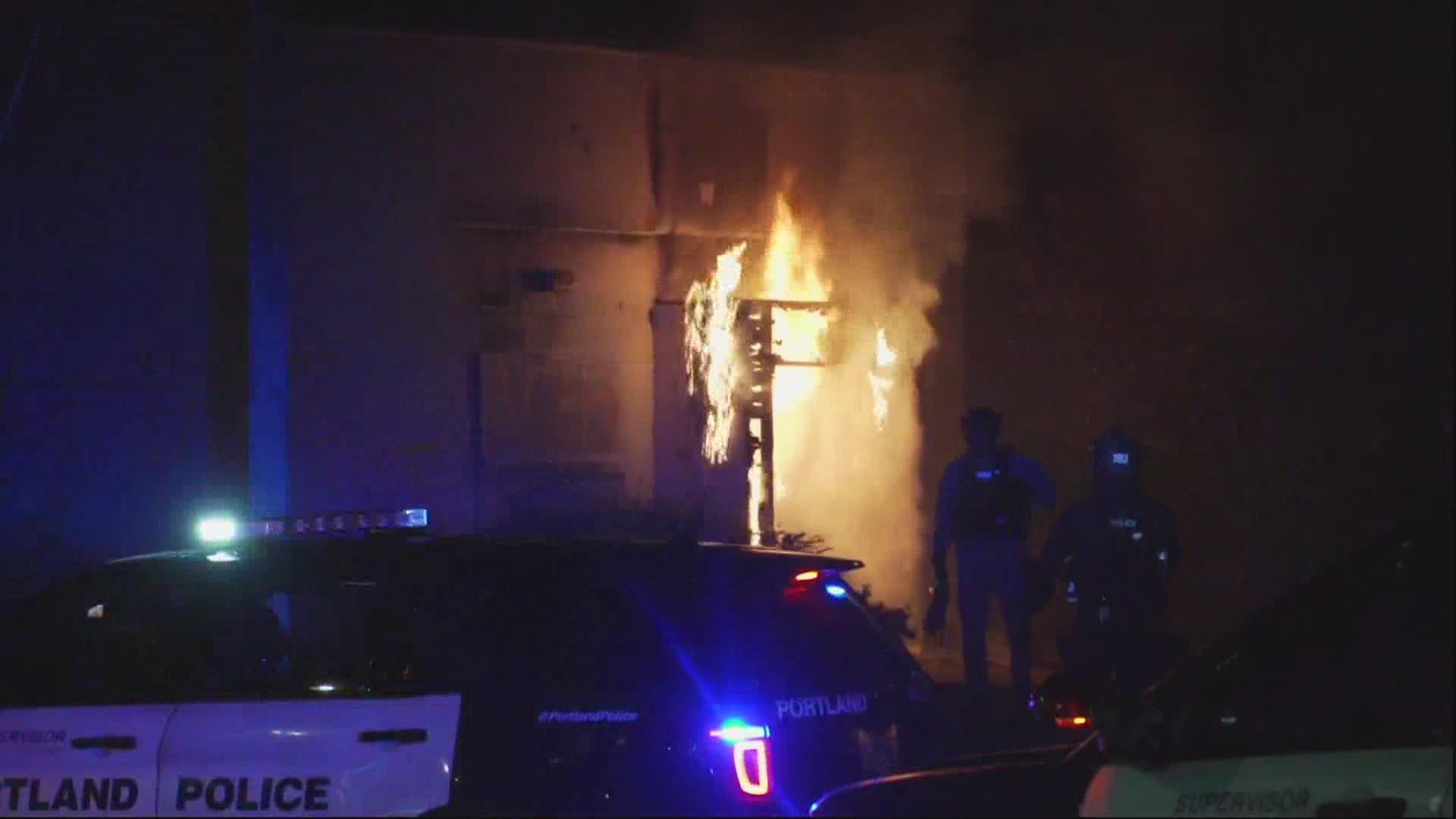 PORTLAND, Ore. — The Portland Police Association (PPA) has moved out of the building on North Lombard Street after it "became a target of vandalism and arson last summer," the union's executive director Daryl Turner said in a statement Tuesday.

Previously located in Northwest Portland, the PPA moved into the building at 1868 N. Lombard St. just west of Interstate 5 in North Portland about six years ago.

The police union did not disclose where its new office is located.

Last summer, after George Floyd was murdered by a police officer in Minneapolis on May 25, 2020, hundreds of demonstrators gathered outside the Lombard building and became destructive on multiple occasions.

In August 2020, long-time resident on North Lombard told KGW, "It feels like we're living in a war."

The most recent riot outside the PPA's Lombard building was in April of this year. A crowd of an estimated 100 people gathered outside and at least one person set fire to one of the doors.

Turner indicated that this was the final straw, and that the risk to the community was too much.

"At the most recent arson incident," he wrote, "a neighbor stood on the sidewalk with a water hose trying to put the fire out just before first responders arrived. It went too far and it was time to find another location."

Turner said the Lombard building will be repaired and then sold at a later date.

Over six years ago, the Portland Police Association (PPA) relocated from our long-time office location in Northwest Portland to a building on Lombard just west of I-5 in North Portland. And we wanted to be part of the community there. The Lombard building had previously housed a card room with a reputation of parties, illegal drug use; and the remnants of late-night partying were often left on neighborhood streets and sidewalks.

The neighbors welcomed us and were glad to have the police union and police cars there. The community supported us and dropped by to say hello. We opened a Rest Stop for officers, so they had a place to come have lunch, use the restroom, and write reports. Time and again we heard from folks that they felt safer in the neighborhood and were thankful to have things cleaned up.

As our building became the target of vandalism and arson last summer, there were several times that our neighbors helped paint over vile and vulgar graffiti scrawled across the outside walls and picked up trash and garbage. And as the rioting escalated at our location, we felt that the community was more and more at risk. At the most recent arson incident, a neighbor stood on the sidewalk with a water hose trying to put the fire out just before first responders arrived. It went too far and it was time to find another location. We have since moved out and relocated. The Lombard building will be repaired and, at a later date, put on the market to sell.

We want to take this opportunity to thank the North Portland and Kenton community and particularly the business owners located adjacent to the building. We appreciate their support and patience over the last year. We thank them for their tolerance. And we hope that with our relocation, they can have some peace.