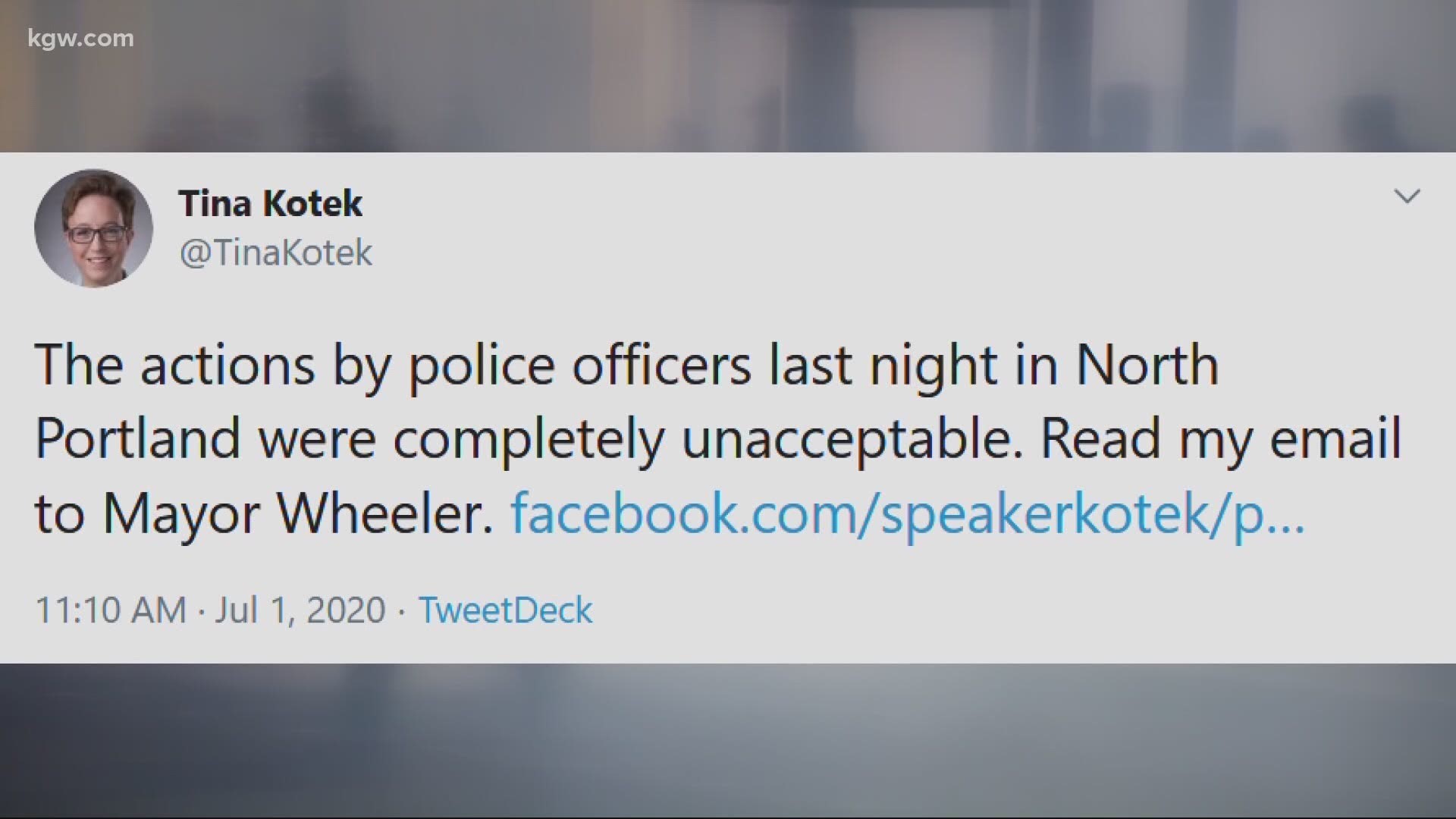 “Some have said we’re only protecting an empty building and force used was excessive. My response to that is we would have seen one building lit on fire in a neighborhood where a commercial building fire could have led to residences being burned with families inside,” he said.

Police arrested 29 demonstrators. Six officers were hurt, according to police.

Portland Mayor Ted Wheeler talked around the issue during a city council vote on a new Portland police contract.

“I’ve had conversations just this morning with people to ensure that we double down on that to make sure we are completely transparent and accountable in our use of force tactics and why things are done,” said Wheeler.

Commissioner Jo Ann Hardesty sent a letter to Lovell calling for several changes, including discontinuing the use of tear gas.

"What I've seen of police conduct nightly since protests began a month ago has been increasingly alarming," she wrote.

“We got an order and the behavior is continuing,” said Merrithew.

“CS gas is uncomfortable but effective in dispersing crowds. We would rather not use it. We would rather have those in the area follow the law and no engage in dangerous behavior,” explained Lovell.