On Friday, Mayor Ted Wheeler called for stiffer penalties for those who repeatedly engage in destruction and vandalism. 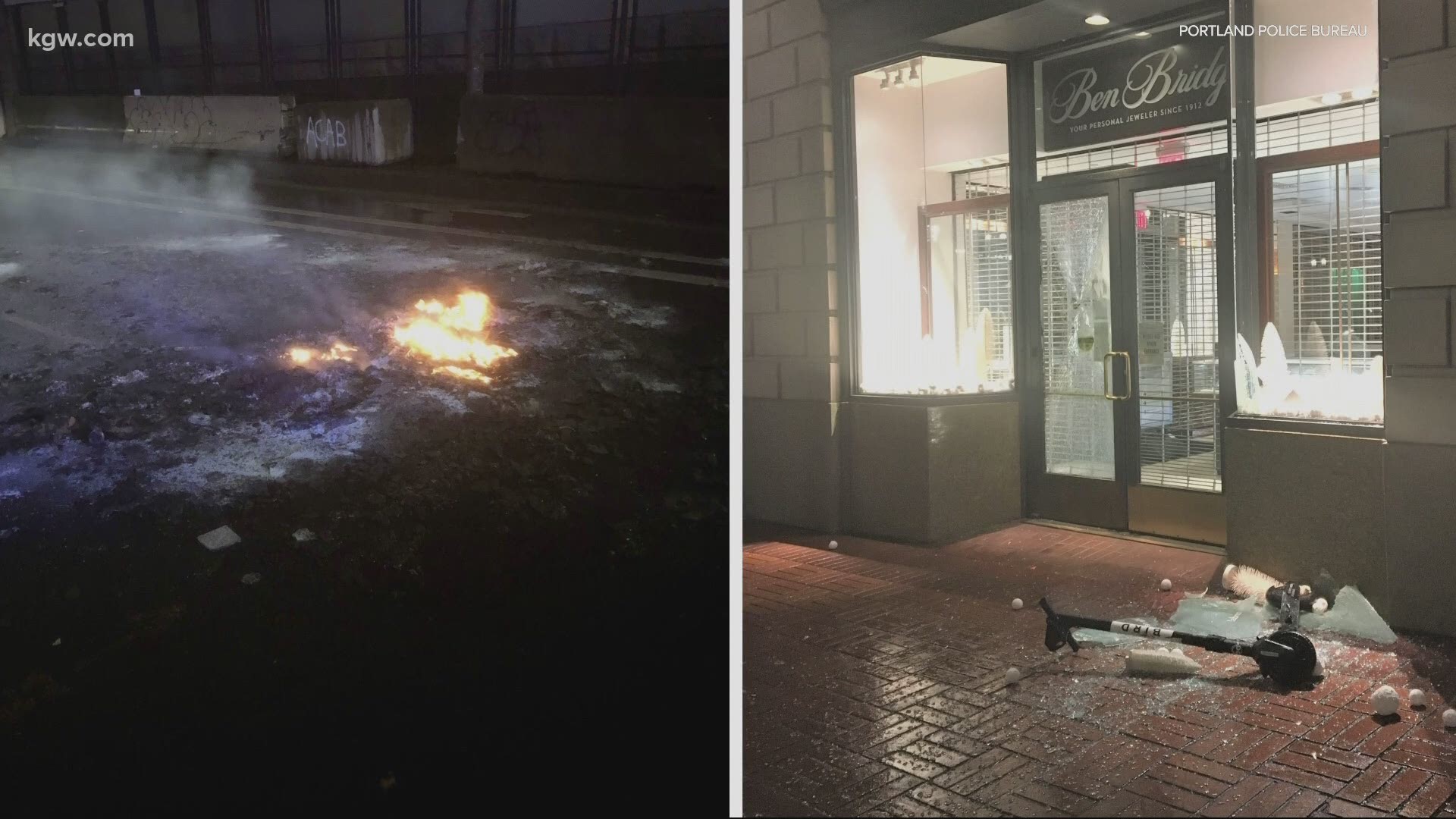 PORTLAND, Ore — A riot in downtown Portland on New Year's Eve reportedly caused tens of thousands of dollars of damage.

Authorities say dozens of people vandalized businesses by spray painting them and breaking windows. At least three people were arrested.

At press conference on Friday, Jan. 1, Mayor Ted Wheeler called out those responsible, who he described as "violent and antifa and anarchists."

"Lawlessness and anarchy come at great expense and with great risk to the future of our community," said Wheeler. "We're told some in the group tried to use tools to break into the federal courthouse and Justice Center."

Mayor Wheeler wants to crack down on people repeatedly breaking the law, saying "it's time to push back harder at those set on destroying our community."

He committed to three changes.

First, the mayor is asking law enforcement to meet with him to address the ongoing violence in Portland and across the state. Second, he's asking the state legislature to come up with stiffer penalties for those who repeatedly engage in vandalism and destruction. And lastly, he wants those convicted of the destruction and vandalism to meet with the employees and owners of the damaged businesses.

"These people need to hear and to understand the human and social consequences of their irresponsible actions," said Wheeler.

The mayor said he condemns anyone who engages in violence or criminal destruction no matter what their ideology.

RELATED: Here are new laws that go into effect in Oregon and Portland in 2021