'You're not helping my Black friends': Neighbors confront destructive protesters, get splattered with paint

One neighbor used a walker to reach protesters and extinguish a garbage fire, only to see them light it again. 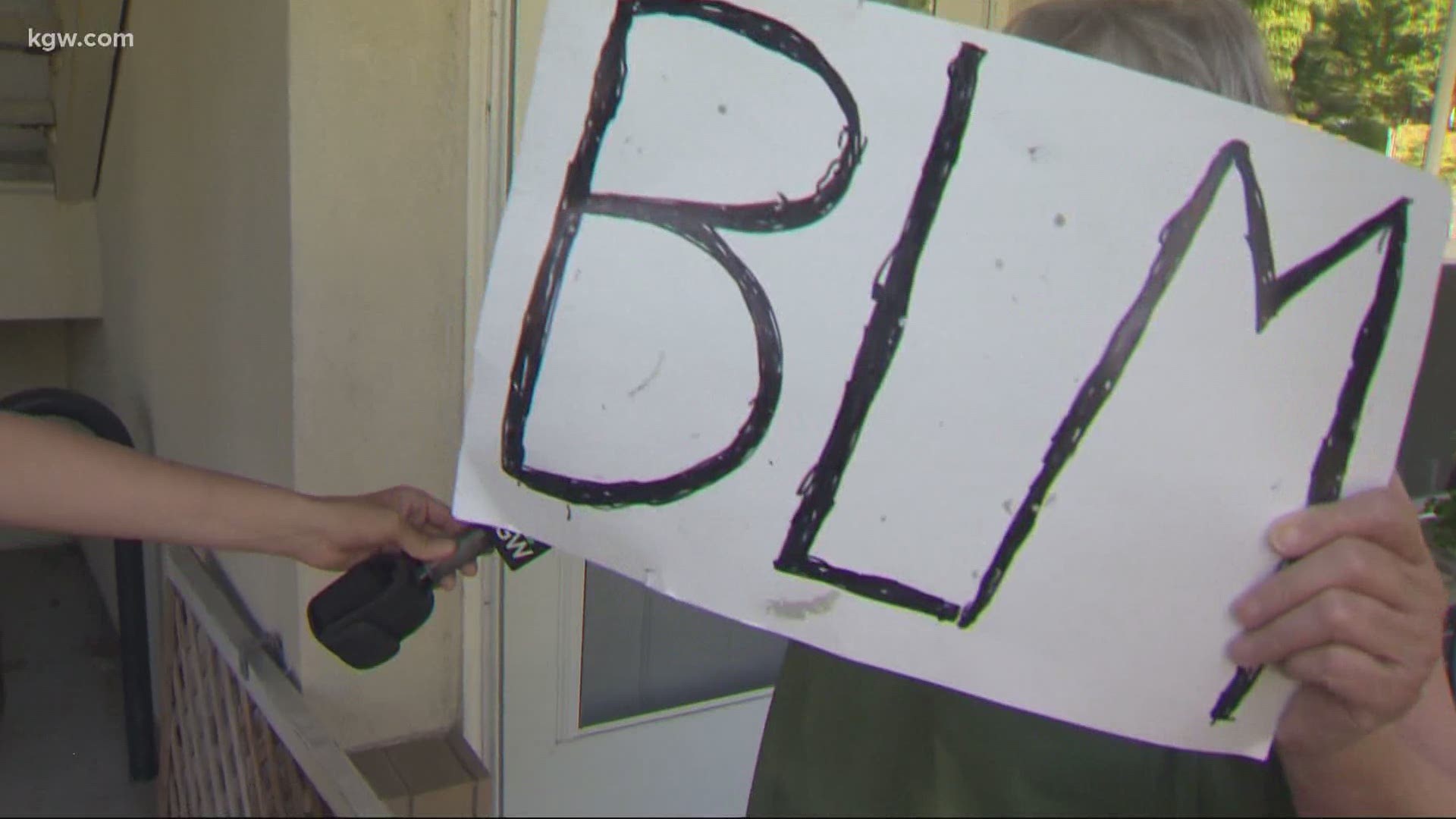 PORTLAND, Oregon — On the second night in a row of vandalism and protests outside the Portland Police Bureau’s East Precinct, two neighbors—both in their 70s—stood up against protesters responsible for the destruction.

“Wednesday night they broke windows, it was a real mess,” said 73-year-old Penny.

By Thursday, Penny had had enough. As protesters lit a fire outside East Precinct, Penny grabbed her fire extinguisher, her homemade Black Lives Matter sign, and with the help of her walker, made her way to the precinct to put out the flames.

Video taken by Portland Tribune reporter Zane Sparling captured the moments after Penny put out the fire. She said protesters approached her and lit the fire again.

At the same time, other protesters were splashing paint against the precinct's boarded-up windows. Some of it splattered into Penny's hair. That was nothing compared to what 77-year-old Cobey went through. Protesters dumped paint on top of her and tossed yellow caution tape on her head.

This unknown woman using a walker was confronted by the group currently outside East Precinct and paint was strewn all over her. pic.twitter.com/k1cCVMbNht

Like Penny, Cobey was frustrated and decided to walk over to confront protesters.

“I just got heated under the collar and said 'Hey, this is not OK. This is my neighborhood, you're not helping my Black friends,'” said Cobey. "It's not OK to destroy property. You can say what you have to say but be part of the solution, not part of the problem.”

Despite what happened to them, both women said there seemed to be a lot of caring people in the crowd, including some who offered to walk them home. Neither woman said they planned to press charges.

“Just don't do the vandalism,” said Penny. “I don't think it helps and I think there is collateral damage.”