More than 550 people have been arrested since the protests began, and by some estimates, as many as 400 of those charges may be dismissed, officials said. 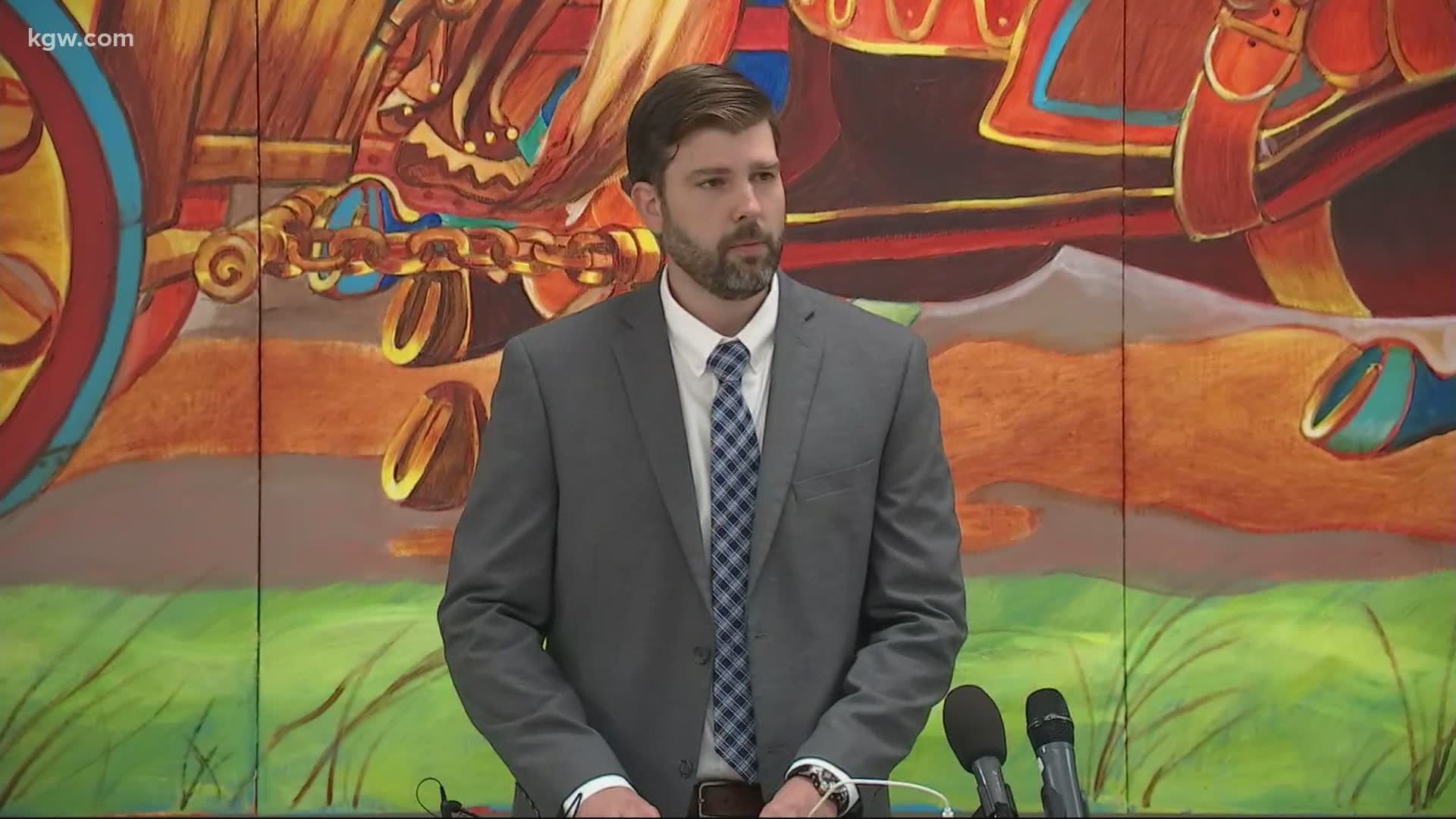 PORTLAND, Ore. — Multnomah County District Attorney Mike Schmidt announced a new policy Tuesday that dictates how his office will prosecute those arrested during the ongoing protests in Portland.

Arrest charges for crimes that allege "intentional physical violence against community members and/or law enforcement" will be handled by general office policies, Schmidt said. This includes charges for assault and arson.

"If you are out there committing violence or damaging property, you will be prosecuted," Schmidt said.

But the district attorney's office won't prosecute charges where the most serious charge is a city ordinance violation, which includes:

Schmidt clarified that if a riot charge is accompanied by a charge for crimes involving physical violence or property damage, the office will prosecute that riot charge.

The new policy applies to protests starting May 29 and is specific to these protests, Schmidt said.

More than 550 people have been arrested since the protests began, and by some estimates, as many as 400 of those charges may be dismissed, officials said.

The new district attorney said when charges for "resisting arrest" or "assaulting a public safety officer" are referred to his office, they will be "under high scrutiny." He said consideration will be given to protesters arrested in "the chaos of a protesting environment, especially after tear gas or other less-lethal munitions have been deployed against community members en masse."

Protesters charged with a misdemeanor or felony for crimes that cause only financial harm during a protest will be offered conditional dismissal after restitution is paid to the victim or other amends to the community are made, Schmidt said. Crimes that full under that category include:

“Committing a crime is different from demonstrating,” Lovell said in a statement. “The arrests we make often come after hours of damage to private property, disruption of public transit and traffic on public streets, thefts from small businesses, arson, burglary, attacks on members of the community, and attacks against police officers.”

Mayor Ted Wheeler, who is also the police commissioner, did not return a request for comment to the Associated Press.

Schmidt said his office supports those who protest peacefully.

"As prosecutors, we acknowledge the depth of emotion that motivates these demonstrations and support those who are civically engaged through peaceful protesting," Schmidt said. "We will undermine public safety, not promote it, if we do not take action to bring about immediate change.

"If we leverage the full force of the criminal justice system on individuals who are peacefully protesting and demanding to be heard, we will cause irreparable harm to them individually and to our society. The prosecution of people exercising their rights to free speech and assembly in a non-violent manner takes away from the limited resources that we have to prosecute serious crimes and to assist crime victims," Schmidt said.

Officers have been injured by thrown mortars, rocks and other items, according to police, who have made 95 arrests during the demonstrations over the past week.

On Monday night, police declared a gathering outside the Portland police's North Precinct an unlawful assembly and made nine arrests.