Judge to decide on case involving federal officers in Portland 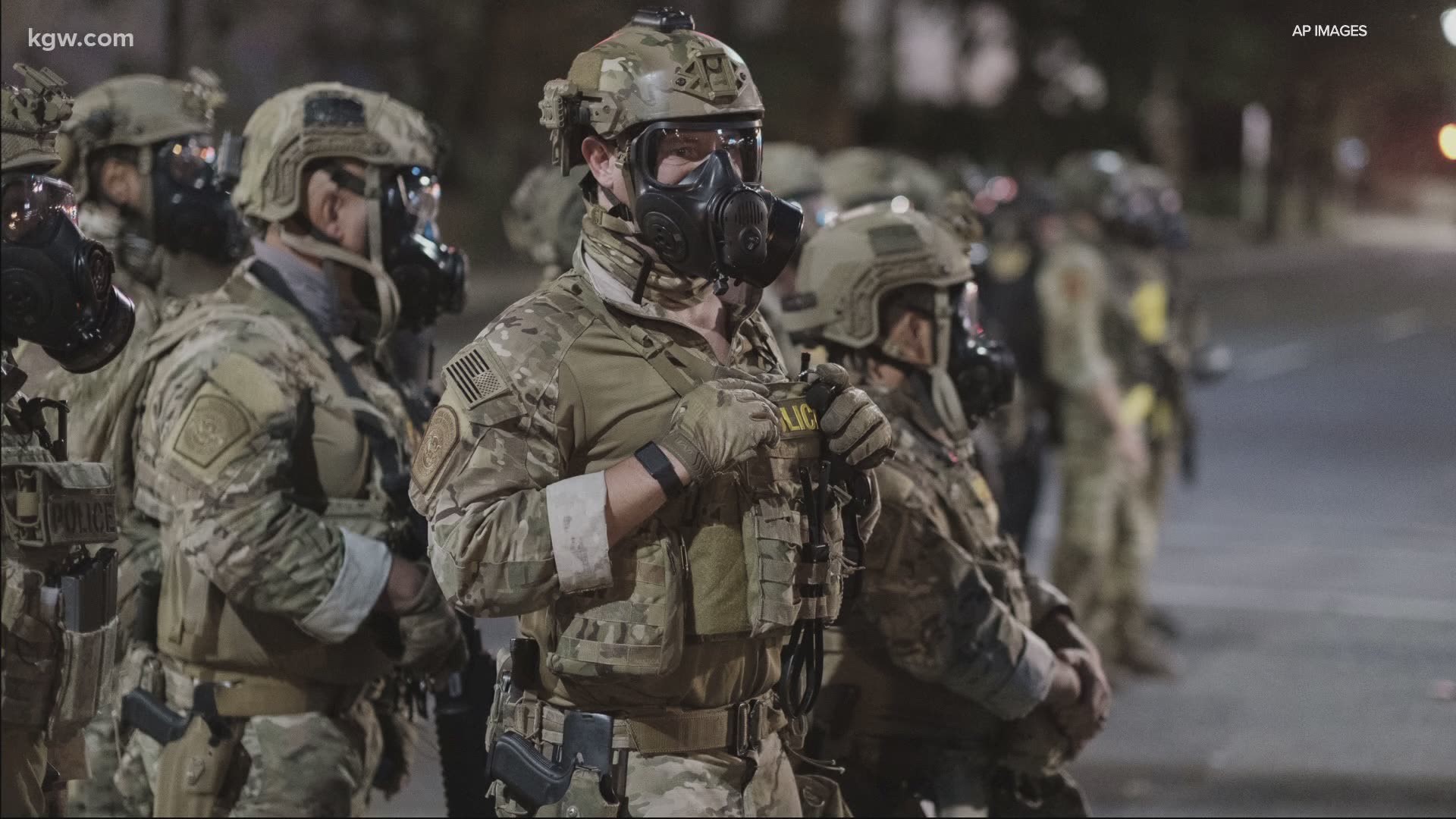 "We believe that these actions, if not restrained, will further escalate and in fact are further escalating and inciting violent confrontations," Rosenblum said during the hearing in federal court via video conference.

As part of a lawsuit, Oregon’s attorney general is seeking a temporary restraining order requiring federal law enforcement officials in Portland to identify who they are, explain why protesters are being arrested and have probable cause to make an arrest.

The lawsuit is based on allegations of a Portland man who said unidentified federal officers arrested him without probable cause during a protest.

Prior to Wednesday’s hearing, lawyers for the Department of Justice filed court documents explaining there are currently 114 federal law enforcement officers in Portland from multiple agencies.

Since their arrival earlier this month, 28 officers have been injured defending federal buildings, including broken bones, eye and hearing damage and a dislocated shoulder, according to court records.

Local, state and congressional leaders argue the feds have only escalated the situation with their aggressive tactics, including tear gas and batons.

"These examples of a secret police operating in a brutal manner against peaceful protesters is in every conceivable way unacceptable in our country," said Oregon Democratic Sen. Jeff Merkley.

A new lawsuit filed in federal court claims federal officers violated a Seattle man’s constitutional rights after beating him with a baton during protests in Portland.

Federal officers have indicated they’re not leaving after nightly clashes with protesters directly outside the federal courthouse. On Wednesday, crews installed large, reinforced fencing and concrete barriers around the perimeter of the federal courthouse. Similar fencing was installed outside the White House in June after protests triggered by the killing of George Floyd.