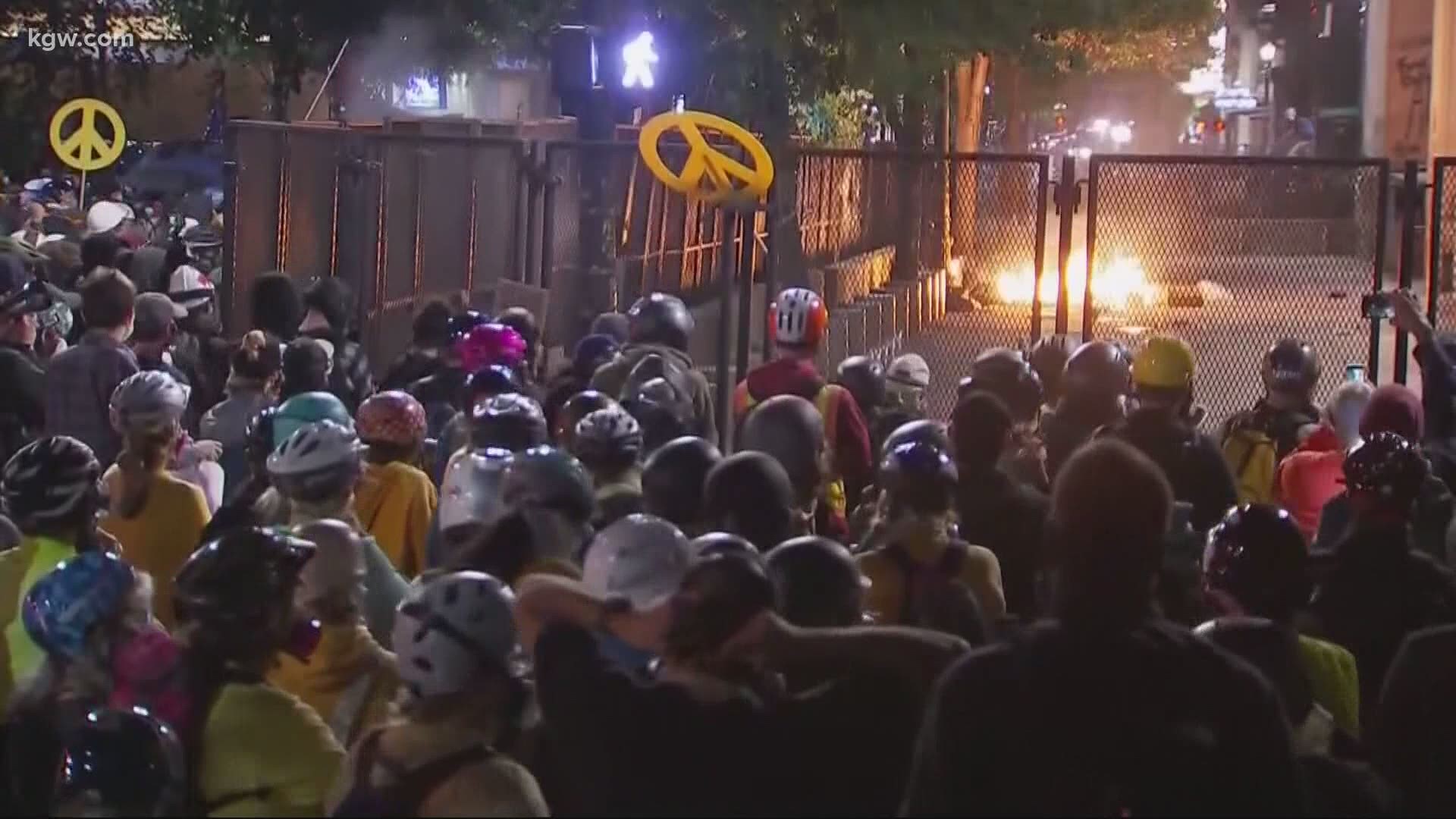 This week they submitted three ballot initiatives to the Oregon Secretary of State’s office.

Assuming they gather the necessary signatures, 111,000 for each initiative, the goal is to get the measures on the 2022 ballot.

The one making the most noise is tied to the unrest famously rocking Portland night after night. It's called the Protect Free Speech and Safe Streets Act.

The initiative proposes, among other things, banning gatherings that can be heard a quarter-mile or one block away after 10 p.m. in residential areas, and after midnight statewide.

In an email to KGW, Turner said:

This measure provides an avenue for community members -- residents, activists, officers, everyone -- to come to City Hall and have a hand in developing a transparent and reliable set of protocols that won't be changed day to day according to the whims of our elected officials.

Lewis and Clark law Professor Jim Oleske argues protestors who aren't peaceful can already be prosecuted for vandalism or violence under current laws.

He said putting curfews on gatherings is at odds with the First Amendment:

Under this proposal, if people are coming out of a ball game after midnight or a concert after midnight or out of a bar … and are outside talking and can be heard a block away, every city and town in the entire state has to enforce against those people. Do they really want that to happen? Do they really think Oregonians want that to happen? And if the answer is no … then you get into selective enforcement. You can't tell peaceful protesters they can't be out after midnight, but people gathered in front of bar, they can be out joking in front of the bar after midnight.

“It supports free speech," he said. "People can do that. Peaceful demonstrations. If you're going to be violent and commit crimes, then you can't. So, I don't see where that would restrict it.”

The other two initiatives are aimed at politicians themselves:

The state legislature has considered waiving qualified immunity for police officers, too.

RELATED: How could Oregon end qualified immunity for police?

The pushback has centered on whether lawsuits by angry civilians could bankrupt innocent public servants.

When asked about the need for laws targeting politicians, Barker, who is stepping down after this term, said, “Sometimes I'll be hearing all these statements about how corrupt politicians are … And I don't like hearing that.”

Referring to an interview Portland Commissioner Jo Ann Hardesty gave to Marie Claire in July, he said, “And when somebody like City Commissioner Hardesty comes out and says, ‘The police are setting arson fires,’, and then there's no accountability … Somebody ought to be able to do something about that. That's a pretty horrendous thing.”

In an email to KGW, Commissioner Hardesty said:

Given his role as the former Portland Police Association president I can understand how Rep. Barker felt the comments were personal. In addition to my public apology, I also sent an email to all city staff with another apology and made a personal call to Chief Lovell. At the end of the day, the accountability for elected officials is the voters. I took the concerns to heart and I can confidently say to Portlanders that I will continue to do my best to uphold the values and morals we share in my role every day.

RELATED: ‘Sometimes I screw up’: Hardesty again apologizes for inflammatory statement on police, vows to fight for continued reform