In solidarity with larger cities, smaller suburbs like Cedar Mill are protesting against systemic racism and standing up for those killed because of it. 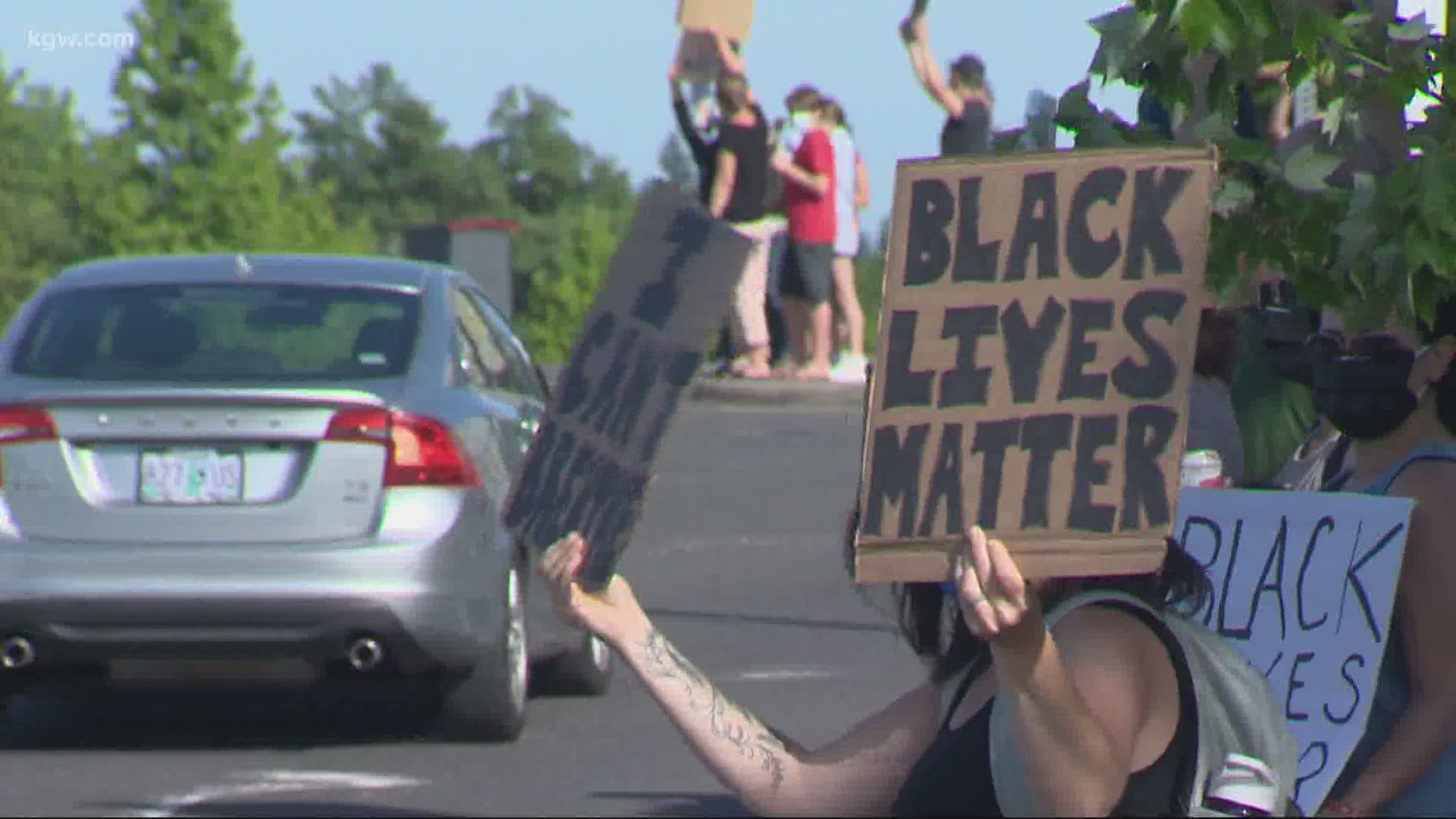 BEAVERTON, Ore. — Hundreds of demonstrators gathered in the Cedar Mill neighborhood to protest systemic racism Tuesday night. They gathered at the intersection of Northwest Cornell Road and Murray Boulevard.

“What's been happening in this country for hundreds of years is not  OK and it needs to stop now,” said Cody Moses, who brought her family. "Honestly, the white majority hasn't taken enough action or spoken out enough."

“This is amazing,” said Layne, a black woman. “There's a very small black population here but it's important to see that people are coming together in solidarity to protest this important issue.”

Layne’s family moved to Oregon in the 1970s to escape racism in Mississippi. Even so, she said racism is something she’s always felt.

“I've seen a lot of racism, overt and covert,” said Layne. “It's important for people to step up and talk about it and address it and have those hard conversations.”

Through tears, Beaverton resident Devon Shazier thanked as many demonstrators as he could for standing up for people of color, including himself.

“You see what's happening? It's real,” said Shazier, pointing to the crowd of demonstrators. “We've got to stick together... because the kids are watching.”