In a town where very few black people call home, hundreds of neighbors marched to show love and support to those who live there. 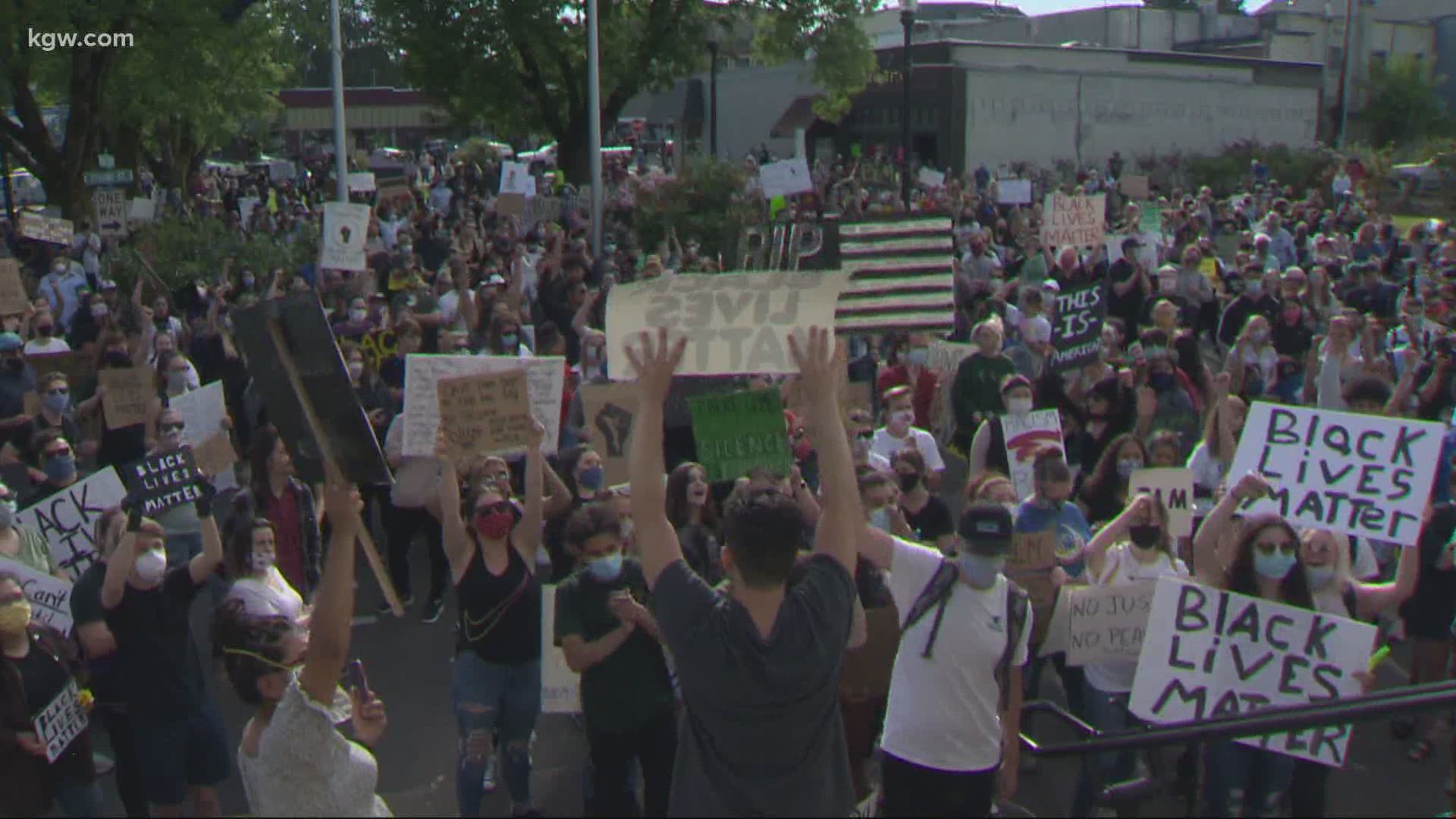 “It's important for communities that lack diversity to come together, because it shows… diverse people that they're welcome," said 18-year-old Savannah Manning. “They can stay here safely and they don't have to fear for their lives.”

Manning said she's one of just a handful of black students who attend her high school in St. Helens. She said over the years, people have often behaved ignorantly toward her.

“In my seventh grade class, my teacher would not allow me to wear my hair down compared to everybody else because my hair was fluffy and it was distracting, but it was different and it's beautiful,” said Manning. “It just made me upset that I had to deal with that."

Manning was excited to join a different Black Lives Matter protest organized by students, until a group of community members stopped it. They were worried about threats posted on social media suggesting riots like those that happened in Portland would happen in St. Helens. After that protest was canceled, other community members stepped in and made Wednesday’s protest happen.

“The fact that we could come here today and protest peacefully and I could let my voice be heard, makes me happy,” said Manning.

There were other voices too. As protesters marched by, one man called them names and shouted his response to the Black Lives Matter movement.

A few businesses around town closed for the day and boarded up their windows, including the post office. A group of people carried guns in plain view; a message, they said, to any outsiders with destructive ideas.

“We heard threats that they would try to come down here, try to destroy the town,” said Jaysn Kessinger. “So, we're here to protect it, keep the peace and support the protesters.”

Kirk Pierce lives in the neighboring town of Scappoose. He came to march with protesters and brought fliers with an image of George Floyd, the black man killed while in police custody in Minneapolis last week.

“I just thought it was important as a white guy to use my voice,” said Pierce. “To try to bring awareness to the injustice that's been happening for 400 years and is boiled over.”

The march ended outside the Columbia County Courthouse.

"It makes me proud that so many people are here in support," said Manning, who led the crowd in a chant from the courthouse steps.

"What do we want? Equality!" They shouted. "How are we going to do it? Peacefully!"