Skyler Roy Rider had an initial appearance in federal court where he pleaded not guilty.

PORTLAND, Ore — An 18-year-old Hillsboro man has been charged with assaulting a federally deputized Portland police officer and with civil disorder, the U.S. Attorney of Oregon Billy Williams announced Monday.

According to court documents, on Oct. 6 and into Oct. 7, Rider was a part of a crowd that had gathered and marched from Elizabeth Caruthers Park on the south waterfront to the U.S. Immigration and Customs Enforcement (ICE) building.

Over the course of the night, court documents say protesters flashed lights in the eyes of federal officers, some people threw rocks at officers and someone in the crowd threw a flaming object onto the roof of the ICE building. Because of those actions, officers forced the crowd back toward Caruthers Park.

As the crowd of protesters made their way back to the ICE building, documents say the demonstration was declared an unlawful assembly and the crowd was warned to leave the area immediately. Many in the crowd remained, including Rider.

Independent journalist, Justin Yau captured video of officers advancing on protesters who were using umbrellas. Court documents say Rider was in the crowd with a "distinct blue and white umbrella."

A Portland police officer who had been federally deputized determined that there was probable cause to arrest Rider for disorderly conduct and interfering with a peace officer, the release from the U.S. attorney’s office said.

“As the officer approached Rider to arrest him, Rider lowered the umbrella with both hands and forcibly jabbed the officer in the chest with the pointed end of the umbrella. The force caused the officer to gasp and curl over in pain,” the release said.

Rider was taken into custody. The U.S. attorney’s office said that he was dressed in all black and wearing a gas mask and body armor at the time of his arrest. Officers found two water bottles in his pockets and video later determined that Rider threw a water bottle at federal officers.

Rider had an initial appearance in federal court where he pleaded not guilty and was released pending a two-day trial scheduled for Dec. 29, 2020.

RELATED: Some Portland law enforcement officers have been deputized by the federal government. Here's what that means 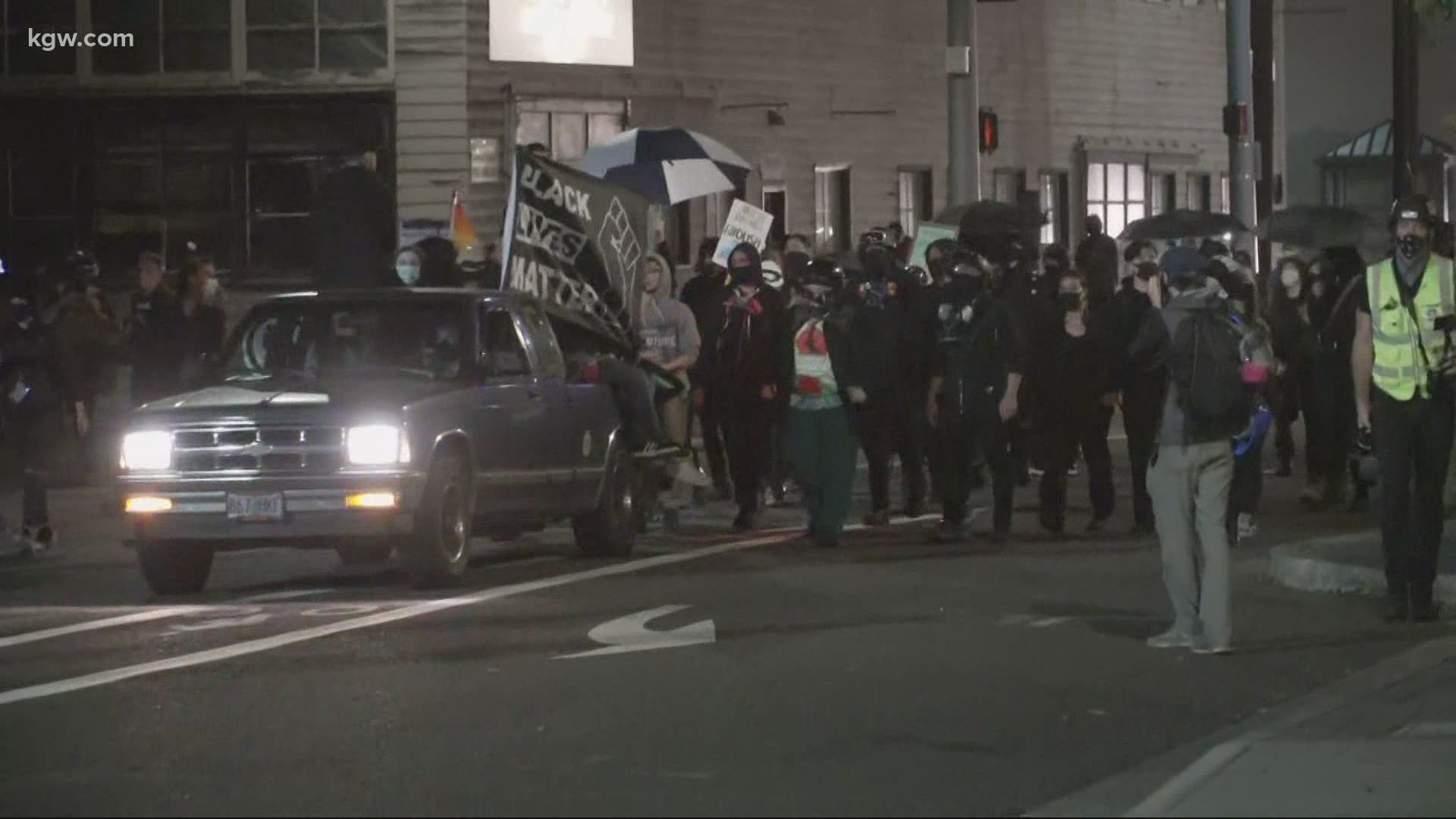