A judge will consider a temporary restraining order to restrict federal law enforcement in Portland. 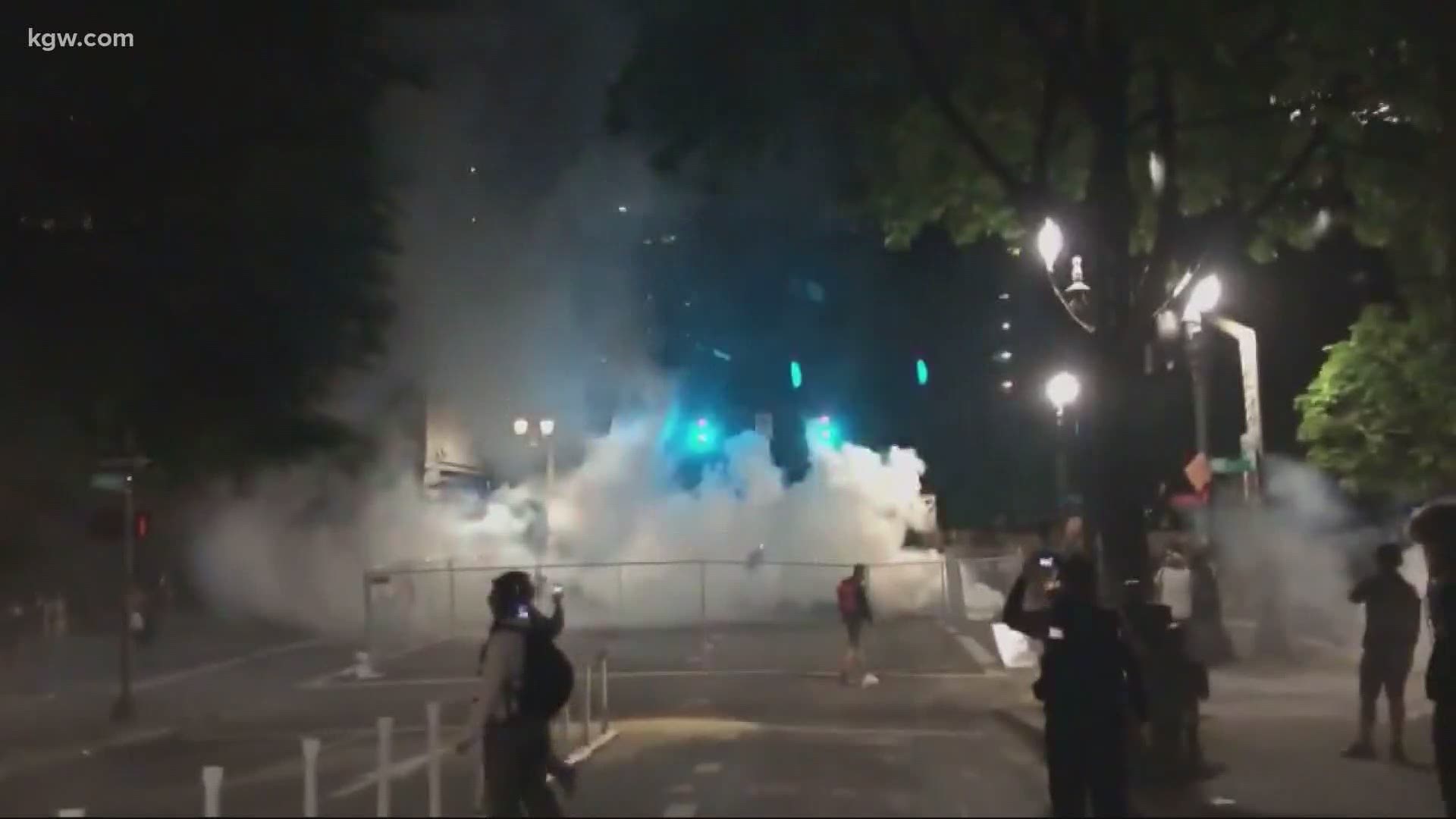 “It’s outrageous. It is a violation of the constitution and we’re not standing for it,” Rosenblum told MSNBC’s Rachel Maddow on Monday.

In court filings, several Oregonians said fear of federal officers prevented them from exercising their constitutional right to participate in peaceful protests.

“I think it is restricting my freedoms,” said Jennifer Arnold of Portland, who submitted a declaration in support of the AG’s lawsuit. “It seems like a very controlling maneuver to silence people, to restrict their movement, their freedom and to prevent them from speaking out.”

Similar lawsuits have also been filed on behalf of state lawmakers, a Portland church, the Western States Center and the ACLU.

The suits have slightly different legal theories and approaches, but all touch on the same issue: the role of federal law enforcement sent to Portland to protect federal buildings through an executive order signed by President Donald Trump earlier this month.

Jeff Dobbins, professor at Willamette University College of Law predicts decisions could come quickly on whether to grant temporary restraining orders and those decisions could impact other, similar cases.

“In a situation like this where there’s a lot of pressure from the community and obviously the stakes are very high, it’s not unusual for judges to have a hearing and be able to resolve something like this on the order of just a few days,” explained Dobbins.

The way cases are resolved in Oregon could serve as a bellwether for the rest of the country if federal law enforcement is deployed to other, unwelcoming cities as the president has suggested.

Wednesday’s hearing before Judge Michael Mosman will be held via video conference due to the coronavirus pandemic.

The judges handling these cases in Portland are located in the very courthouse that is at the center of this fight.